So, with Force Friday (aka September 4th) being the big day when the Star Wars merchandising juggernaught goes full speed, pictures of impending toys are leaking across the internet. One in particular caught my interest. Not for what it has – but what it doesn’t have.

This is a picture of one of the Millenium Falcon playsets. It features Chewie, Finn and BB-8. Now, it’s “The Falcon” – and we all know how the traditional pilot of the Falcon is: Han Solo. So where is he? I mean, sure – it could be just a design choice by the Disney and Lucasfilm, but if you pick at the details (which fanboys like us do oh so well), maybe it reveals something about the events of The Force Awakens. A critical event. An event that will change Star Wars forever. 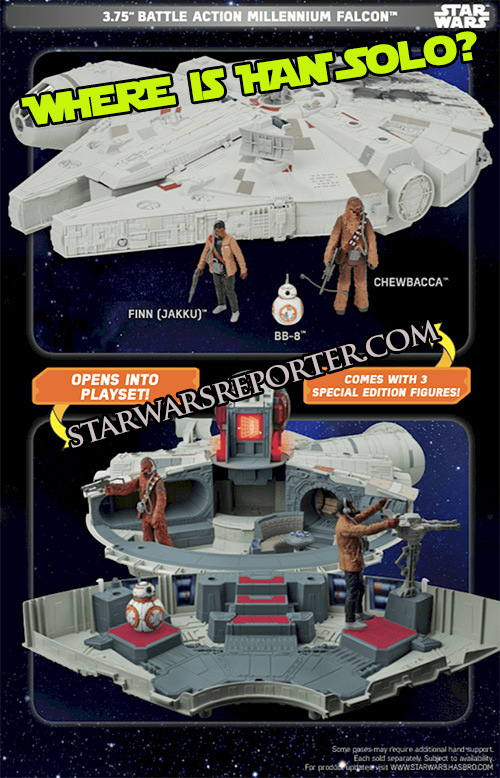 What if the Han Solo action figure wasn’t included because Han Solo is dead. Harrison Ford has stated publically that he wanted Solo to die in Return of the Jedi and killing the iconic hero would certainly create an emotional impact.

Now, this could all be air through the exhaust, but here’s a theory (because that’s the other thing fanboys do best – theorize with little to no evidence):

It’s been publically stated that Kylo Ren is not the actual name of the character – not his true name. He’s part of the Knights of Ren. It’s also speculated that Rey (Daisy Ridley’s character) is the daughter of one of the original trilogy heroes.

What if Kylo and Rey are siblings. They have similar features. They both are tall, lean and have dark hair. Who else has dark features? Han Solo has dark hair, as does Princess Leia. 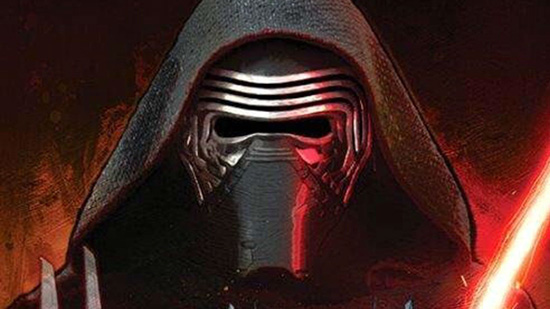 So what if Kylo Ren and Rey are the children of Han and Leia? This would certainly help explain Ren’s apparent strength in the Force if he had Skywalker blood.

So, based on this wild speculation here’s a theory: Finn, Rey, Han, Chewie and BB-8 are on the ice planet we see in the trailers. The one with the forest and the one with the First Order troops. They’re cornered by Kylo Ren, who is about to throw down.

Han decides to try to save his daughter and his new friends by confronting Kylo – alone. Not in a fight, but by revealing the truth of his and Rey’s parentage. A truth he ran from decades ago and by running from it destroying his relationship with Leia Organa. He opens his arms to Kylo, apologizes, and takes a huge step in growth as a character. He stops going Solo (if you’ll forgive the pun) and embraces responsibility of fatherhood and the cost of his mistakes.

This is an interesting twist on the famous “I am your Father” reveal in Empire Strikes Back. The heroic character is revealing his parentage in hopes of turning a character to the Light Side. It great twist on an iconic scene – but in dark symmetry with the original Kylo (like Luke before him) rejects this parentage and stays true his values. He stays true to the Dark Side. 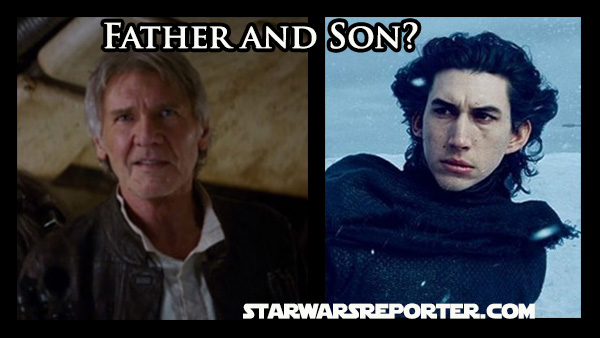 I imagine this scene taking place in the moments after we saw in the teaser trailer where Ren ignites the broadsword style lightsaber.

It would be an awesome scene, in my opinion. Or it might just be the speculation of a rabid fanboy.