It is being reported that The Force Awakens advanced ticket sales have reached $50 million and the film is well on its way to top the best grossing film of all time!

“Fandango told Variety that the film has become the biggest pre-seller in the history of the ticketing company, besting the inaugural installment of The Hunger Games.”

Because of the record breaking pre-sale, movie theaters are proactively adding more show times in their line up in order to meet fan demands. 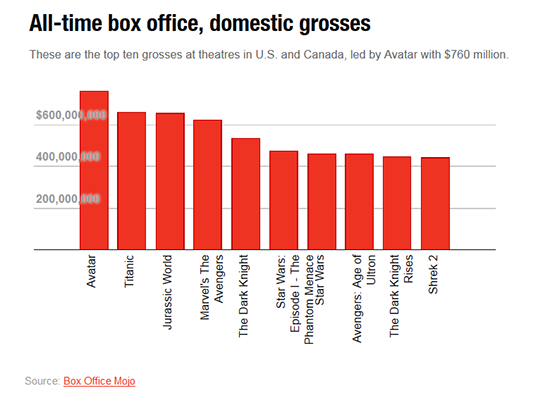 To fans, opening weekend totals, world wide sales, merchandising and reviews don’t matter as we have been anxiously waiting to revisit the galaxy we love so much! That said, it IS important to the “suits” in the studios. Maybe for good reason. With movies like Avatar and Avengers, the money studio executives are expected to generate bigger profits with each new “blockbuster”! To be honest, I don’t think any executive or producer is worries about “getting their investments back”. I think studio executives are already popping champagne bottles and lighting cigars as we speak.