It has been over a week since Blood Brother Cinema Co. took the internet by storm with their viral Star Wars themed film, “REBEL SCUM”.

REBEL SCUM is a film about a “Rebellion pilot who is hounded by death from the merciless Empire and a frozen grave, after being abandoned during the retreat of the Rebel Alliance from Hoth.”

Star Wars Reporter was able to catch up to the Director/Producer, Tim Nguyen, about the film and his “journey to Hoth” in this EXCLUSIVE inerview.

How did Blood Brother Cinema Co. get started in making films?

My brothers and I were making films from a very young age. It started as something we would do with our friends for fun and we realized how much we loved doing it! Growing up, we lived in several places all over the globe so we have had a taste for adventure and the extreme. Filmmaking never stopped for us and we definitely will continue on this path.

We wanted to tell a story that was relatively untold in the Star Wars universe of fan films. Also we wanted to stay away from the gratuitous use of lightsabers and green-screens. Our appeal was to get our hero into the worst possible situation and try to figure out a way of escape in terms of writing the script; to tell the stories of unsung heroes – both from the Rebellion and the Empire. 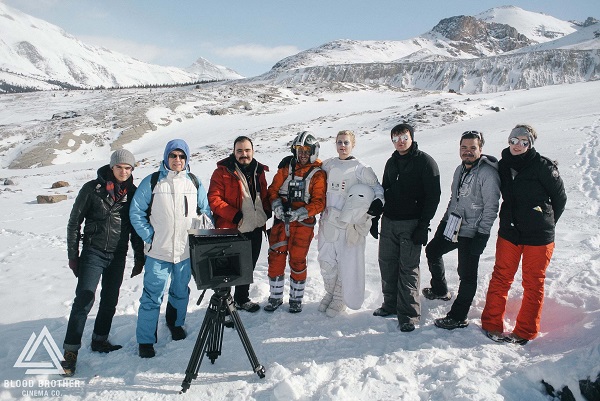 J.J. Abrams had said in interviews that he was terrified of Star Wars fans seeing The Force Awakens, as he didn’t want to disappoint such a dedicated fan base. Did you have similar fears at “doing a good job” for the fans?

I definitely can relate to that feeling but not on the same level as he would; especially having the job of relaunching the Star Wars franchise. The world of Star Wars is beyond what anyone can control or measure. Everyone has an idea or a memory of what Star Wars meant for them; so it was a little terrifying knowing that we were going to attempt building into that world and have it well received. For us, we just created an aspect of Star Wars that was meaningful to how we remember it.

What were the challenges filming in a hostile environment and cold?

There are lots of things that could go wrong filming in extreme cold. Heat loss and camera malfunctions were our main concern. We constructed a thermal housing for the camera to sit in and we packed it with hand warmers to keep it from freezing. Our incredible actress got it the worst. When you see the film and how the Snowtrooper is freezing to death? She actually was freezing to her core. Time really drags on and you can only film so much – especially with the lack of a sunlight in the winter.

As a Director, how do you motivate your crew and actors to perform in such difficult filming locations?

You give a rousing speech at the start and then hope they don’t commit mutiny by the end haha. Actually most of our crew worked with us for years so they wouldn’t expect anything less. It helps to be prepared ahead of time and knowing what they are getting themselves into. 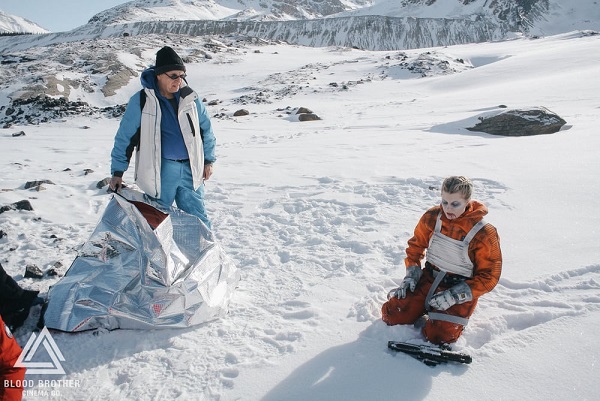 Why did you choose stop-motion over CGI for your film? How important to the film was it to use “old school” methods?

We just wanted to see a Star Wars film that used the old tech animation like the original films. To faithfully capture that old feeling you just have to do it. I remember how real they felt to me: so organic even with the herky-jerky motion and imperfections that come with stop-motion. It helps sell the “fantastically mythic” feeling when you watch it. You know it’s there – but you also know it’s a miniature. In addition it was a way to keep the cost of the film down. 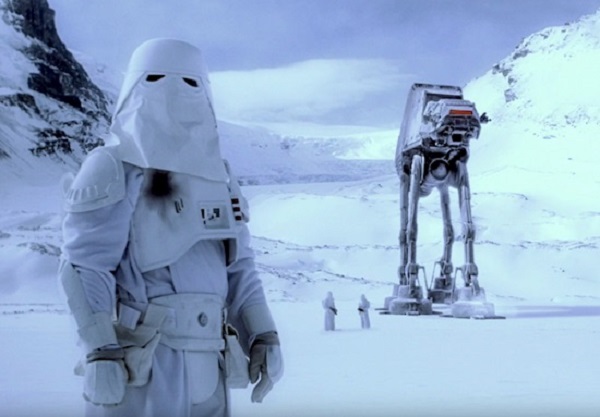 The desolate scenery and the silent and desperate emotions from the actors in the film is what stood out to me as the main ingredient that made this film unique from other fan films. Was this aspect of the film an important part in your mind that made it successful?

Yes it was vital to Rebel Scum. We wanted to see what would happen if we applied our filmmaking craft to the world of Star Wars. It’s really a film we would have done with any of our other works with the exception that it happens on Hoth. I think locations are characters in a film. A lot can be said when your protagonist aimlessly walks against and huge void of ice. In an age of instant action films we have forgotten how to just breathe and enjoy a scene; to take it all in and let it speak to us.

Are there plans to create more side stories from the other original trilogy? Will we see a continuation to the Rebel Scum story and the fate of the Rebel Pilot?

If we were to create more Star Wars films it would be from the original trilogy era. There are many character-rich individuals that could potentially have their story told. As for the Rebel Pilot? It’s nice having that cliffhanger ending… 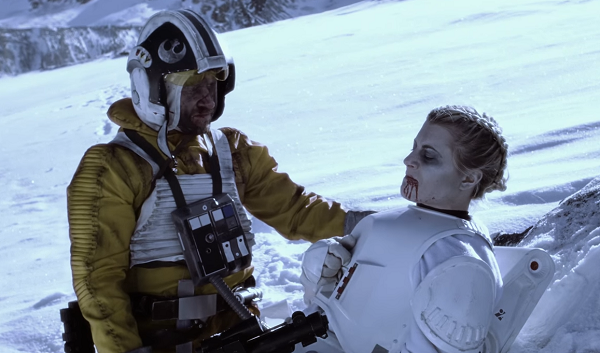 There has been an overwhelmingly positive reaction to the film with over 195,000 hits on Youtube, as well as numerous article features on several large media outlets. What do you think of all the publicity and praise you are receiving from the film?

I have been blown away by the support and love for Rebel Scum! We didn’t anticipate how big or well received it has been. I’m genuinely humbled by all of this. It is really satisfying know that people are accepting this film as part of the Star Wars they know and love. On a side-note: as 3 brothers trying to make it in the film industry it has been very encouraging that people are loving this film not only because of Star Wars but because they have seen beyond it and into our body of work. We are Star Wars fans but not just fans – passionate filmmakers with a vision and more stories to tell from endless horizons.

What did you think of Star Wars: The Force Awakens? Any possibility of a short film based in this era?

There are pros and cons concerning The Force Awakens for me. Seeing the old ships and worlds re-imagined with the use of modern cinema conventions was absolutely gorgeous. The speed and power of it is awesome. The practical effects were so enjoyable as well. I’ve had my concerns like other fans but I reserve my negative comments because I think Mr. Abrams has some tricks up his sleeve concerning the script. I know he has had incredible pressure making this film so I can identify on a very small scale. He is a master at what he does so I say let’s wait and see. As for as a potential Star Wars fan film I would say original trilogy all the way.

To learn more about Blood Brother Cinema Co. and their films, check out their official page: http://www.bloodbrothercinema.com/

Behind the Scenes with “REBEL SCUM”