Luke Skywalker:The Hero of Our Time by Miriam Orr

It is no surprise that human beings thrive on fiction.

The concept of being launched into “a long time ago”, or “in a galaxy far, far away” is one that has taken individuals by storm since the beginning of the ages. It is so powerful as to have a place in religion, as well – the Bible begins like a story, as do many other holy books and sacraments. Knowledge for many years was passed on through mythical fantasies and oral tradition – stories like Plato’s Euthyphro, which discusses the question of piety by telling a story, set in a king’s court.

And there is a reason for it, one not to be ignored: people gravitate towards myth and story and fiction. It gives them something to drown the harsh reality of life in; something to hold onto when their world is shaking. And, most often times, it provides a happy, opportunistic ending for an ordinary person experiencing extraordinary circumstances. Normal people can conquer space in science-fiction; the average –Joe can find romance in a ROMCOM book.

This is because human beings identify with characters in story – whether it’s the protagonist or the antagonist, it doesn’t matter. People find themselves in stories, or they find the person they want to be. Fiction allows people to live the adventures most only daydream about and become part of the action that would otherwise never have a place in the reality of their everyday lives. They get that one shot at being bigger and better – for doing the undo-able. In the pages of book lie mystery, passion, adventure, chaos, tragedy and a myriad of other experiences; all exaggerated for the pleasure of the reader.

It is the same in film. Movies are just moving stories which we watch with our eyes. While the connotations are different, they still flow in the same vein: movies tell a story, and people love stories. They are the embodiment of the adventures only imagined from books, the live-action version of many stories already written. They come to life in a new way – bringing characters we only once pictured in our minds into a tangible, real human being. And, for many people – they becoming inspired and empowered by such individuals coming to life and having the adventure we all crave deep inside of us. 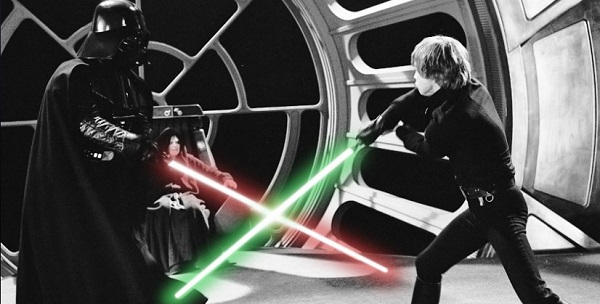 It is no wonder Star Wars is as powerful mode of communication and entertainment as it is. When A New Hope launched in the 1970’s, it “jump-started [science-fiction]…turning it from a vigorous but fairly small-scale genre into the dominant mode of cinematic discourse.” (Adam Roberts, Science Fiction; London and New York). The world of cinema and story would forever by changed by the arrival of the galactic battle between good and evil; the galaxy wouldn’t be the same.

With its ground-breaking arrival came Luke Skywalker – the hero of the ages. To many, he was the very embodiment of the culture he arose from. He was everyone’s hero, the neighborhood kid that anyone could identify with: a simple, down-home farm boy with big dreams and little prospects. As normal as a foreign-world could be to us was Luke Skywalker: seemingly hum-drum and the average 19-year-old kid. Little did we know, however, that there was a lot more to Skywalker than we imagined – enter Ben Kenobi, who would forever change the tide of young Luke’s life and dash any shred of normalcy left in Luke’s life.

It is the epic of storytelling – you have an average individual, mulling ignorantly through life, dreaming of something different, and then you have a ground-breaking and earth-shattering experience (good or bad) that launches them into their adventure. Usually accompanied by a companion, the hero begins his journey and finally starts to understand himself and his new life – all the things he’d been dreaming about, and sets off to conquer his destiny. We know the story – it’s in every book, movie, game and entertainment we consume.

It was Mark Hamill who brought to life Luke – he became the near-and-dear protagonist every storyteller hopes to portray: people began to dedicate their passions and what would become “fandoms” to Luke Skywalker – he was everyone’s guy; hero of our time, the underdog. With absolutely nothing going for him on the Tatooine sands, he was the boy everyone of just about every age could identify with. He became relatable. People began to see their lives in Luke Skywalker and dare to ask – if Luke could become great, than so can I. He broke the stigma of a perfect hero or heroine – he became the hero. With the arrival of Luke Skywalker ushered in an entire new way of approaching television and underdog characters. He, for many, revolutionized the idea of the hero’s journey. He began the man everyone wanted to be – the knight to change all knights; to balance the force and do what the fallen one was supposed to. Luke, an ordinary kid, was to change the galaxy.

For me, personally, Star Wars inspired me to be something bigger. Me, a normal 21-year-old girl lost myself in the epic of our time: I became a Jedi beside Obi-Wan Kenobi and Anakin Skywalker in Attack of the Clones, battled darkness and overcame obstacles in A New Hope, and gleaned from the wisdom of Qui-Gon Jinn and Yoda. Star Wars dared me to ask the bigger question of myself – I could do more. I could be who I dreamed of being – I could change my world. While watching The Phantom Menace I dared to ask the question – what’s the bigger fish in my life?

In my faith? In myself? While exploring the fandom, my faith grew and my confidence blossomed – so much so that I get to write this to you today, on a fan-based website; all things I never would’ve imagined – or hoped – for myself.

It’s the underdogs like Luke, others, and myself who make up society. It is from them change is born – from their ranks that every story is birthed. A powerful tale is woven in the beginnings of everday life and is tossed upside down by thrusting a hero into an otherwise unimaginable situation. It is their power of being both normal and rising to greater things that attracts the masses – it is their ability to be relatable and break the fourth wall, to reach out to us and grab us by the heart and make us see ourselves in their eyes that makes them truly heroes of our time.

It is their ability to be a simple Tatooine farmer and rise to a powerful Jedi that makes them truly heroes. 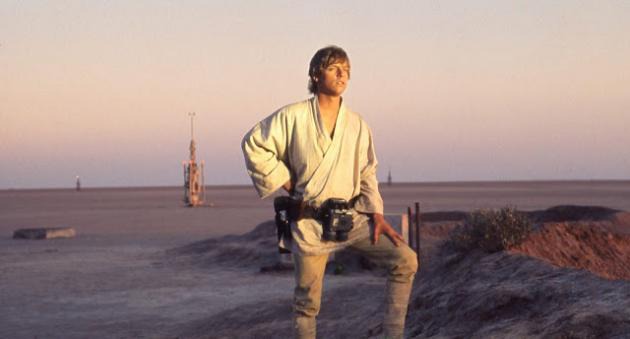 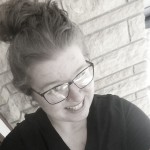