Han Solo is not given much credit, it seems. A dastardly, cocky, scruffy-looking nerf-herder like himself seems to appear to a more cynical audience – one that is not so taken with the arts of the Jedi or the mysticism of the Sith. Solo appeals to the original man in all of us, the man who looks reality in the face and calls it as he sees it: a half empty, lucky, practical guy who doesn’t pull punches and is as straight-lined as they come.

Thus said, it takes an equally daring and dastardly individual to portray Han Solo outside of Harrison Ford. But, just as with good story, the original journey does not stop where we leave Han and his friends and the Rebellion in the prequels, or Leia and Chewie in The Force Awakens. Han continues on, and will continue to do so if Matt Mickelson has anything to say about it.

I had the outstanding privilege of contacting Mickelson regarding his fanfilm Youtube series The Han Chronicles. A fan of Star Wars since the daring and adventurous age of 6, he first journeyed to the galaxy far, far away with his father in 1977 – an original fan, who saw the film for the first time on the big screen.

Set thirteen years after the battle of Endor, the story follows the (mis)adventures of Han Solo and his two children, well before Ben is ever a twinkle in the galaxy. His two children; intelligent and quick-on-her-feet thirteen year old Carmen and her spunky, precocious ten-year-old sister Navey seem to get into more trouble than their worth in the films. Set in a time when the Rebellion is at large and the Empire is held at bay, Han and his family travel the galaxy as they outsmart admiral’s going against the order of the Empire, which is now under Rebellion control.

Birthed out of his children’s desire to make a film of their own, the idea was conceived in the winter of 2014. Once their first trailer launched on Facebook, the response took off: 6,000 views in one day. “It has been good so far, as an editor, something to be excited about,” Mickelson commented.

When did you get the vision of the Han Chronicles?
Winter break 2014 my kids came to me and asked if we could make a STAR WARS movie and break out the green screen during their time off. I had the kids assemble costumes, props, and come up with a simple story line that worked with our age. I do a pretty good Harrison Ford and my oldest was 12, so Han Solo running around with his kids, 13 years after Jedi, made the most sense. I did not have a Leia look alike, so we made it like Mom was out of town on business.

What’s your goal with the videos? Personal entertainment or something more?
The main purpose was to have fun, and keep the story fun. The original Star Wars did not take itself too seriously and it was fun, so I feel like we have a similar vibe. Originally it was just supposed to be silly fun, but I wanted the characters to be serious and believable, but play with the “Dad, you shot first jokes” and the “Yeah, but don’t tell your Mom.” comebacks with his kids. I wanted Han Solo to be a mentor as much as a goof.

Where does the show fit in the SW timeline?
At the time of shooting my oldest was 12, so 13 yrs after the Battle of Endor. It is really simple to make story lines make sense if you think about it. I am the age Harrison Ford was in JEDI, but i could play 50ish – who knows, maybe the freezing process shaved off a couple of years. I made a Blade Runner sequel in 2012 and I just thought about what would happen 10 years later; what makes sense.

Was there anything in particular that fueled your passion for this series?
I always wanted to be in a Star Wars movie, and as a film maker and an actor it is always good to have new material. I really don’t see anyone like JJ Abrams or Lawrence Kasden putting me in their movie, so I might as well make my own.

How did Comicon get involved? To what extent has their presence launched your show?
I met some Mandolorian Mercenaries, Boba Fett, Lando and an R2D2 maker at Comicon 2015 NYC. I told them about the project and they decided to join in. They have been a great help and it is so much better to have a real person as opposed to a CG character. I also had a couple of Actor friends play Imperial officers. There is more to come soon, shooting Storm Troopers this month. The uniforms were also made out of stuff I found around the house. I did buy the officer hat though, but it all came together in the end.

What are your future plans with the show?
With more people getting interested I would like to do make an episode 4. At the end of Episode 3 they head to a Rebel base, I would like to see what happens after that. Boba Fett is already being paid to help Han Solo escape the Empire, who is paying him?

Boba Fett is alive?
Of course. This is 30 years before Kylo kills his dad, so we have plenty of things that can happen with the SOLO family, before his depressing end.

How has this story expanded your passion and understanding of Star Wars?
It reminded me how much I love the original MAGIC that the 1st series brought to MY world. I have a solid grasp of the music because all I had in those days were the vinyl records of the sound track. I would draw Star Destroyers and play with the figures during that. I remember exact cues that helped in the timing of my own film.

When you are crafting a story it is easy to get sucked back into the world of that story – you go to bed trying to figure how to wrap effects around your plot or solutions to make up for lack of technology or resources, like the original 1977 STAR WARS had to. Hence the name, Popsicle Sticks and. Bubble Gum. You have to get creative like the original films did and dare to take chances. That’s what Star Wars is about – imagination and creativity and figuring out problems.

Is there anything particular you want to communicate with Chronicles?
I would like to be more involved with LucasFilm or ILM and the film making world. Professionally, I am on the fringe trying to get my own projects made, working as a camera man, and an actor. A professional step would be huge.

What advice would you give on future cosplayers/storymakers?
Make it fun, but make it good, share your vision with your friends. Have a story. I see a lot of films and Fan Films that have no story, they have their head in the SFX . I would rather see a great story no matter how it looks.

And, most importantly – WHY do you love Star Wars?
I love the fact that it IS a different place and time. It has nothing to do with Earth, pop culture, the tech and humor of the day, It is it’s own world.
It is authentic to itself, it should not be infected with OUR culture to sell anything. That is why the original worked so well.

Star Wars encapsulated the same story every culture shares: a nobody from nowhere is asked to save the universe and is befriended by a common purpose to stop evil. Simple, yet so fundamental to being human and finding your purpose and fulfilling that need to be needed.Thanks, George Lucas.

Mickelson states that he plans to add some twists to the plot – no spoilers here! He currently is taking steps to film live Stormtroopers and Imperial Officers, and is enjoying time with his children and their efforts in plotting Han’s next move.

They may not look like much, but they got it where it counts: check out Mickelson’s adventures here: https://www.youtube.com/channel/UCkbUs0b2RnPiP0Io2WI_2-Q 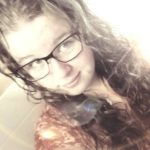