British born Craig Davison has always had a love of art even from an early age. His career began drawing for children’s comics with such titles as Huxley Pic, The Wombles and The Shoe People to Bangers and Mash.

As his skills increased and his experience expanded, Davison took his talents to the video game industry. His catalogue in gaming included Zorro, The Huld and The Hurricanes.

It was the amazing and thoughtful Star Wars themed art of Davison that caught my attention. The scenes he recreates combining the imagination of children as they act out their favorite Star Wars moments bring me back to my own childhood where I played out as Luke Skywalker saving the galaxy once again!

Craig Davison’s Star Wars art made me an instant fan. So I was thrilled when he agreed to an interview with Star Wars Reporter to talk about his inspiring work. Along with the interview, Craig offered us an original Star Wars themed sketch to use as a giveaway to our readers! Giveaway details will follow this interview. 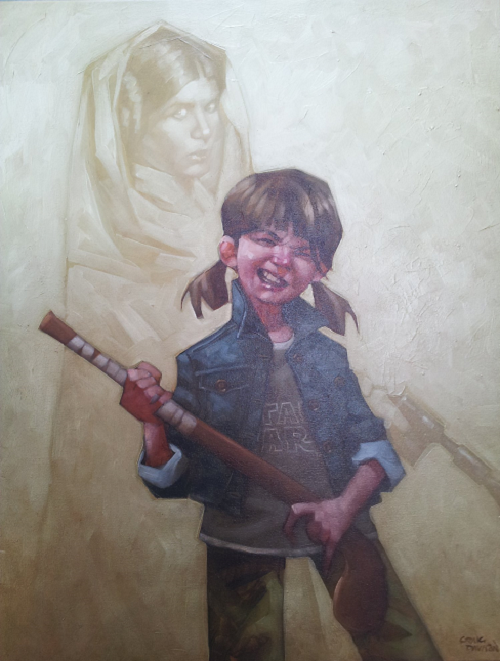 How would you describe your style of art?

CD: “Old School Illustration” All my major influences are for the most part illustrators, one in particular is N.C. Wyeth, who illustrated books featuring pirates, cowboys and knights, I guess that’s why I paint what I do, trying to get that sense of adventure in my images. I also try to make what I do accessible, with no pretension, I want my paintings to have a simple narrative, if I had to write several paragraphs to explain what I’ve painted I feel I would have failed as an artist.

What attracted you to creating work based on Star Wars?

CD: When I began the “shadow paintings” they were based on my own childhood memories, cowboys and Indians, universal monsters, WW2 movies, Ray Harryhausen films, riding bikes and throwing rocks. As more people saw them and connected with the idea of representing a child’s imagination, I started getting lots of requests, Star Wars was by far the most popular.

I’d painted two or three SW ideas, and was commissioned to paint an idea involving Boba Fett, which got a lot of positive feedback. It made me realize how many great SW characters could inspire paintings, so I decided to do a series based around the original Star wars trilogy, it ended up being 22 paintings and became a successful gallery exhibition “In A Back Yard Far Far Away”. 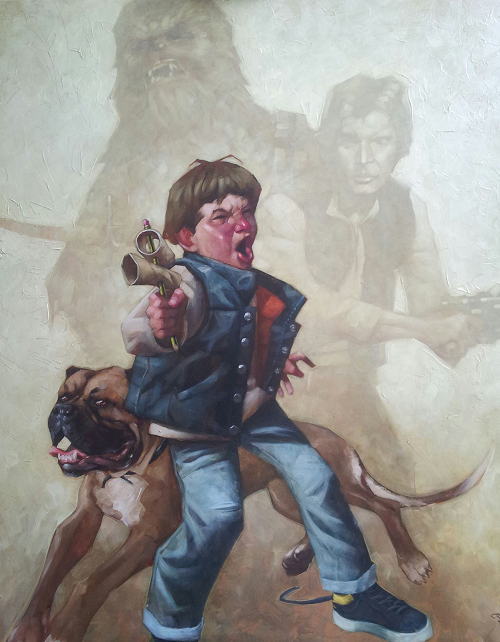 You depictions of children playing out, Star Wars scenes bring back memories of my own childhood where all I wanted to be when I grew up was Luke Skywalker. Are your own childhood memories the inspirations for these?

CD: I saw the original Star Wars when it was released and remember queuing for what seemed an age to get in, as a ten year old it blew me away, I’d never seen anything like it. It’s one of the things that got me drawing; I used to get the Marvel SW comics and loved sketching the characters. But never acted it out, so ideas for the SW images are a mix of imagined scenarios or ideas people have given me, “BMX Wings” was inspired by a Star Wars fan in the States.

What aspects of your approach to depicting the subject of your work makes you unique and set you apart from other artists who have used the same themes as their inspiration.

CD: The focus of all my paintings is the children, no matter what the subject matter in the background. My aim is to capture the imagination of the children involved, I enjoy showing the kids using mundane objects that help transform them into someone else, in a fantasy world they can control.

In a recent Tweet about your Star Wars themed art, Mark Hamill said, “Love this artist! So evocative & heartwarming-Really captures the sense of wonder & hopefulness of childhood #FabArt”. What does it feel like to get such praise from one of the legends from the Star Wars franchise? 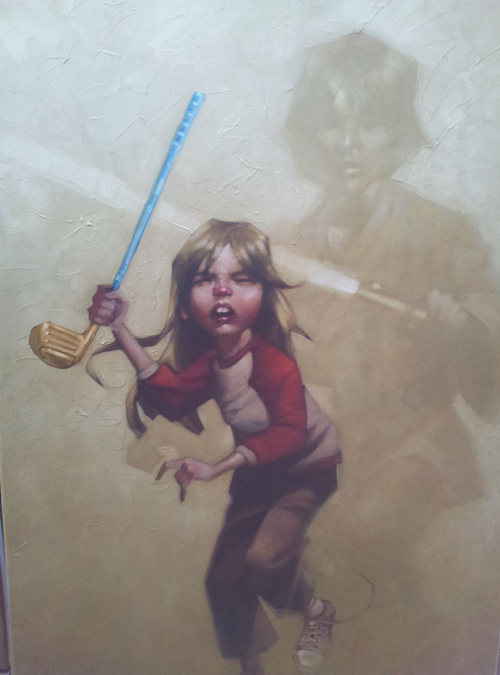 CD: Great! I’m always pleased whenever anyone likes my work, So it was a big deal that someone featured in one of my paintings had seen my work, the fact that Mark Hamill liked it and let people know, was a huge bonus.

Star Wars has a very devout and outspoken fan base. Are you ever worried about what they will think of your work? How are you being received by the fans?

CD: I’m not worried what anyone thinks of my paintings, people will either like or not like them, that’s their choice to make. That said, all my paintings are very positive, I don’t want to trash anyone’s memories. The Star Wars images particularly get a lot of attention and everyone has been very supportive, all the feedback I’ve had has been very positive, which I’m grateful for. 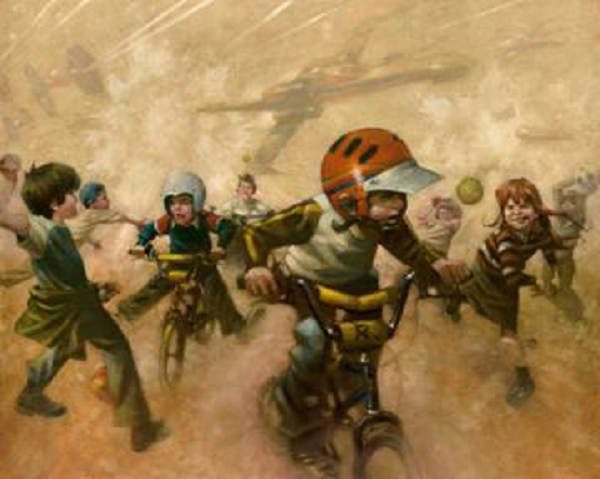 CD: No one character stands out for me, which is what was so enjoyable about painting “In A Backyard…” it’s the sheer number of different individuals, but if I had to choose, which you’ve asked me to. It would have to be the Stormtroopers, it’s such an iconic image.

What is your favorite Star Wars film? What did you think of The Force Awakens?

CD: That’s an easy one, The Empire Strikes Back it’s the most character driven of the films, with some great set pieces, a huge reveal plus you’re left with a cliffhanger. I’ve yet to see The Force Awakens. Visually it looks great, along with Rogue One. I hope the story moves in a different direction from previous movies.

THE GIVEAWAY IS NOW OVER

Check out a small sample of the Star Wars themed work by Craig Davison below: 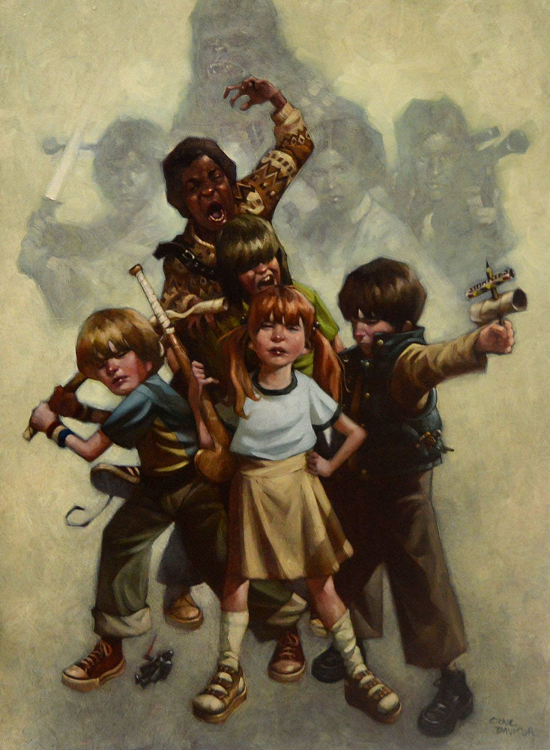 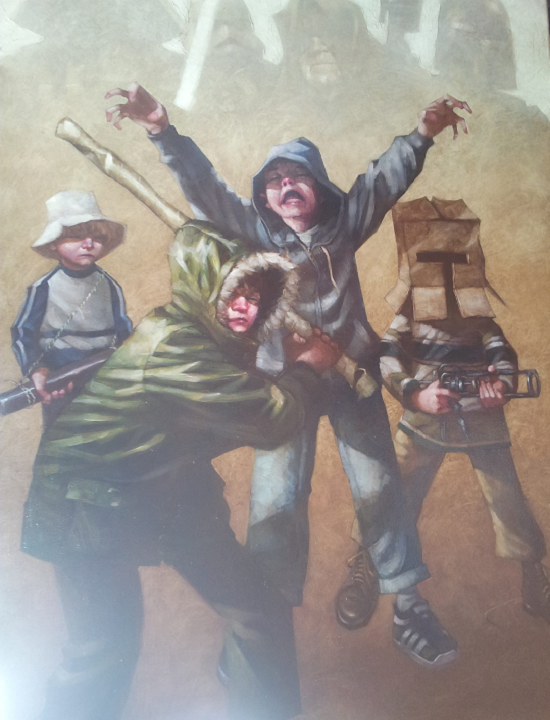 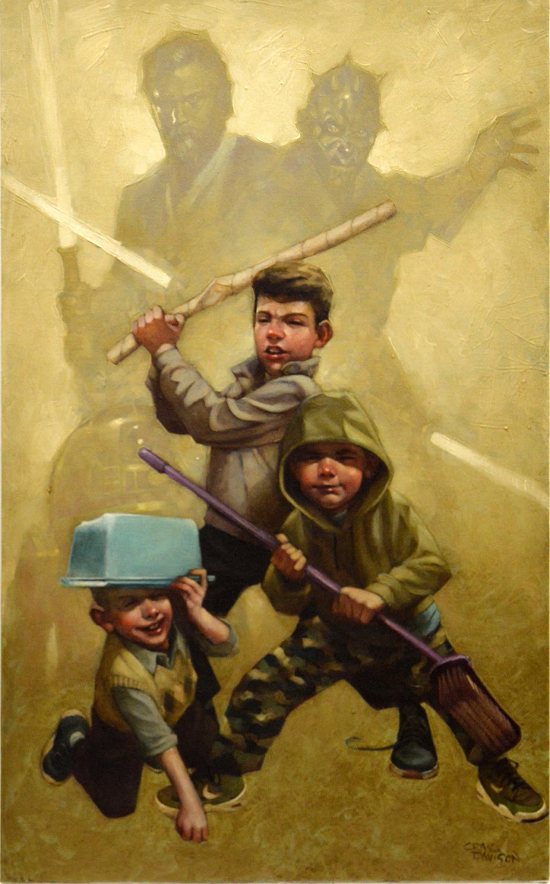 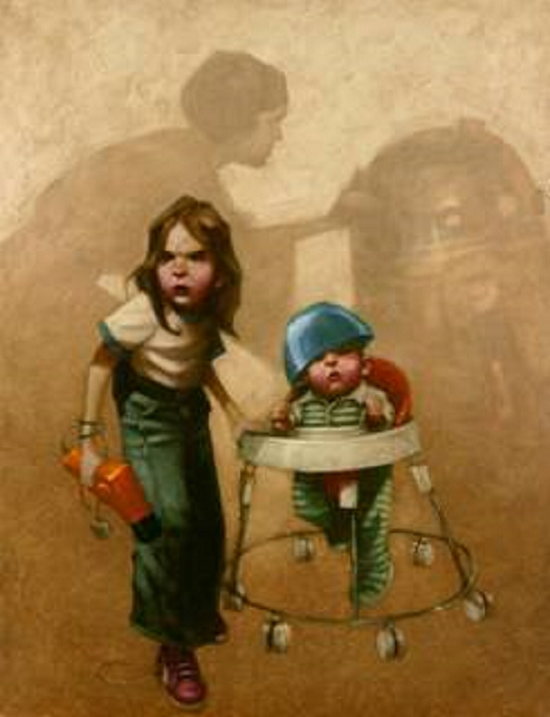 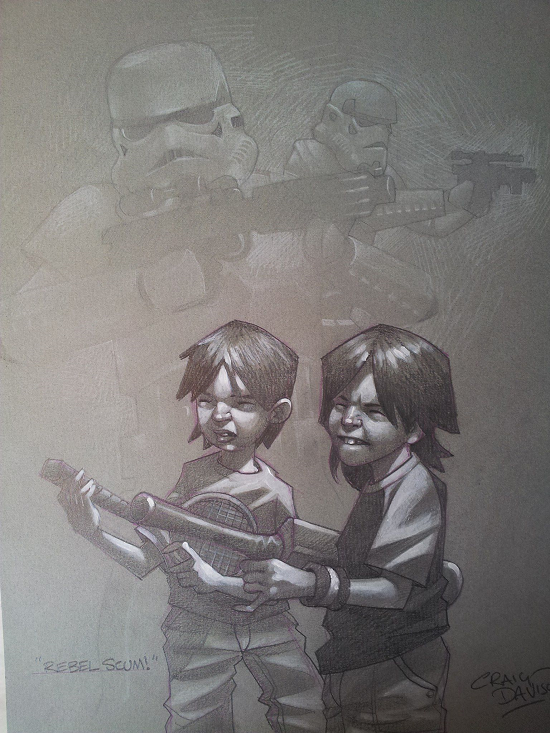