After watching Star Wars: The Return of the Jedi when it first released in theaters, it became my favorite of the original trilogy.

I loved the addition of the Scout Trooper and speeder bikes, Jabba’s palace, and the growth and final test of Luke Skywalker as he defeated the Emperor and brought his Father back to the side of light. The one thing that stood out for me and was among my favorite, was the introduction of the Ewoks.

To me, the Ewoks represented a classic tale of a seemingly weak group of people, overcoming their lack of technology to defeat a far superior and technologically advanced force. A “David vs. Goliath” story for sure! And they were cute, too!

Recently, I discovered the Ewok creators at Space Bear Props who agreed to talk to Star Wars Reporter about their amazing prop designs.

How did you start creating Ewoks for sale?

SBP: Well I originally began building display pieces for the Star Wars charity costuming organization, The Rebel Legion, to use as photo ops while raising money for charities such as Make A Wish and American Cancer Society. That’s actually still the bulk of what I do.

SBP: I’ve always been particularly fascinated by Return of the Jedi. Ewoks, Biker Scouts, Speeder Bikes. All of that!

How long does it take to create an Ewok?

SBP: I don’t make castings of any of the pieces, so every face, body, toes, teeth, it’s all individually hand sculpted. I make prop replicas and fan art pieces such as these in my spare time, so being a full time EMT, so it takes a good month of my free time for every one.

What is the furthest place a customer has lived that has ordered one of your Ewoks?

SBP: I have happy Space Bears living in Australia.

What is the process in creating one of your “Space Bears”?

SBP: It’s all free hand sculpted. The faces and toes and sculpted. The hands are all leather, and I used a foam design in the body so it’s very light for its size, but I put in articulated shoulder and elbows for posing. 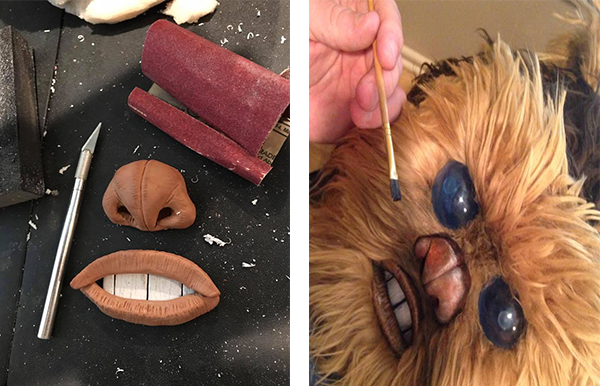 Ewoks are disliked by some fans (Not SWR – We LOVE EWOKS). Some criticism has been everything from “too cute” to “how could they have beat the Empire?” What are your thoughts on the Ewoks and their role in the Star Wars universe?

SBP: I love the Ewoks! They instantly grabbed my imagination as a kid. You don’t mess with Ewoks on their home turf. The Empire found that out the hard way.

SBP: I had the pleasure of sharing my work with a large number of Original Star Wars actors from Anthony Daniels to Puppeteer Dave Barclay.

SBP: I’ve also met a few of the actors who portrayed the Ewoks and they have been among the kindest celebrities I’ve ever met. I had a chance last year to show my work to the Ewok Actors- Kevin Thompson, Deep Roy, Margo Apostolos, Felix Silla, and Debbie Carrington. They made Ewok jokes and were fantastic, and have been very supportive of my pieces since then as well.

I recently did a piece for the Star Wars Celebration Europe Biker Scout Project charity auction that received an endorsement from Mike Edmonds and some kind words from Warwick Davis as well.

Have you or do you have plans on creating other sci-fi aliens?

SBP: I have plans to make a Muftak and I’ve done other pieces as well including a life sized Master Splinter from Ninja Turtles. 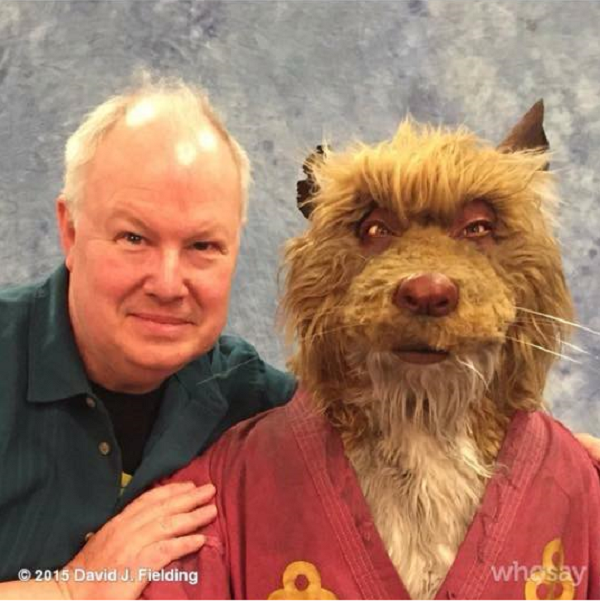 What are your thoughts on the past Lucasfilm Ewok projects, such as: Ewok Adventures cartoon, and the live action TV specials?

SBP: I grew up with them, so as a kid I loved them! As an adult it kind of breaks my prop loving heart though, because for the Ewok films they actually took the original ROTJ Wicket costume and drastically altered it. So the wicket we knew from ROTJ no longer exists.

To see more work from Space Bear Props or to commission one of your own, visit the official site HERE.

To learn more about and to support The Biker Scout Helmet Project, visit the official site HERE. 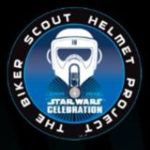 “Following the Star Wars Celebration tradition of the great, fan-organized art helmet projects are the fans and artists of the Biker Scout Helmet Project. Dozens of creative teams and individuals were invited to participate in the Project, to create one-of-a-kind art pieces from a standard biker scout helmet. The proceeds will go to support the Make a Wish Foundation.”