I’m gonna reach back in time a bit again because that’s where my Star Wars reading roots were planted – mostly in the books of yore, when the OT was finished, fading in the rear-view mirror, and the Star Wars cinematic landscape was as dry as a Jakkunian desert.

Today we delve back to Shadows of the Empire, an interesting entry into our Star Wars universe.

Although we were in the great void between the OT and PT, 1996 was a marker year for Star Wars. Spearheaded by Timothy Zahn’s wonderfully entertaining Thrawn Trilogy, the franchise was slowly awakening from its carbonite induced slumber. Whispers of the re-release of “special edition” versions of the original movies were permeating the news feeds of geekdom, and a nice array of EU novels and comics were beginning to pile up. Indeed, something was brewing. The powers that be (ahem, Grand Admiral Lucas) were aware that this Star Wars thing was still relevant. The people wanted more…the people wanted something.

In 96′, Star Wars was to get a well needed kick in the rear.

Enter Shadows of the Empire. It was singular in that this title represented more than a new book: it was a movement, a resurgence of the franchise, and a testing of the waters. There was a video game, comic book series, toys, and even its own soundtrack. And Lucas himself stated that had he had the time and inclination a few years prior, he might have made it into a feature film (or at least something close to it). 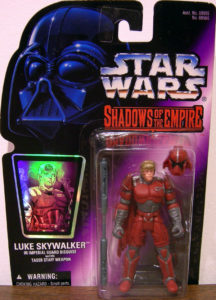 Shadow’s reception did help to endorse the idea that demand for the special editions was there. And boy was it ever. In 1997, large audiences eagerly flocked to the theaters to see all three Star Wars movies on the big screen again, and rejoice in all the “goodies” the new versions delivered. The aformentioned goodies were a mixed bag (which were subject to scrutiny and celebration in myriad articles themselves), but overall, the message was clear – Star Wars was as beloved as ever.

Getting back to 1996…. Written by Steve Perry (no, not that Steve Perry, Journey fans), Shadows of the Empire was a fun addition to Star Wars lore. Like a lot of Star War books, it wasn’t a Shakespearean tome, but a fast-paced and fun, (if not formulaic) Star Wars story set right smack in the middle of The Empire Strikes Back and Return of the Jedi. You know, looking back on it, I find it curious that so much of the era before the original trilogy has been explored, but the period between the movies, when our heroes were at their heights, has gone largely untapped…

Shadows of the Empire introduced the villain, Prince Xizor, a powerful alien overlord vying for Darth Vader’s position beside Emperor Palpatine. For me, Xizor was a sort of “underground” Thrawn – a character who was nearly as cunning, but in a underhanded way; something akin to a mob boss of sorts as he was the leader of the Black Sun crime syndicate. Xizor and Vaders’ power struggle is a constant, interesting thread throughout the book, as it displays Vader’s obsession with finding his son somewhat hampered by having to deal with a worthy opponent.

With Han Solo still frozen in carbonite, and Princess Leia desperately searching for Boba Fett, Luke Skywalker continues to further his path toward Jedi Knight. The book features Luke constructing his lightsaber in a scene similar to the one that was edited out of Return of the Jedi. Most of the original trilogy’s main characters are present, and like Zahn’s Thrawn series, Shadows feels about as close to being a canon story without ever really being confirmed as such.

Another popular character Shadows of the Empire introduced was Dash Rendar, who really took the place of Han Solo while remaining singular in his own right. Hired by Lando Calrissian to find Solo, then subsequently sidetracked and hired by Leia to watch over Luke, Rendar displayed his abilities as both a superlative pilot and formidable warrior. His brashness and cockiness take a hit, though, in one of the book’s more poignant and intense moments, which I won’t spoil here. Rendar remains popular today; and with a glimpse of a very similar ship to his own, the Outrider, in Star Wars Rebels, speculation is still abuzz as to whether Dash Rendar is indeed an official part of the Star Wars universe. 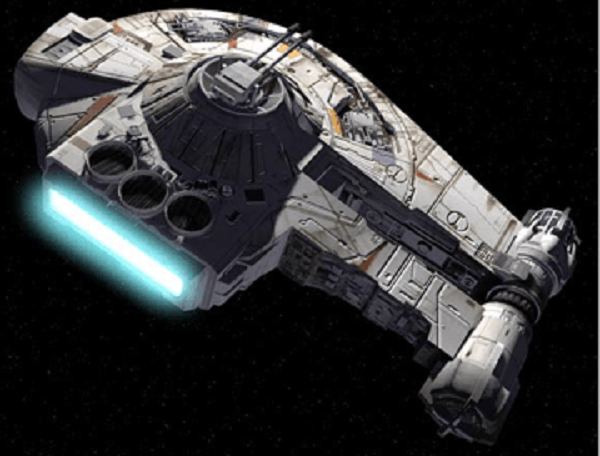 One cannot speak of Shadows of the Empire without giving props to the Nintendo 64 and PC video game. It was wildly popular amongst Star Wars fans, and rightly so, being one of the franchise’s more entertaining and successful video games to date. As Rendar, characters fought their way through multiple levels, including the Battle of Hoth, and a harrowing encounter with an AT-ST. And who can forget the Boba Fett fight? The graphics were impressive for the time, and the levels included some of our favorite Star Wars environments. The game emphasized the success Shadows had on multiple fronts, being far more than just a novel, as the video game, book, and toys all tied together. The novel even had a sequel in the form of a short comic series. 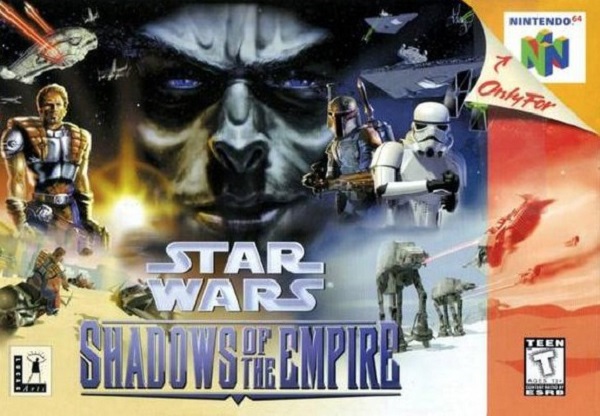 So there ya go! I recommend the novel; it’s fun, but don’t expect high level sci fi writing. It’s something akin to reading an epic comic book itself, with some nice glimpses into a lot of the saga’s main characters, and some memorable new ones. The entire Shadows “campaign” brought about a new era of Star Wars, with the ensuing special editions, then the Prequel movies. It’s a landmark in the historical timeline of the saga in that it showed the potential interest Star Wars fans held for more adventures in that galaxy far, far away.

Until next time, friends! Be safe, enjoy, and may the force be with you…always.