With Star Wars: The Last Jedi opening in theaters soon, Omaze has teamed up again with the Star Wars cast to announce this amazing “EPIC Star Wars Experience”!

The contest was announced earlier on Good Morning America in a fun video featuring Mark Hamill and Daisy Ridley. Poor Daisy has never been to Skywalker Ranch but maybe YOU have a chance!

NO need to break into Skywalker Ranch. Just ENTER to win the Star Wars prize which includes: 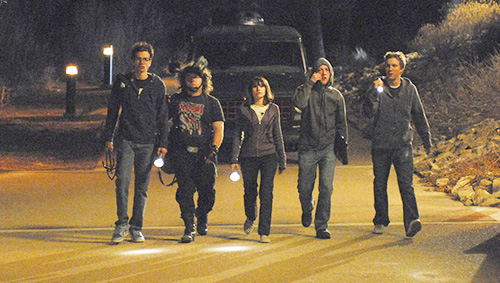 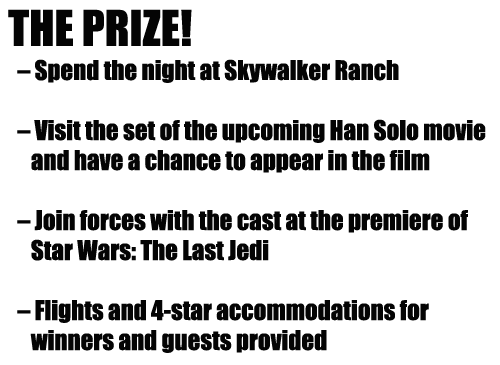 Go to the OFFICIAL PAGE to ENTER.

Your donations to Omaze not only enters you into the grand prize but you also become a FORCE FOR CHANGE in support of UNICEF and Starlight.