Man, it seems like we’ve been celebrating the 40th Anniversary of Star Wars for…well, for forty years now, right? Ha! Okay, okay, not really, but if we had been, it’s with good reason. It’s been a heckuva last couple of months, with Star Wars Celebration Orlando really rocking our world, hosting a galaxy of special guests, and culminating with the release of The Last Jedi trailer. And now May 25th is upon us, the real anniversary. It’s befitting to salute this sacred day, to raise our lightsabers to the sky, with honor, pride, and a bit of tearful remembrance. Forty years. Yeah, it’s been a remarkable run, filled with joy and adventure; but sadly, now the decades have also taken their toll, as this period in the Star Wars era has endured some heavy losses, most notably Carrie Fisher and Kenny Baker.

But wonderfully, as it does, so does the legacy of Star Wars grow and, hence, those who have passed will never be forgotten.

Here on May 25th, 2017, it’s hard for me not to once again find my ruminations wandering through the halls of memory, where dwells the sparkling images and impressions of the past. When I think of myself and the world I lived in as a five year old kid back in 77′, it’s sincerely as if I’m peeking in on some distant dream. (Uh oh, I sense a disturbance in the force – old man speak coming!) Ah, what a different era… I can hear the echoes of children laughing in my neighborhood, innocently playing in the literal and proverbial sandboxes of a simpler world, where modern technology was just starting to creep into our lives without entirely intruding upon it. I’ve written before and I’ll write again: the dawn of the Star Wars era was a great time to be young, when the hope and wonder of technology merged with old school imagination and ingenuity. The complexities of adulthood and a post 9/11 world were a million miles away, and the possibilities for my life seemed as limitless as my imagination. 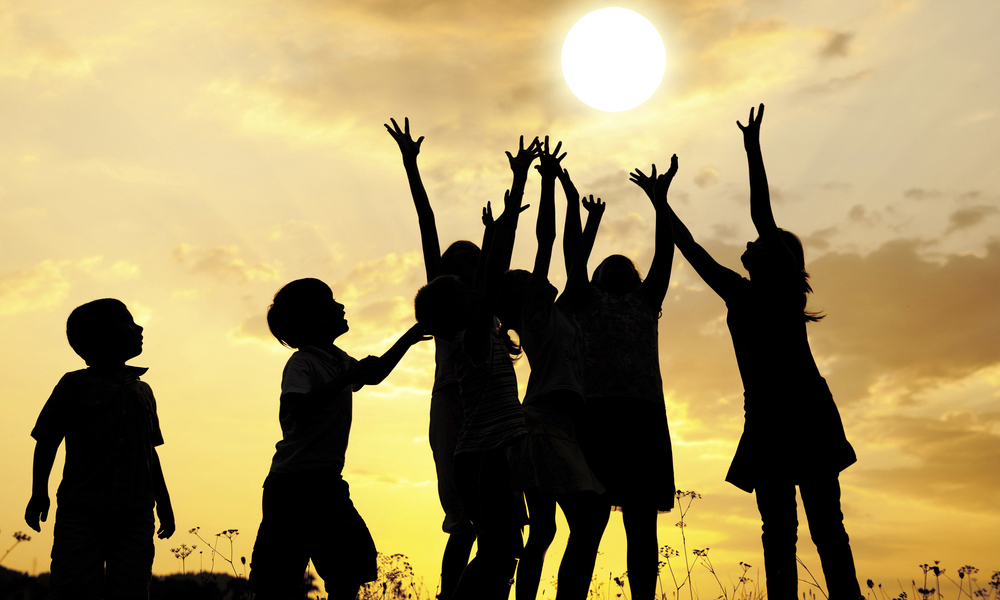 Then Star Wars came along and blew us right out of our seats. That the rough-edged seventies could produce something so refreshingly upbeat, imaginative, and groundbreaking from seemingly out of nowhere caught the world totally by surprise.

This is one of the incontrovertible truths about Star Wars: it really did make us see the world differently. It’s not just something someone like me likes to pontificate in an online article (Well, I do, but anyway…). On that glorious day in the summer of 1977, after the movie had played out, and the lights came back on and my folks led me out of the theater, I was a changed little guy. I really was. For me, for countless others, everything was different. My eyes were ever after looking up, looking out, and looking beyond. (Some of my teachers would have agreed that Yoda’s initial assessment of Luke was applicable to me – never his mind on where he is, what he is doing! Adventure, heh, excitement, heh, an elementary schooler craves not these things!) Oh, brother, yes he does!

So you see, it isn’t just wistful reminiscing when folks say Star Wars changed the world. From a creative, philosophical, and technological standpoint, things were never the same. (Put that in your pipe and smoke it Lucas haters, the guy essentially supercharged everyone’s ideas on how to create just about anything.) Suddenly, there was a whole new universe to explore, both imagined and real; suddenly, people’s eyes were open to possibility in all facets of life. Simply put, Star Wars injected the world with hope and wonder, and the drive to go forth and apply that inspiration to everyday life. It’s no coincidence that the years following Star Wars’ release were rife with advances and replete with an era of movies that to this day is revered as one of the most creative periods in history. Everyone’s imaginations were blown wide open, and it was apparent everywhere you looked.

And what better time than now for Star Wars to return to prominence, to enlighten us, entertain us, and remind us that it is goodness, imagination, and hope that makes the world turn. When unutterably horrific and senseless tragedy seem commonplace, what better time to remind our children that heroes exist, that immeasurable evil can be overcome, and that ultimately, the fallacies of human nature are outweighed by the inherent desire of the common man to do good. Even as a very small child, these fundamental lessons were very apparent to me, and I’ve held onto them dearly my whole life.

The older guy who’s writing this marvels at the years gone by. Forty years ago today… unreal. But the child in me will never forget that wonderful time, seemingly so long ago, yet not so far away. And I’ve never let go. I never will. I truly enjoy the Star Wars universe now more than ever.

I am forever grateful I had a wondrous childhood, and though I owe that to my amazing folks and friends, I attribute it at least in part to Star Wars. (Of course, right? Hehe…)

Now, it doesn’t matter when you were born; if you’re a fan, specific Star Wars memories have marked themselves all throughout your life. The first time you saw Empire; the first time you saw any of the films in the theater; a scene in one of the movies that had an impact on you because it related to a specific event in your life; the experiences shared with your children. The reasons are endless, and the experiences and memories are singular to you and your loved ones. Star Wars is yours, in whatever capacity you hold dear.

For many of us, Star Wars is part of the family. 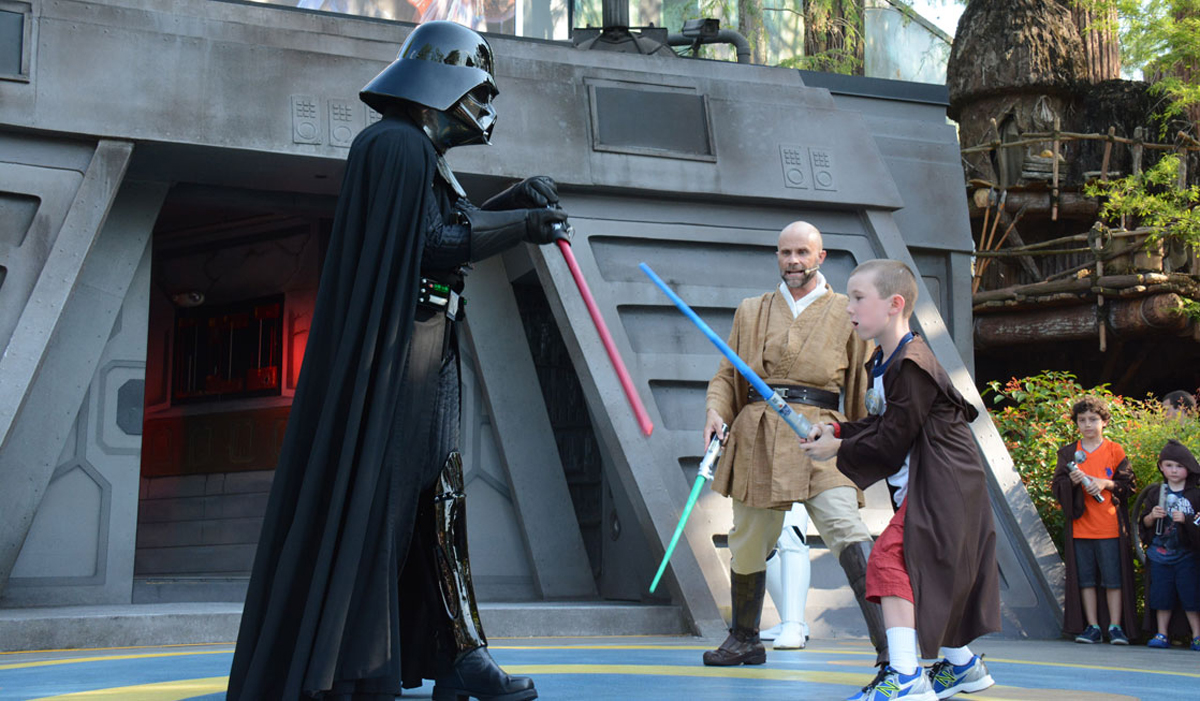 Now I sit back and smile as I ponder how it has stood the test of time. It’s taken its hits; it’s garnered a few bruises and lost some midichlorians along the way, but it charges forth into new territory as Disney has it firing on all cylinders. Its lasting impact is undeniable. It is the myth of our time, the stories for which our era will be remembered, and a measuring stick for stories to come. As the sequel trilogy serves as the torch to be handed down to the next generation, I feel a tremendous comfort knowing that there’ll be millions more of those wide-eyed children forever enchanted by the magic of these movies, and I’m grateful that they’ve been there my whole life, and will be evermore.

So here’s to you May 25th! Here’s to summers long past, and summers yet unborn. Here’s to another forty years, and however many more destiny has in store. Here’s to all of you out there, fans young and old alike. Be safe out there my friends. Be proud and fare well. And in a world still grappling to find its collective conscience, take comfort that there are others out there like you, others who learned something of how we rightly conduct ourselves here on earth by losing ourselves in that galaxy far, far away.

My friends, May the force be with, always…