The awards are out at the 43rd annual Saturn Awards and Star Wars franchises are among the winners!

The Saturn Awards is an annual ceremony voted by members of The Academy of Science Fiction, founded in 1972. The award celebrates achievements in sci-fi, fantasy and horror in movies and television. This year, the animated series Star Wars Rebels and the standalone film, Rogue One: A Star Wars Story, combined for 12 nominations – taking home 4!

And the WINNERS are:

The animated Star Wars series that some have called the “best Star Wars prequel” took home the award for Best Animated TV Series and was accepted by the show’s “dapper” creator, Dave Filoni. We love his iconic hat with that suit! 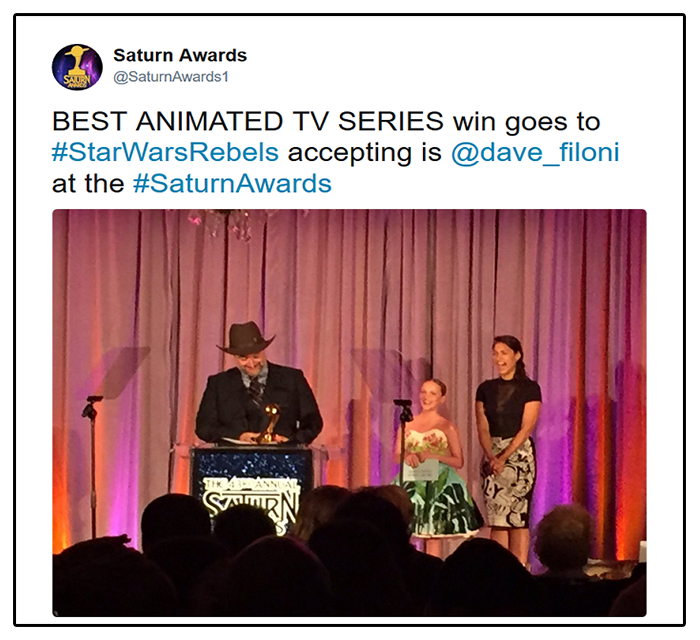 The Star Wars standalone film has grossed over $1 Billion worldwide and has become a favorite for fans and critics earning a rating of 85% on Rotten Tomatoes. Director, Gareth Edwards’ “war movie” approach in this gritty film earned him praise from all as well as the Saturn Award for Best Director. Rounding out the wins was John Knoll, Mohen Leo, Hal Hickel and Neil Corbould for their work on the film winning the award for Best Special Effects. 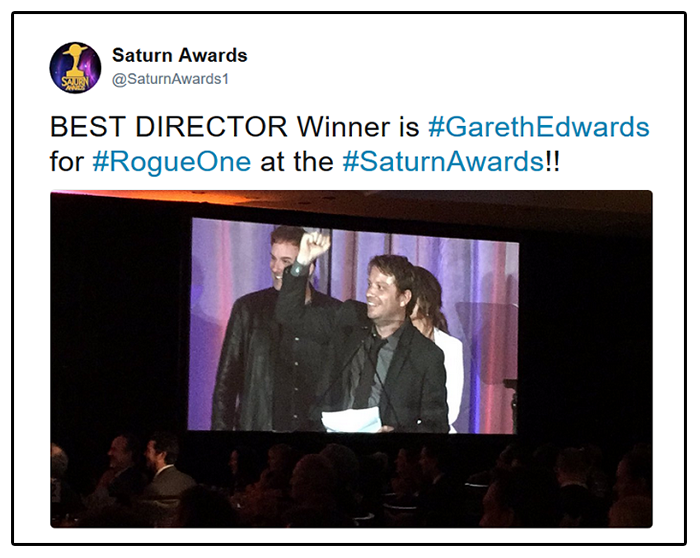 Congratulations to the WINNERS and May The Force be with you!

To learn more about The Saturn Awards or to see the full list of winners, visit the official site: http://www.saturnawards.org/