Daisy Ridley, Rey in The Last Jedi, is featured in the November issue of Vogue Magazine.

Along with the edgy fashion photos taken for the issue, Ridley gives a very personal and emotional interview to the magazine covering everything from her experience with the Star Wars franchise, getting used to her new fame, and the passing of Carrie Fisher.

In the following video, Ridley shows us why we love her so much! My favorite is her rapping! We all remember her rapping with Star Wars co-star, John Boyega, on the Entertainment Tonight inverview.

The November issue of Vogue is available NOW in stores! 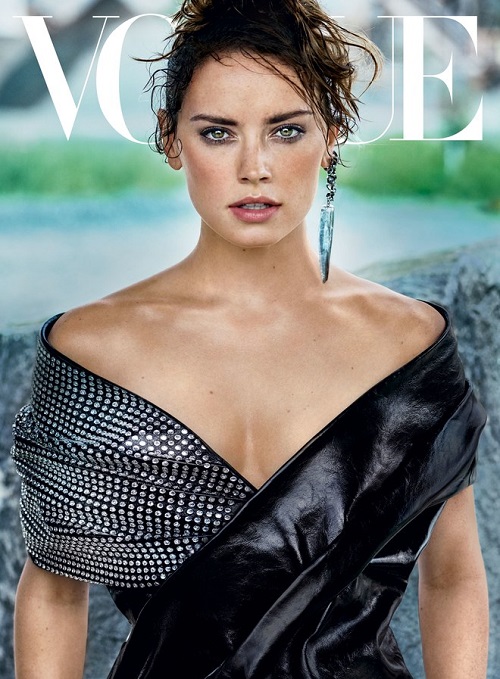