It is amazing at how much excitement and conversation a 45 seconds can produce as the latest The Last Jedi trailer dropped last night!

We see many of the same images from trailers past and but what has Star Wars fandom buzzing is the the scene with Luke Skywalker walking onto the cockpit of the Millennium Falcon as the lights slowly turn on! NERDgasmic satisfaction!

I, like every fan, was happy and a little sad to see Luke back on the Falcon. Happy to see Luke back in that familiar place we’ve seen him many times alongside his friends in a fight against the Empire. Sad because he isn’t there with his best friend, Han. 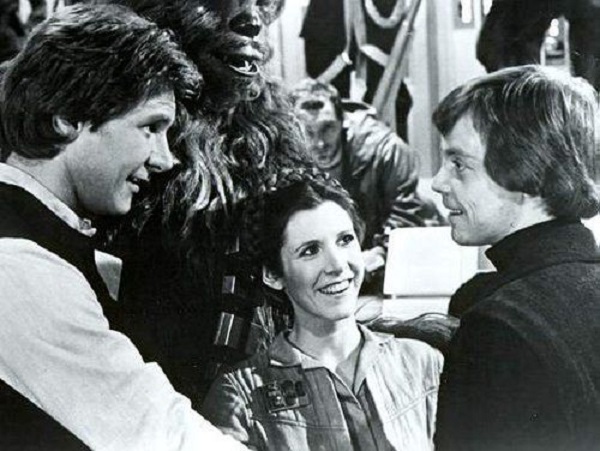 It looks as though Luke’s return to the Resistance will be on Han’s legendary Stock Light Freighter. I was hoping that Luke would make his exciting return in his older, and battle damaged X-Wing. It would have represented the past meeting up with the future. We may have even got some sarcastic comments from the younger “hot shot pilots”, including Poe. This would later on, give Luke an opportunity to show these “young punks” just how “OLD” he and his T-65 really are!

Along with the new Asian Market The Last Jedi poster, the short trailers and trolling from the master himself, Mark Hamill – speculations as to how the story will unfold in Rian Johnson’s addition to the saga remains a mystery, and for those that hate too many spoilers – we are thankful for that! #WaitForVIII 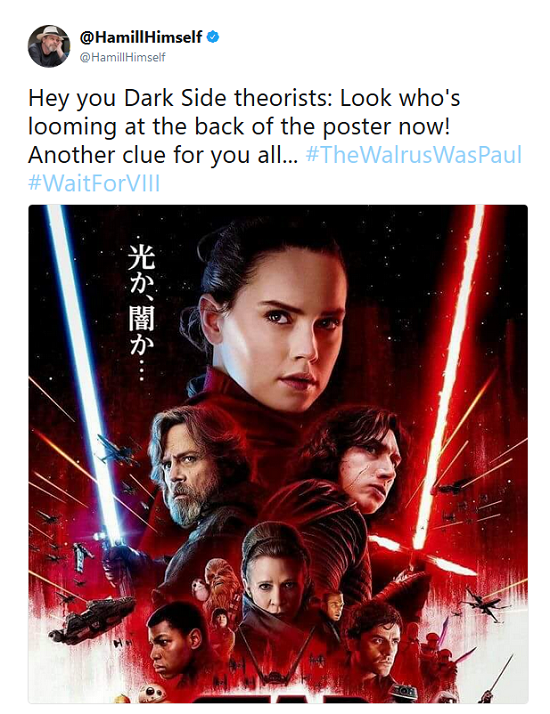 Star Wars: The Last Jedi opens in theaters December 15 – Do YOU have your tickets?