Over the past week, Empire Magazine has featured The Last Jedi images and stories that will be in their upcoming magazine issues.

No spoilers. No speculations. Just stylish images to get the Star Wars fans excited! 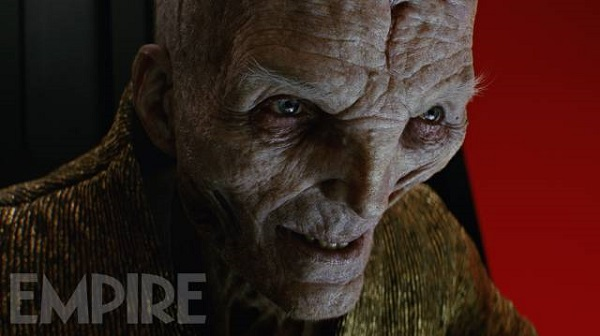 Snoke’s origin has been a hot topic debate among fans since the first images have appeared. Fans have speculated everything from Snoke being Jar Jar (the sarcastic) to Snoke being Emperor Palpatine. Whatever his origin, and we may find out in episode 8, we are sure that his menacing demeanor will not leave fans disappointed, especially while being played by the talented character actor, Andy Serkis.

“Snoke is bloody dark; way darker than Palpatine,” said Andy Serkis in the Empire interview, “He’s riddled with this osteoporosis so his body’s twisted, like a corkscrew. He’s incredibly damaged, so there’s a bizarre vulnerability about him. Beneath that vulnerability, though, is this intense hatred.” 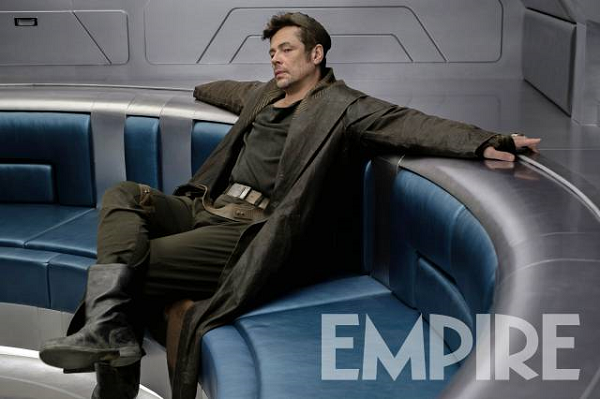 I have always been a fan of Benicio Del Toro’s acting and range of roles he’s played. From the drug addicted attorney he played in Fear and Loathing in Las Vegas, to “The Collector” in Guardians of the Galaxy – Del Toro always adds a unique style to the characters he plays. That is why I am very excited to see what he will add to the depth of his role in The Last Jedi as “D.J.”

“This character could come straight out of a Bob Dylan or Tom Waites song, or even a Dostoyevsky novel,” said Del Toro said in the Empire Interview, “He’s like something out of Dickens; there have been characters like him in all kinds of literature.” 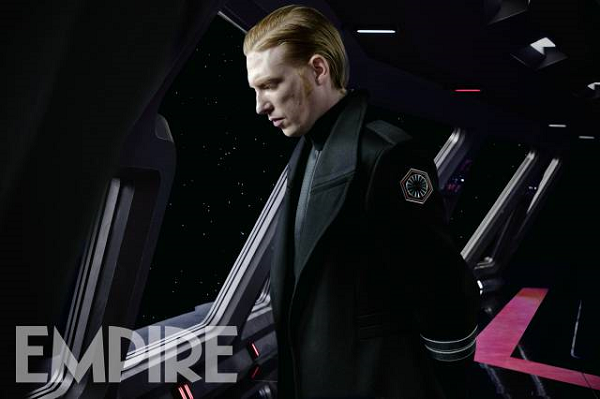 Far from the characters he played as Bill Weasley in Harry Potter or the awkward programmer in Ex Machina, Domhnall Gleeson’s role as General Hux was an intense and frightening portrayal. Gleeson’s speech to the First Order in The Force Awakens was reminiscent of other such horrifying speeches from some of histories familiar dictators – and he did it convincingly. The recent image from Empire for The Last Jedi gives the reader a look at the ominous power and force that Hux will wield in the next film.

“Because of what happened in the first film, he’s been pushed to a place where his position is in real jeopardy, and people make really bad decisions when they get desperate,” said Gleeson in the Empire interview, “Hux and Kylo Ren are vying for power and for Snoke’s attention. They’re both contenders for the throne and Hux is hoping Ren explodes, so that he can take up the mantle. He knows it will be a battle otherwise, one he may very well lose.”

Read more about this and more from The Last Jedi in Empire’s January issue. Details HERE: https://www.empireonline.com/