Fellow Star Wars cast members, John Boyega and Mark Hamill, have had a history of fun Tweets between them.

Their Twitter jokes with each other have included talk of grapes on the set of The Force Awakens, the trolling that Luke is Finn’s Father and more! This time, the Twitter battle has involved The Last Jedi’s adorable Porg.

Responding to the apparent “lack of PorgAdoration” that Boyega has for the Porg, Mark Hamill defends the wide eyed aliens with a “scolding” Tweet. You can also see the trolling of Finn’s heritage in this as well! A two for one Tweet! Can’t we agree that Porgs are a positive inspiration? YES! 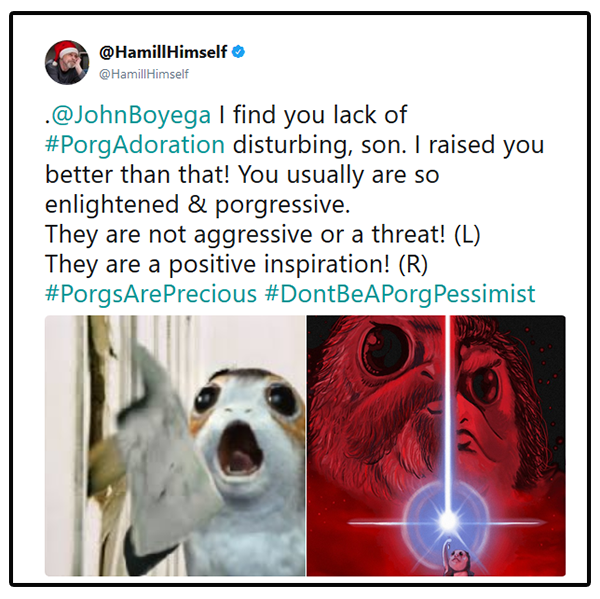 But Boyega has a more sinister use for the Porgs, and as only a “Son” can respond, Boyega makes the Porg Nation gasp! Or…would Porg Soup be delicious? 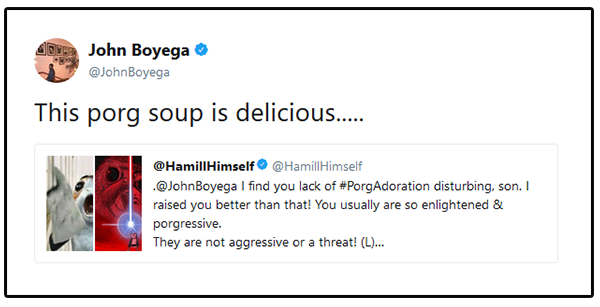 I love these interactions from Hamill and Boyega and this only shows how fun it must be on the Star Wars set!

And REMEMBER, “Finn”… Porgs love you! 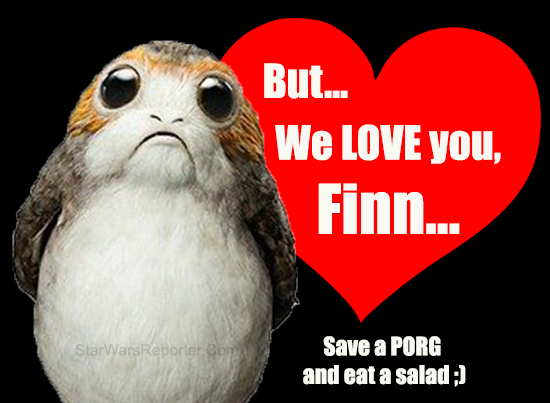