“Darkness Rises with Light to Meet It” : A “Spiritual” Review of The Last Jedi by Miriam Orr

It’s been awhile since I’ve written anything Star Wars related (that’s what adult life does sometimes), but with the release of The Last Jedi, and the frenzy of public comments and fan theories, I thought I’d weigh in on the movie and toss out a few opinions.

First off, I saw the movie a day early at a premiere event (because who didn’t?), all trussed up in my Jedi garb, with my trusty, newly acquired Porg keychain; my cousin and brother in tow. I knew the night was going to be grand as soon as I walked into the theatre and saw my fellow cosplayers all present, and I had to crack a smile as we all rushed around in a flurry of excitement, as if we were children instead of distinguished Jedi and Sith.

As I sat down to watch the previews, I mentally recapped everything that has gone on in Star Wars since 2015 – Star Wars Rebels, Rogue One, and The Force Awakens, Carrie Fisher’s untimely and grievous passing, many, many Star Wars: The Old Republic (yes, the MMO is still around, please find me!) updates, and the many, many theories encircling both Rey and Snoke’s backstory. 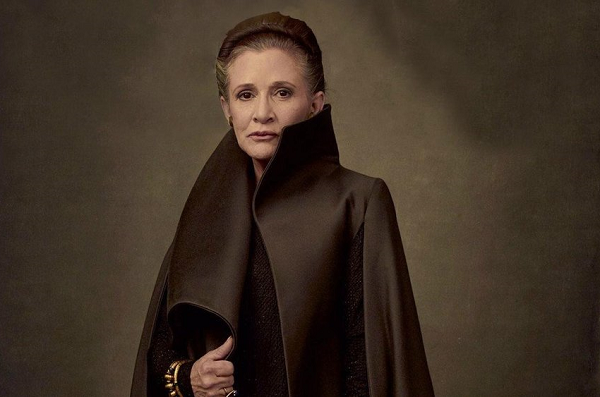 It’s been a busy couple of years for Star Wars as it led up to Episode VIII, and, I’d say the work paid off. I take it back – the work did pay off, because The Last Jedi is a dazzling piece of artistry that weaves a thematically – and theologically – challenging story, parallel with traditional folklore, which makes us remember why we love film and story so much.

Now, we all know that I am a film aficionado by claim – and, that to me; film is a mode of communication. Recently I took a job as a news reporter at a small-town Minnesota newspaper, where I was given a column to adapt and reconstruct in my predecessor’s retirement. I named it “Auteur Access”, based on a 1954 film theory which stated that film is a direct product of a creator’s message and thematic story, conveyed through imagery, meant as a mode of communication to present a deeper message than merely entertainment. That being said, my column addresses film, and the powerful messages it presents to us, as audiences, to ponder.

That’s a mouthful, but basically – I review movies. And I love it.

I have yet to come forward in my review of The Last Jedi, simply because I am just kick-starting my column, but I’ll get there eventually. I figured why not start culminating my thoughts here and transfer them over, since the Reporter is a, recently underused, platform.

Now, enough chitchat. Let’s get down to business (no, we won’t be defeating any Huns. Sorry, Disney fans). 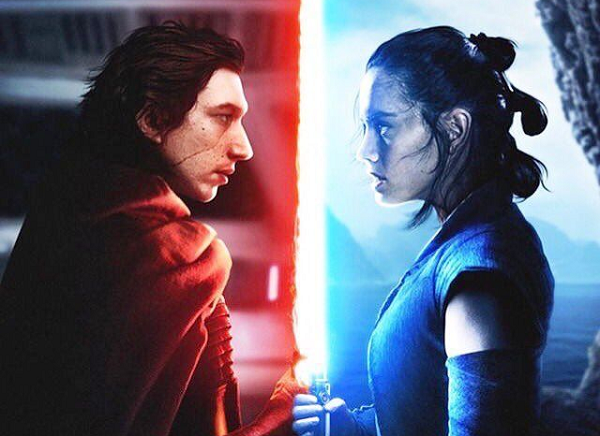 The Last Jedi is a classic light-versus-dark story that challenges our outlook on individualism, and belief. Surprisingly, it dabbles in a lot more conversion that I anticipated – dark calling to light, and light calling to darkness. Characters are forced to examine their commitments and choices in ways not yet explored in Star Wars, and that’s the beauty of it – the film touches on character development in ways that are new – and long overdue – for a series that is 40 years in the making.

I love this film. It’s probably my favorite newest film (as many know I will forever and always be a prequel gal), simply because it has so much theological imagery. And, as we all know, that’s my plug in Star Wars – theology.

The story is riddled with conversion and one’s individual struggle with both the light, and dark, side. Multiple times throughout the film, “As darkness rises, light rises to meet it!” is stated; a sheer indicator that things beyond the physical realm are brewing.

In my faith, Biblical scripture states that “Our battle is not against flesh and blood, but of principalities of darkness…” (Ephesians 6:12), in reference to a realm beyond our own where flesh and blood bodies reside. The same can be said of Star Wars and its “Force”, where a power that remains unseen resides and chooses for itself worthy vessels to inhabit and minister through.

Throughout the film, Rey, our newly anointed Force-sensitive that is called by the Light side, makes her way to Luke Skywalker to learn the ways of the Force and christen the New Order of the fallen and, by all rights concluded, extinct Jedi. After much persuasion, Skywalker hesitantly agrees to train Rey in the ways of the Jedi, and simultaneously, give himself another shot at being a master. 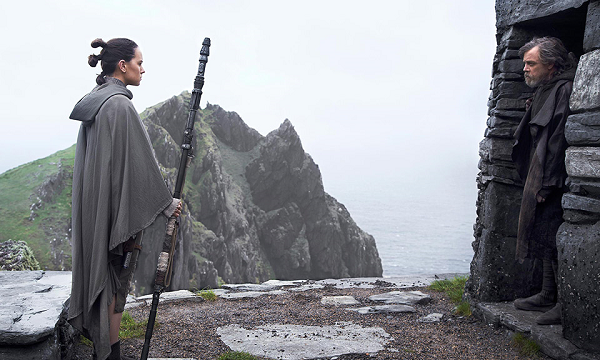 What’s more, Kylo Ren struggles with his own master, Snoke, in identity. Enraged by Snoke’s lack of confidence in him as an apprentice and successor to Darth Vader, Ren begins to delve deeper into his own abilities, and in that self-examination, discovers that things are not as they seem with the blossoming Rey. In himself he senses a struggling battle with the Light, and in that struggle, is determined to see victory through swaying Rey to his side as his co-heir to Snoke’s promise of power. He manipulates the Light in Rey, and her own conflicted emotions through a rare and powerful bond in the Force, while simultaneously leaving his own vulnerabilities unguarded. 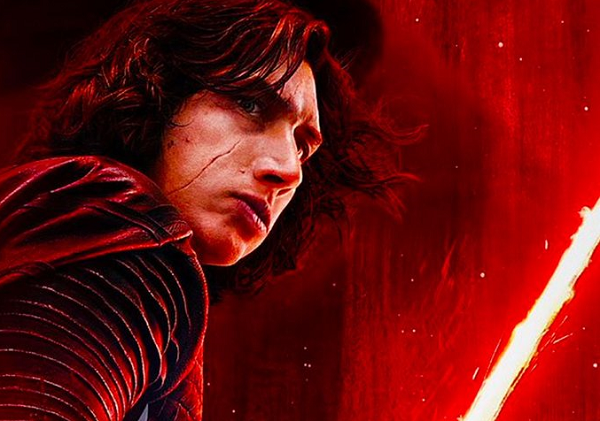 Then, all hope seems lost. Rey delves into the realm of darkness, and tests the power of the Dark Side. She flirts with evil, and tastes the beckoning nectar of deep and deceptive power, only to conclude that the Dark Side is, perhaps, just riddled with the emptiness of self-examination, and the lack of understanding it possesses. Her determination to stay grounded in the Light is ultimately challenged by Snoke himself – but, of that end, I will leave things unanswered.

I am, once more, reminded of John 1:5, which speaks of light, “The light shines in the darkness, and the darkness has not overcome it.” Which, in this sense of The Last Jedi, is true: darkness does rise, and light rises to meet it equally – though, however, it is not overcome by it. Scripturally speaking, one’s own self is determined to be fallen, and sinful, as we are direct descendants of an imperfect and sinful Adam and Eve, who corrupted perfection in the Garden of Eden (see the Genesis account of events). Theology would, from that moment on, forever associate man’s self with “darkness”, “sin” and “fleshful thinking”, – ultimately, things of darkness, as without redemption we are but lost souls.

Speaking in terms of Star Wars, one’s own self examination and desperation, as we see with Rey’s journey into the Dark Side, does not quell the light of redemption and hope – the Light Side ultimately rescues her and calls her back, and reminds her of who exactly she is in its power; or, a picture of redemption through the Ultimate Light. 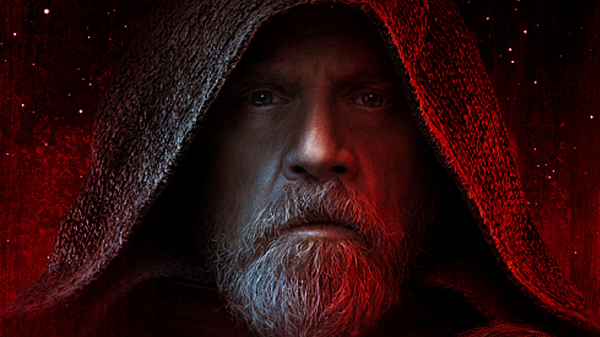 There is a powerful redemption theme hinted in The Last Jedi, as well as the temptation of one’s truest belief. Ultimately Rey clings to the Light in an effort to defeat the epitome of darkness, Snoke. And, ultimately, Kylo Ren falls to darkness in his own self-examination and desperation to defeat that one thing which compromises his power – Luke Skywalker, a Jedi.

Darkness rises in The Last Jedi – and, light rises to meet it, though it is not as vanquished as one would think.

Star Wars: The Last Jedi is in theaters NOW. 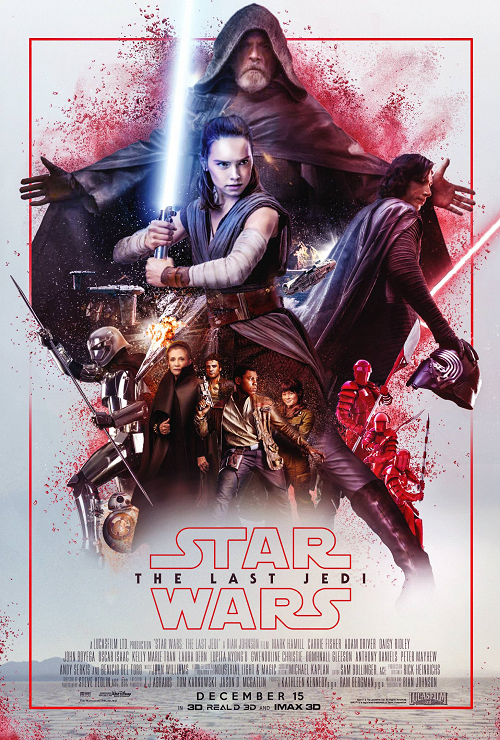 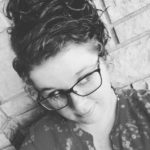