In the May edition of Vanity Fair, Mark Hamill was interviewed where he discussed his first reaction to his character Luke Skywalker with director Rian Johnson, “I pretty much fundamentally disagree with every choice you’ve made for this character,” Hamill would say to the director. Hamill would go on to say that after discussing further with Johnson, that he came to understand and love the story for the upcoming film. Story over, right? Apparently not.

Recently, there has been an increased fan discussion regarding the Vanity Fair quote as well as other interviews with Hamill in memes, [edited] videos and more. There seems to be a consensus with some fans that Mark Hamill is unhappy with The Last Jedi and the role of Luke Skywalker. So to put an end to the rumors and speculations, Hamill took to Twitter to set the record straight. 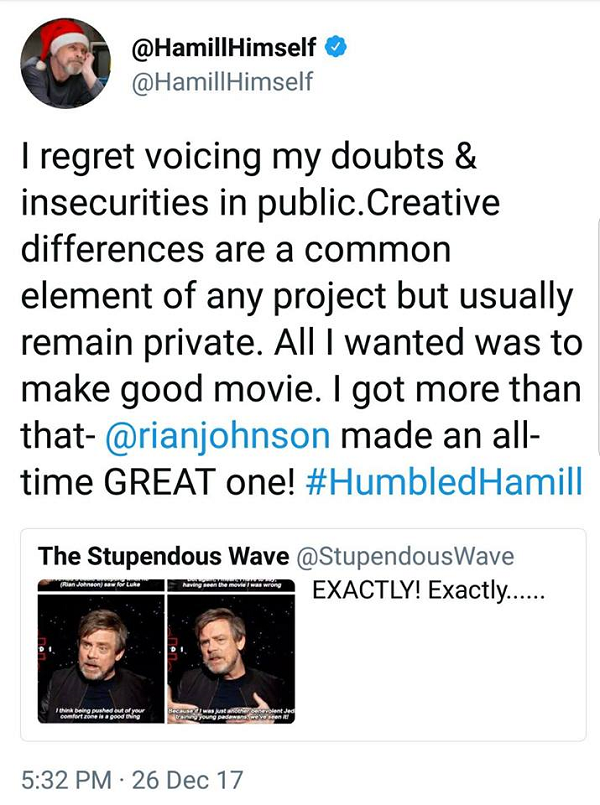 Actor and Director disagreements are not new in the industry, especially when you are talking about two artistically talented people with creative ideas working on large Hollywood productions. Like with any creative process, the people involved work through the details and either compromise or see the other’s side and moves on. THIS is what Mark Hamill had done with Rian Johnson.

Those fans that were critical of the choices that The Last Jedi made have turned a simple and common movie making interaction into unwarranted drama. Time to get over it!

Let’s hope that this tweet from Hamill finally puts and end to the debate.

Star Wars: The Last Jedi is in theaters NOW. 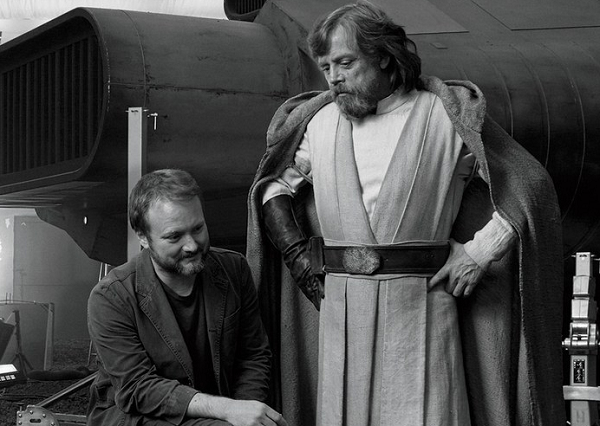