“This month Empire takes a deep dive into the baddest baddies to ever grace the screen. There’s the entire history of Halloween hacker Michael Myers, an interview with the T-1000 himself, Robert Patrick, and the ultimate intergalactic battle for the Dark Side: Vader or Kylo Ren?” – Empire 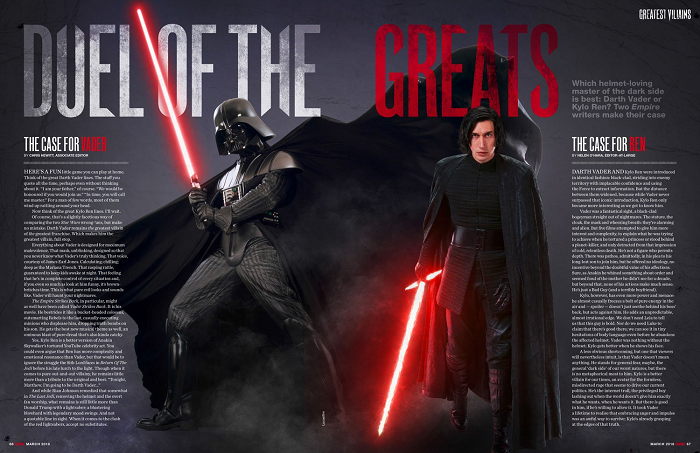 The authors have two different perspectives of what makes the two Dark Jedi’s a great villain. While they have similar dark cloak and helmet appearances, their motivations are very different. While Vader is described as the perfect malevolent villain with an intimidating presence, Kylo Ren is said to have more depth and complexity.

Vader may not have as much complexity as Kylo Ren but in my opinion, his presence carried more fear and power in scenes than Kylo Ren. Don’t get me wrong, Kylo Ren is great as is Adam Driver’s portrayal, but there are more times than not that Kylo comes off as a more confused and insane Anakin Skywalker to me. Call me “old school” but, Darth Vader is the greatest villain in the Star Wars saga.

What do you think? Check out the preview above and pick up your copy tomorrow when it releases in stores. 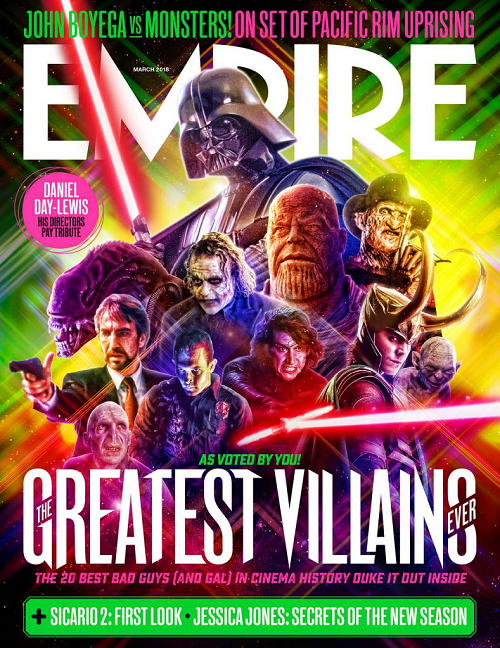