It’s been a busy day of exciting announcements for Mark Hamill.

The day started with the Oscars 2018 as Mark Hamill was announced as one of the presenters. And in a classic hilarious response via Twitter, Hamill commented on the news, “Note to self: 1) Talk fast enough so the orchestra doesn’t try to play me off. 2) No “R2-Me Too” jokes. 3) After opening the envelope, don’t say “La La Land” 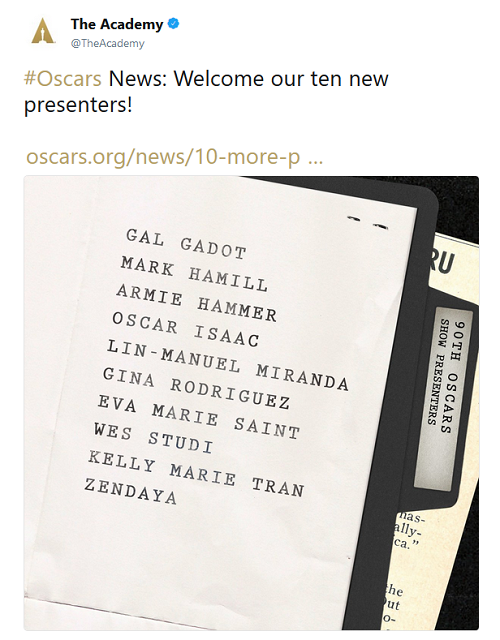 But the good news didn’t stop there. Back in June 2017, we reported that Mark Hamill was announced to receive a star on the famous celebrity walkway and Variety has confirmed that this will indeed happen on March 8th!

“Star Wars fans will be over the moon that hearing their idol Mark Hamill is going to be honored with a star on the Hollywood Walk of Fame. We are proud to add this extraordinary actor on our historic Walk of Fame,” said Ana Martinez, producer of the Walk of Fame ceremonies.

We are very happy for Mark Hamill on this day of great news! There is none more deserved.

Congratulations Mark and May the Force be with you! 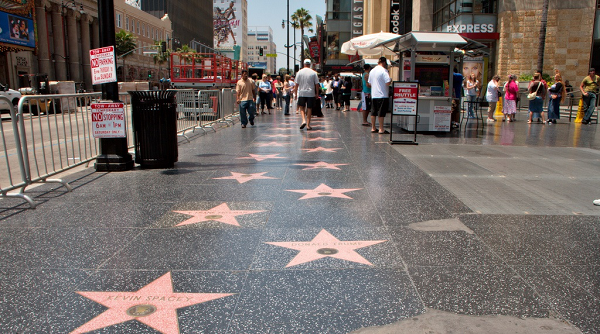