“While we are still hard at work creating our largest single-themed land expansions ever, I have some exciting news to share today. Star Wars: Galaxy’s Edge will open in summer 2019 at Disneyland Resort and in late fall 2019 at Walt Disney World Resort, when guests will land in the middle of the action as they live their own Star Wars stories.” 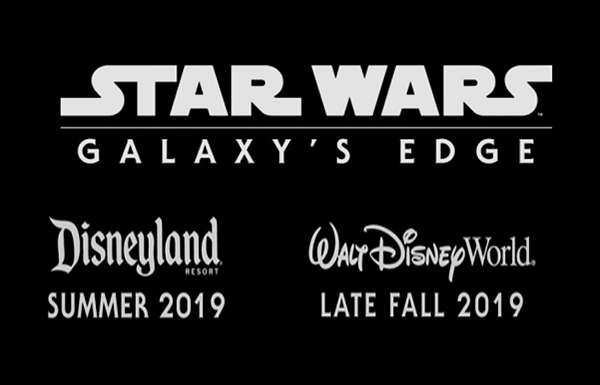 About Steve Fitch 533 Articles
From the moment Steve Fitch first watched Star Wars: A New Hope in the theater when he was a child, he wanted to be Luke Skywalker when he “grew up” (and STILL does!). He now shares this passion with his wife, two daughters, friends and fans. Steve is the Founder of Star Wars Reporter and when not immersed in all things Star Wars, you can find him training in Muay Thai, Italian Rapier, all things VIKING, or spending time with family and friends. FOLLOW Steve on TWITTER: @WookieeSteve