It has been a difficult week in Star Wars fandom which began with the knowledge (or speculation) that The Last Jedi actor, Kelly Marie Tran, deleted her Instagram content in response to the hateful and racist comments she had been enduring since her role as “Rose”.

John Boyega, who plays Finn in the latest Star Wars installments, commented yesterday on Twitter about the controversy. 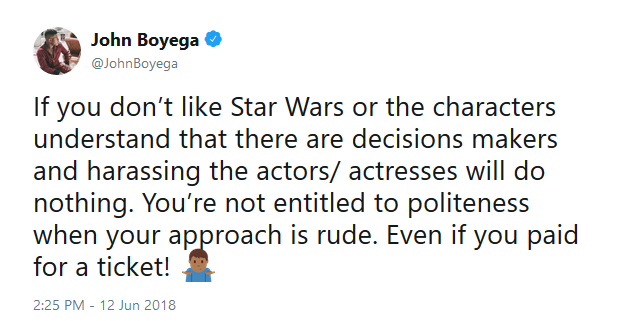 There are those that believe the media is assuming the harassment claims and Tran’s Instagram deletions is premature and there has been no comment from Tran herself. Such was asked of Boyega in the comments of his Twitter post 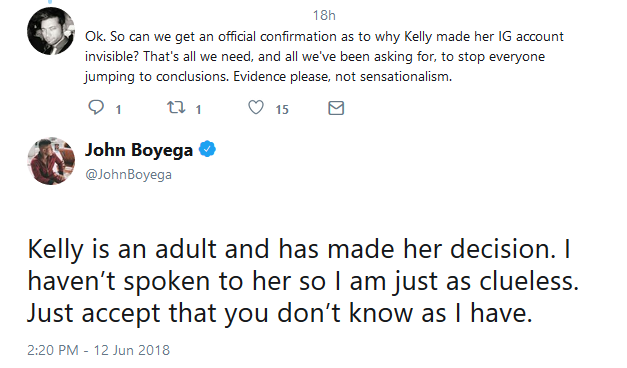 When asked about the harassment on Twitter, The Last Jedi Director Rian Johnson, responded similarly. 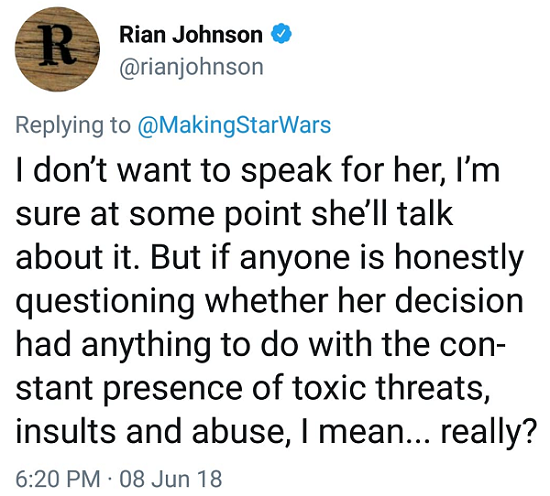 There will always be those that in Star Wars fandom that are toxic, but we have to remember that these people don’t represent everyone. Star Wars has a positive and diverse fan base who all share the same love and creativity with one another. Although the loud minority involved in the harassment should be addressed we must not let it overshadow the majority of wonderful fans. You can love or hate Star Wars but you can disagree and debate respectfully – and as Rian Johnson recently Tweeted; 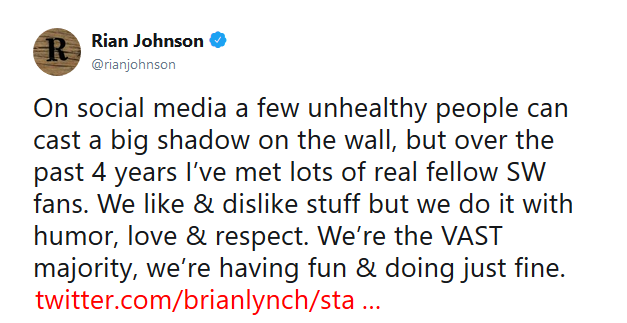 Star Wars fans… We can do better.