The Saturn Awards organization is the official awards group of The Academy of Science Fiction, Fantasy and Horror Films and is in their 44th year. This year, Star Wars was represented in over 12 nominations, taking home 4.

Most exciting for me, a Luke Skywalker/Mark Hamill fanboy, was the win for “Best Actor in a Film” that went to Mark Hamill. 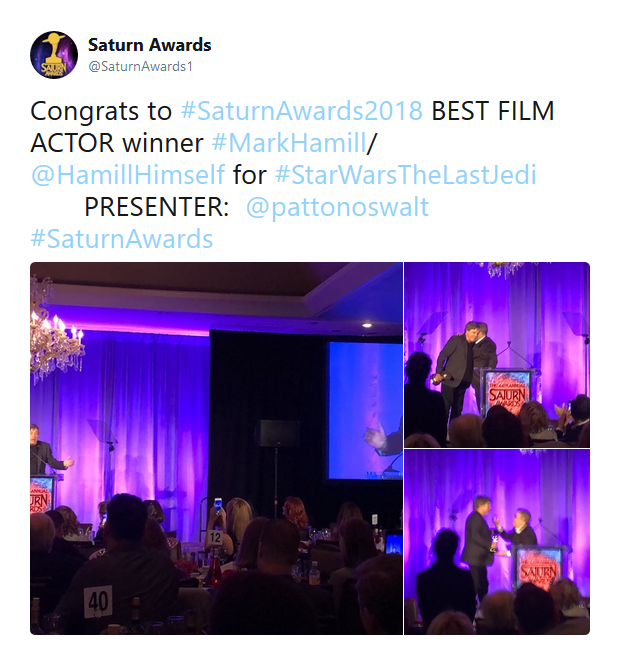 This was a great win for the Star Wars actor who many thought should have won an Oscar for his role in The Last Jedi including The Force Awakens Director, J.J. Abrams, who voiced his opinion on the red carpet that year, “I think we are all going to be very upset if he does not win an Oscar, and no one more upset than Mark.”

Rian Johnson took home the “Best Film Screenplay” award for his work on Star Wars: The Last Jedi. With all the controversy from some fans over the latest Star Wars installment, it must come as a welcomed acknowledgement for his work on the sci-fi classic. 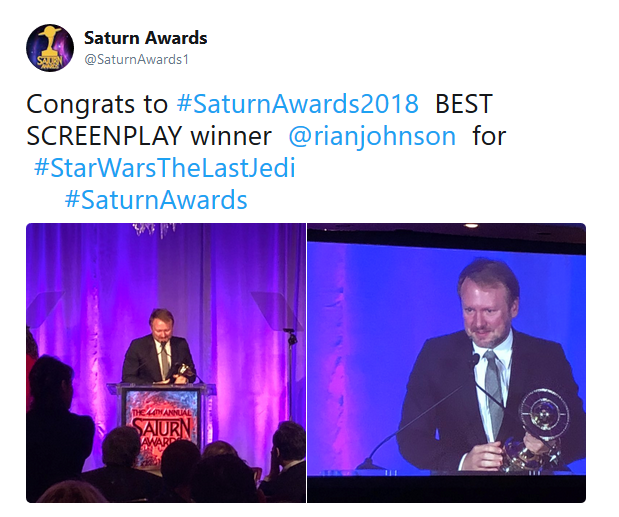 Another win for The Last Jedi was for “Best Film Editing” which went to Bob Ducsay.

For the second year in a row, Star Wars Rebels won the “Best Animated Series on Television”, and was accepted by the hat-less creator of the show, Dave Filoni. For those of you shocked by the site of Filoni without his trademark cowboy hat, we also Photoshopped a version you may like.

Filoni and the animation team has been an invaluable asset to the story telling of the Star Wars universe. The Clone Wars, Star Wars Rebels and the upcoming Star Wars Resistance series have given an ability to create a deeper and full story to such a vast sci-fi universe that has only made the entire franchise complete. 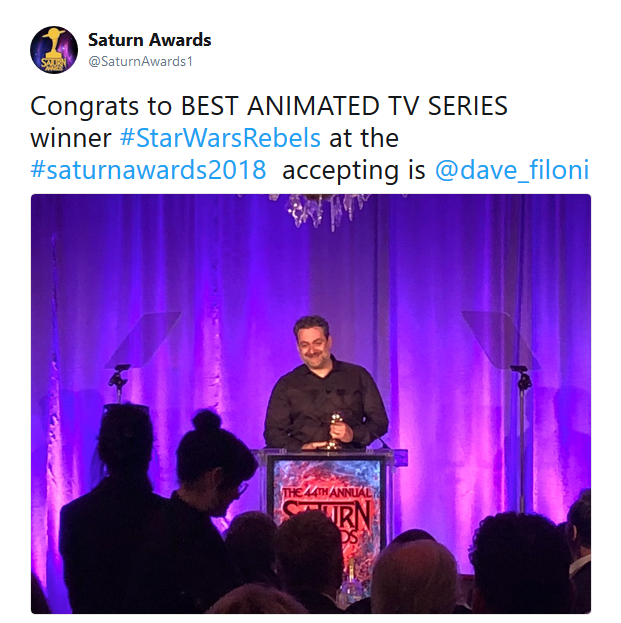 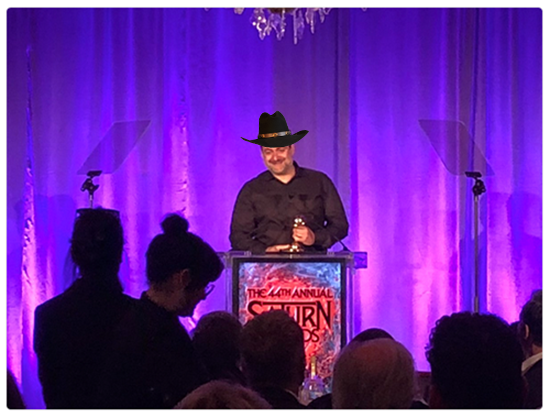 Congratulations to all the WINNERS and May the Force be with you.