From the SDCC, Dave Filoni has just dropped some huge news on a new Star Wars animated series – A NEW Clone Wars!

“Star Wars: The Clone Wars will be returning with 12 all-new episodes on Disney’s direct-to-consumer streaming service. Created by George Lucas, the show first aired in 2008 and became an entry point into Star Wars for an entire generation, following fan-favorites like Anakin Skywalker, Obi-Wan Kenobi, and Padmé Amidala, while introducing major new characters like Jedi Padawan Ahsoka Tano and Captain Rex. Its stories were complex, its heroes and villains were perfectly imperfect, and its look was captivatingly beautiful. It became a multi-Emmy winner and is now regarded as essential Star Wars.” – StarWars.Com

In an interview with StarWars.Com, Dave Filoni talked about the support from the #SaveTheCloneWars hashtag movement that helped bring the series back, Are YOU excited to see more adventures with Rex and the other Troopers? Let us know in the comments. 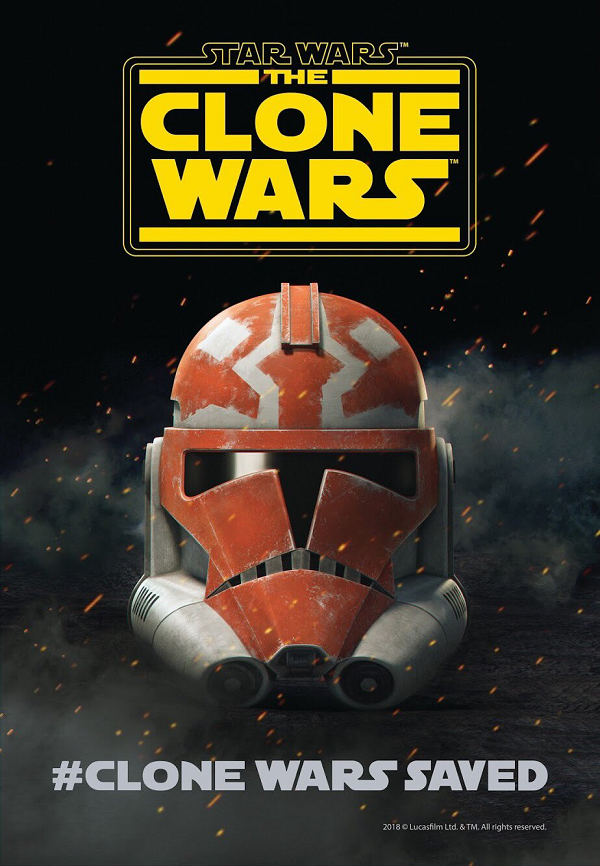