Yesterday at San Diego Comic Con, Dave Filoni announced something that had previously seemed unattainable. Star Wars: The Clone Wars has been saved. According to Filoni the show will get another 12 episodes on Disney’s streaming network. Even though the show ended in 2014, Star Wars fans have kept the passion alive.

I love the Star Wars prequels, I really do. But it’s probably important to note that I didn’t always love them the way I do now. I didn’t fully appreciate the prequels until after I watched Clone Wars. This is especially true of Revenge of the Sith.

If you haven’t watched The Clone Wars, I strongly encourage you to do so now. Without giving too much plot away, this show will give you a clearer picture of the bond Obi Wan and Anakin shared, demonstrate the respect the clones had for their Jedi, as well as how the Jedi valued the individuality of their Clone Troopers. All of the seemingly random Jedi you see in the prequels? Plo Koon and Kit Fisto? Clone Wars gives you entire story arcs following several Jedi throughout the order. Curious about Mandolorians? Clone Wars gives you so many Mandolorians.

Don’t let the fact that the show is animated make you think the show is exclusively for children. The show covers a variety of social issues as well as some pretty heavy story lines. I anticipate these new 12 episodes to have some heartbreaking moments as well. With the negativity that has sprung up in the fandom community recently, this announcement seemed to have a much needed positive reaction among Star Wars fans. Personally, I didn’t realize how much I wanted to see more Clone Wars, I hadn’t dared dream it would even be an option. So thank you, Dave Filoni. If you need me, I’ll be binge watching The Clone Wars…again! 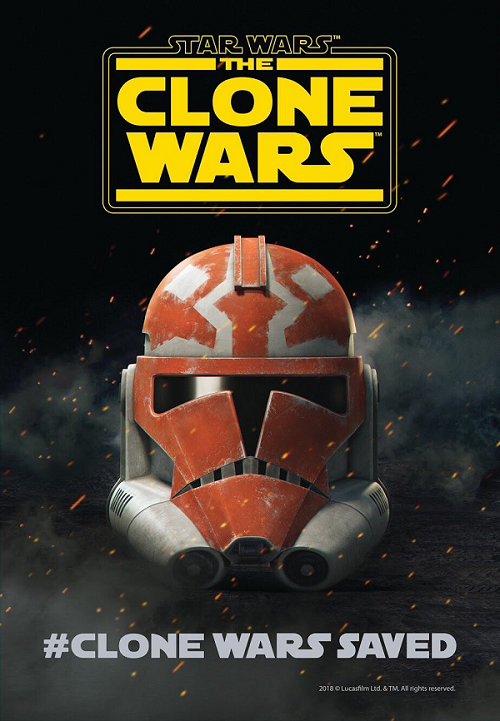