In 2017 the iconic actor best known for his role of Luke Skywalker in the Star Wars saga, was recognized in San Diego California with an honorary street named – Mark Hamill Drive.

The event was referred to as “Mark Hamill Day”.

With speeches from city officials and the cheers of fans, Mark Hamill Dr. was dedicated to the delight of visibly humbled star.

“I don’t really have a home town, but if I could pick a home town it would certainly be San Diego,” Hamill said, “To say that I’m grateful and honored would be an understatement.”

Today marks the first anniversary of Mark Hamill Day and we remember the excitement of that day as our favorite Jedi was recognized for all his contributions. You can see highlights in the video below.

It has been a busy year for the Star Wars actor. His appearances have ranged from fun skit on Jimmy Kimmel, presenter at the Oscars, a WIN at the Saturn Awards and a well deserved and long overdue STAR on the Hollywood Walk of Fame. With the recent cast announcement for Episode 9 of the Star Wars series confirming Hamill returning as Luke Skywalker, the journey continues for the legendary actor. 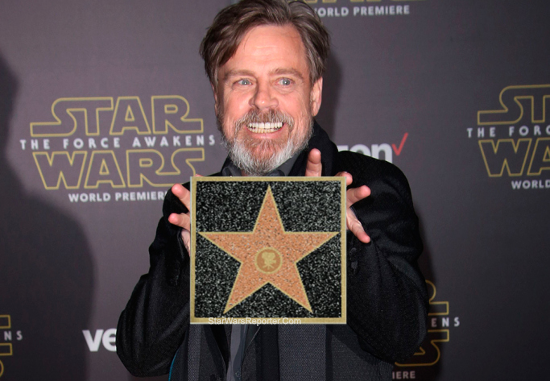 Thanks to BrianSims.Com for his pictures from the 2017 event. 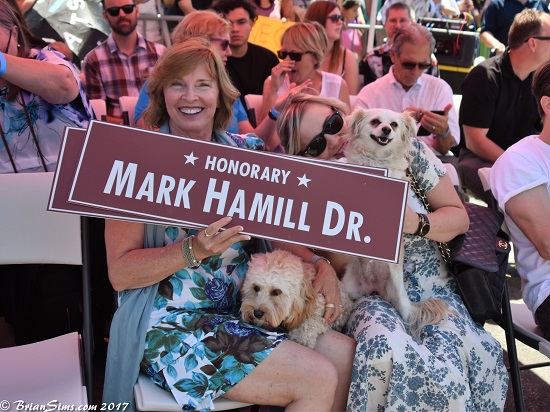 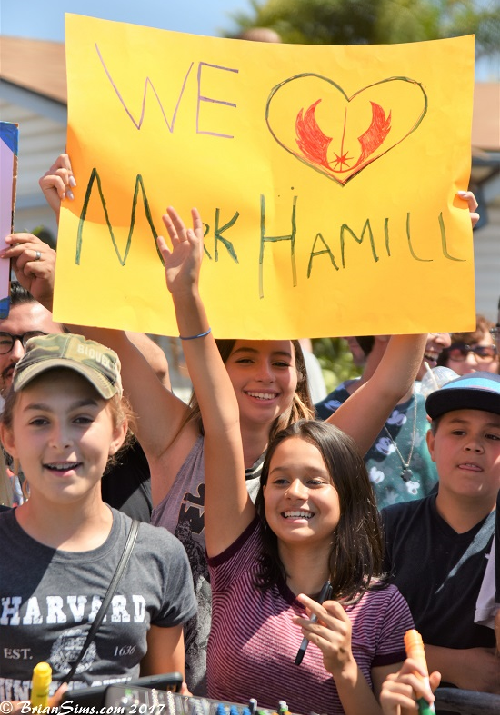 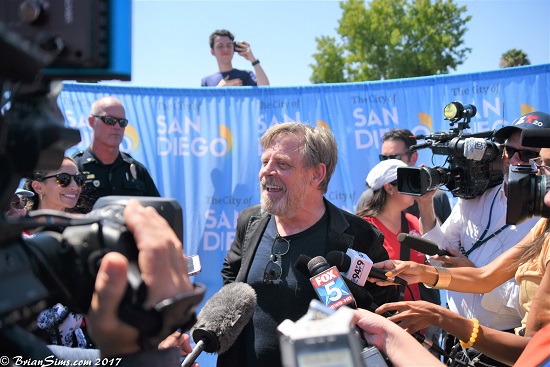 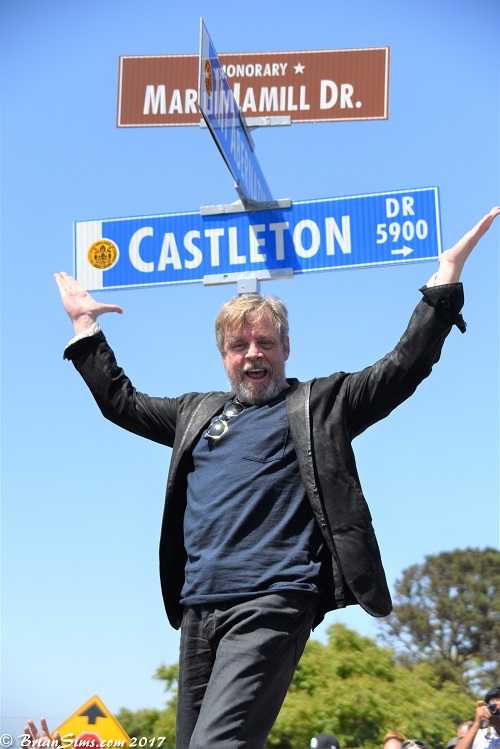