Check out the new behind the scenes video for the upcoming animated series, Star Wars Resistance.

In the featurette, we get a look at “Team Fireball” and the creative team involved in the series.

“Team Fireball are our core Star Wars group,” said series creator Dave Filoni, “They’re not caught up in the bigger things going on in the galaxy.”

Since my days playing a “Brash Pilot” as a youth in the original Star Wars Role Playing Game from West End Games, I have always wanted to see a movie or series that focused on Rebel/Resistance pilots. Star Wars Resistance is the series I’ve been waiting for!

Along with following a fun story of a group of “hot shot pilots”, I love that this will focus on the “other stories” in the Star Wars universe not connected with something bigger and more tied into the fate of the galaxy. We discussed this during one of our podcasts about the Solo movie. “How does the other people in the galaxy live, that aren’t involved in the main story?” THIS, is the story we need to see. A story that focuses on personalities, and how the “main story/war” in the galaxy affects the common person. 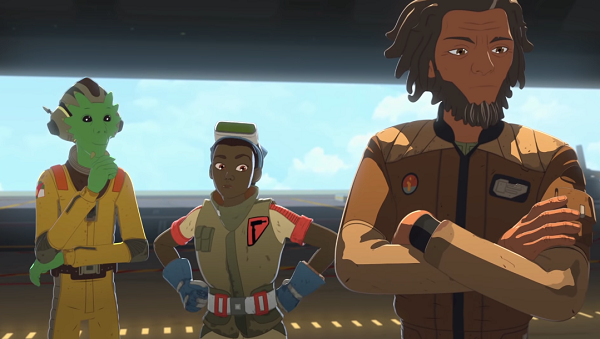 Among some criticism from fans and critics, is that the series appears to be aimed at a younger audience. This was confirmed in the video;

“We made the show for a younger audience,” said Executive Producer Athena Yvette Portillo, “I think they’ll love the relationships between the characters and all the lightheartedness. It’s unique in tone, unique in look. It’s a completely different package.”

And what is wrong with a focus on younger audiences?

Does everything Star Wars need to focus on an edgy adult story line? I think people are losing site on who Star Wars was originally made for. That being said, I believe that even though there is a younger audience focus, the series will offer much for older viewers in the form of epic story telling and amazing animated visuals. Those ship scenes are amazing! Also, for those with children, another opportunity to spend time together enjoying your passion in a galaxy far, far away.

For those unsure about this series, check it out with an open mind. Just like the doubts that fans had with The Clone Wars and Star Wars Rebels, you may be delightfully surprised. 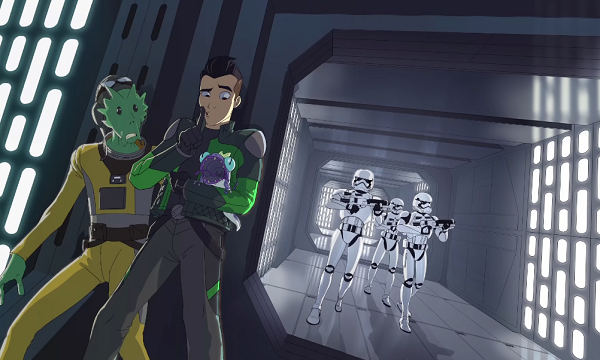