In the latest behind the scenes preview of Disney Channel’s Star Wars Resistance, we get a closer look at “The Aces”and the actors who voice them.

Who Are The Aces?

“They’re five of the top pilots on the platform who are hired to protect the base”, explains Executive Producer Justin Ridge, “but when there aren’t any threats they just race for fun.”

This is reminding me of my West End Games D6 Star Wars RPG group where I played a “Brash Pilot”. I was always looking for an excuse to find some “side activity” into racing – especially racing a Swoop Bike! This preview has that same fun vibe from those gaming sessions I had with my friends!

Hype Fazon is one of the best pilots on the platform and is voiced by the amazing, Donald Faison. I am such a fanboy of Faison and I look forward to his work in the series! If only we could see the same dance moves of Faison in this series as we did in his previous series, Scrubs. I am still trying to master those moves! 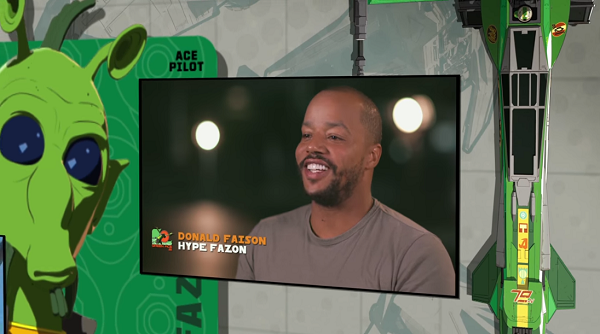 I am also very excited to see a familiar voice from the Star Wars animation family, Stephen Stanton! Stanton plays “Griff” who is one of the hot shot pilots on the platform. Griff is an interesting character as he is an ex Imperial Pilot which should bring some interesting story arcs to the show and I am loving the customized Stormtrooper helmet he wears. Likely the helmet he kept from his past. Stanton is an amazing actor and delightful person who will add so much to the series both on and off the set! 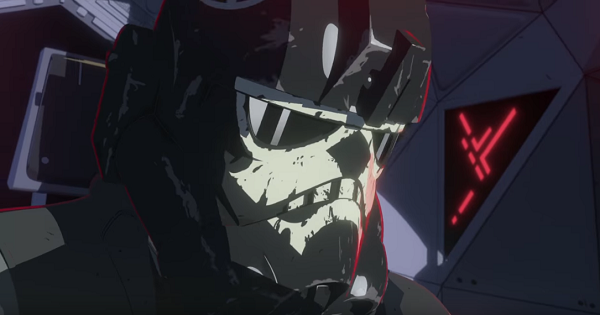 Lo, there do I see Freya Fenris…

The inner VIKING in me is very intrigued by the character “Freya Fenris” which is a combination of names from the Norse Mythos. “Freya” is the godess of love and beauty and “Fenris” is a monstrous Wolf. Judging from how her the character’s personality is described, the name fits her soft and hard persona perfectly. She even has a Scandinavian look about her. The character also gives me a Star Wars Rebels’ “Hera” feel. Great pilot. No nonsense leader. Gets the job done. 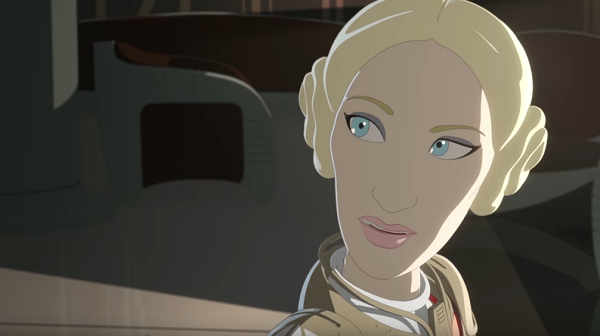 The series seems to have a personality and story that will appeal to every viewer and I can’t wait!