Jon Favreau has revealed on Instagram the details of the upcoming LIVE ACTION Star Wars series that he will write and produce.

The series will feature the Mandalorians!

“After the stories of Jango and Boba Fett, another warrior emerges in the Star Wars universe. The Mandalorian is set after the fall of the Empire and before the emergence of the First Order. We follow the travails of a lone gunfighter in the outer reaches of the galaxy far from the authority of the New Republic,” 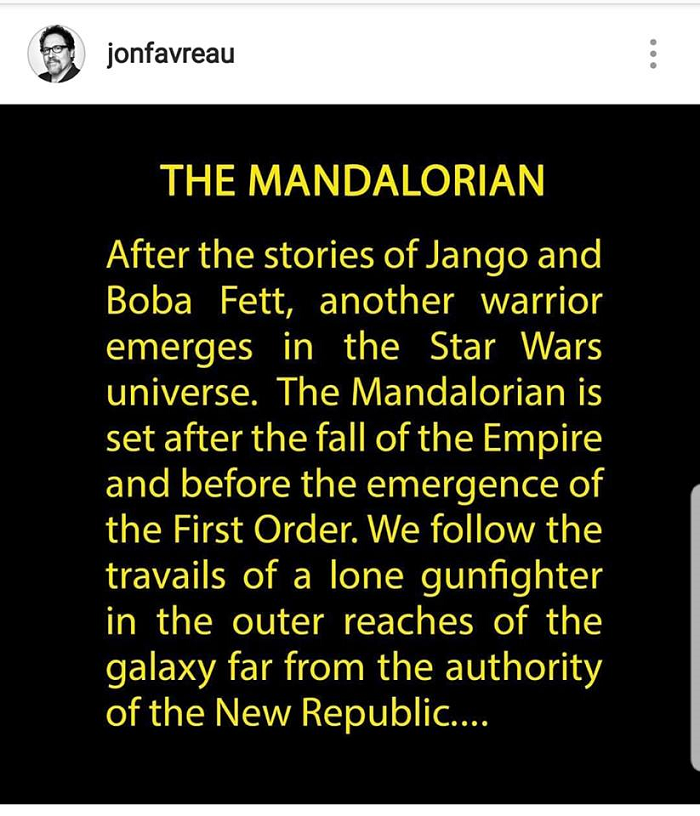 The Mandalorians are a fan favorite that started in the original trilogy days with the (brief) appearances of Boba Fett. Since then, the popularity of the fearless bounty hunter clans has been featured in the prequel films, books, comics, animated tv shows and the cosplay group – the Mandalorian Mercs.

The Mercs did respond on their own Instagram with, “WE CAN NOW FREAK OUT!”. One can only imagine the excitement in the ranks of the Mandalorian Mercs, but I am pretty sure it looks something like this…

The series will be featured on Disney’s planned streaming service among other projects.