Since the release of Rogue One, I have become more curious about the “Rebel Soldier”.

Growing up watching the films, I never gave any real thought to the “regular soldier” of the rebellion. They always seemed to be background decoration to the film that focused more on the story of a few heroic characters. Luke, Leia, Han and more. But what about the backbone of the rebellion? The grunt in the trenches. The faceless warriors sacrificing all for the greater good.

Rogue One was a movie that focused on those rebel soldiers in a classic “war movie” style that gave a face and story to these thankless heroes, and I loved it! So too did the fandom as you can find more fan films that feature those regular soldiers fighting against the Empire. One such fan film is “Odyssey: A Star Wars Story” by Writer/Director, Mark Alex Vogt. Mark is a Film and TV student at the Savannah College of Art and Design in Georgia and he has created a film I greatly enjoyed!

Star Wars Reporter was able to talk to Mark about his film, film making and Star Wars fandom.

What was the inspiration for your film?

MV: The inspiration for this film was most notably Rogue One, but we ended up taking more inspiration from our favorite war movies and shows like Saving Private Ryan, Band of Brothers, The Pacific, Platoon, and Dunkirk.

Star Wars fans are some of the most devout and critical when it comes to the genre. When you were creating this film, were you worried about what these fans would think?

MV: It’s funny you ask that because I was just talking about this earlier today. When we started making the film, we knew there was a responsibility to make sure things felt familiar in a sense. We knew that if we sold the ‘Star Wars’ aspect, our audience would likely come along for the ride of the story. However, during production we weren’t necessarily considering the fact that each aspect we added to the “canon” of Star Wars would be critically judged for better or worse. I’m actually glad we weren’t focused on that when we were making the film because it allowed us to act as independent storytellers rather than reporters trying to do fan service. We made the decisions that we thought were right and we didn’t stop to think, “Will people hate it?” That being said, once the film came out it was extremely fun hearing the feedback on those certain aspects we added ourselves. Looking back at it, there’s actually a ton we had to come up and I’m glad the fans are responding well to it! 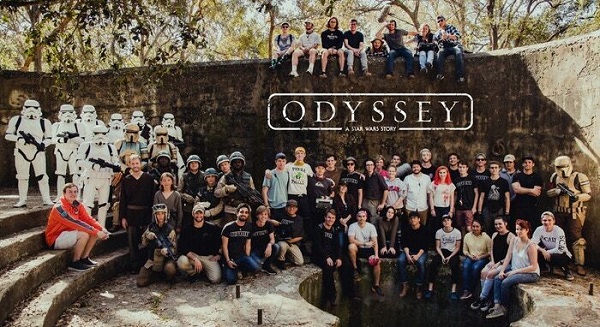 I have read several reviews and they have been really positive. What did it feel like to receive such praise for your film?

MV: It felt amazing! We are so grateful for the support the film has received. We can’t thank everyone enough for spending 10 minutes to watch our story. Every time I release a project there’s a moment the night before where I sit awake and think “Oh my god everyone is gonna hate this. What have I done?” However, that feeling passed when we had the premiere and initial responses were great! It’s super fun reading comments and seeing how people interpret the story. That’s the part I was really looking forward to as the writer. Our mission now is to just keep spreading the word and getting the film out there! 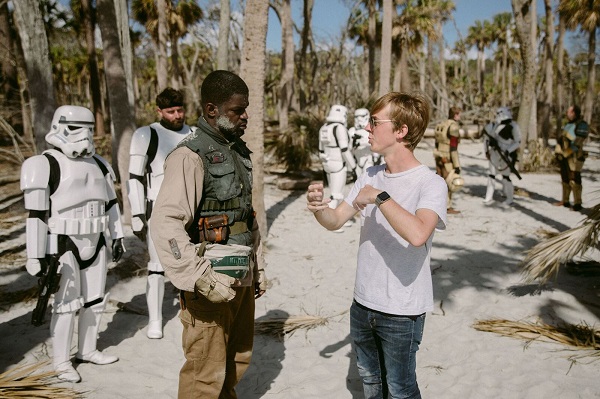 Do you think that the “average” Rebel Soldier gets the credit and attention they deserve in the Star Wars films, and literature?

MV: Not at all! They need more love! The huge draw to this story was seeing the soldier psyche in this galactic conflict. I think stories like Battlefront, Twilight Company, and Rogue One are awesome at showing the WAR is Star Wars, but I wanted to dive deeper into that. Some people love Star Wars for the force and the Jedi vs. Sith (and that’s great! I love those aspects too) but I always loved the battles. My favorite scene as a kid was the Battle of Hoth. I knew if I was going to make a fan film, I wanted it to be a gritty, emotional, and chaotic war short!

Do you feel that Rogue One was successful at featuring the work and sacrifice the “average” Rebel soldier accomplished?

MV: I definitely feel Rogue One was successful in a lot of ways. However, when Gareth Edwards first pitched it to us at Celebration Anaheim, he described it as a “A Star Wars War Movie” and unfortunately that wasn’t exactly the case. It had aspects of that in it, but above all it was more of a heist movie to me. Don’t get me wrong, I LOVE that movie, but I always wanted to see more of the gunfight. In terms of showcasing the “average” soldier, I don’t think that Rogue One did that very much, but it attached us to some new and very important characters. Maybe in the future we’ll get more firefights from the official films/shows. (I hope!) 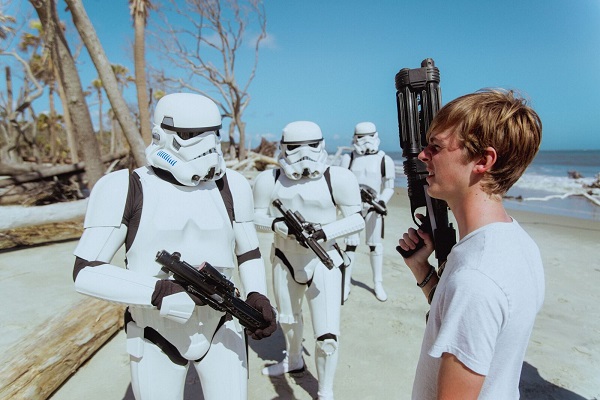 What were some of the challenges you faced when making the film?

MV: Oh boy. Where do I start? We faced challenges from the very beginning. First off being the fact that it’s really hard to be taken seriously by professionals when you say the words Fan-Film. Unfortunately it has a bad wrap of being an amateurish thing and we wanted to change that. We wanted to put full effort into this and not just make it a backyard movie. Once we were able to start showing people that, more support joined the team. Another major challenge we faced was the fact that most of us were full time students doing this as a side passion-project. We were unable to get support from the school so we were on our own for the project. We were also pushed back for months when Hurricane Irma destroyed our location! Thankfully nobody was hurt and the damages were able to be repaired in time for shooting in the winter. Another major challenge was VFX. We always knew that there were going to be a lot of effects shots even with us trying to be as practical as possible on set. We underestimated big time. We had over 110 VFX shots in the film. We tried to outsource to companies but with our budget we could not afford them. The end solution and credit goes to our Director of Photography, Gavin Chin, who spent four months over the summer doing every shot in the film. CG Models were created by Ty Roberson and Yvonne Watson, but Gavin handled almost every bit of compositing in the film. He’s the reason the film is done! Our so-called fancy VFX suite was an apartment in Georgia with Adobe After Effects.

MV: Unfortunately there aren’t any plans for more fan-films at the moment. I’m actually about to start work on a World War II film that we’re shooting this summer! I would love to return to a galaxy far far away one day if the opportunity arises. It doesn’t get better than shooting Star Wars! 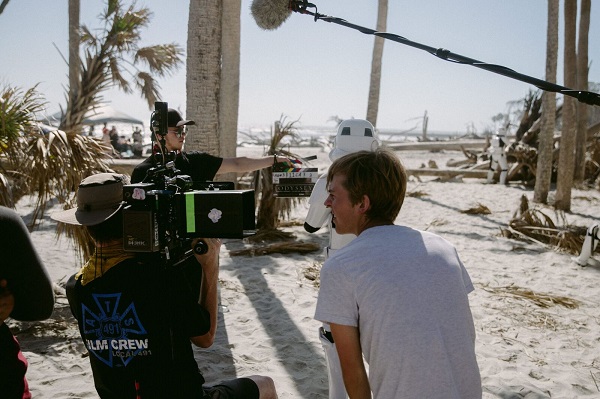 What would be your advice to other filmmakers that are looking to create their own Star Wars film?

MV: My advice would be to make something different. Don’t get caught up in fan service. Do what YOU think is good. Focus on an aspect that will give an audience something that they haven’t seen before. Above all, be unique and showcase YOUR opinion on the story world. Other than that, just bring on people that are good at what they do and trust them. Have fun and enjoy the process! You’ll miss it!