For decades now, fans have dreamed of experiencing the Star Wars universe in a way that didn’t seem possible – they dreamed of actually being there. With Disney’s vaunted Galaxy’s Edge addition to their theme parks nearing completion, that dream is soon to be a reality. Years in the making, this Star Wars land will be as real and tangible as our own, with restaurants, workshops, cantinas, rides, and characters all populating a vast landscape. Only it doesn’t end there. This is more than just a theme park, it’s a highly interactive world where guests will be able to engross themselves in actual adventures and tasks that affect their experience.

As more details are revealed, it’s clear that Disney has gone the extra mile to make this a truly immersive park. During their stay, guests will “live” in the time of the Sequel Trilogy, where they’ll literally be able to touch and taste and experience the Star Wars universe like never before. 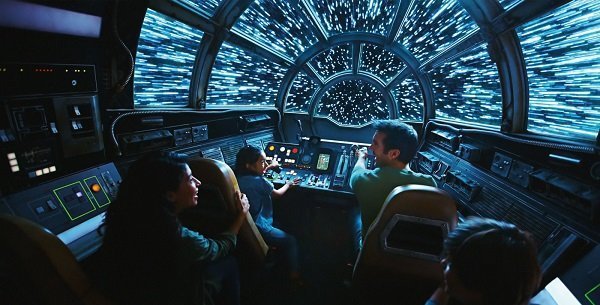 And what would this place be without introducing fans to its very own world?

Welcome to Batuu, an all new planet created solely for Galaxy’s Edge. As with most Star Wars worlds, it has a distinguishing natural feature – in this case, giant spires comprised of dead trees, thus accounting for the aptly named Black Spire Outpost, which will be a central hub of Batuu. It will have its own history, and even its own place in Star Wars canon. Already, there’s a Timothy Zahn novel, Thrawn Alliances, that features Batuu in the narrative. Guests will be thrust into a world that has an active part in the mythology.

Rides include Smuggler’s Run and Rise of the Resistance, and their experience will vary according to how each group (or crew) works together (or not!). There’s an app that’s being billed as essentially a ride in itself, and the most interactive one. Not wanting to encourage guests to have their heads buried in their phones, the app will encourage them to explore and search and scan all over the park, and much more. These adventures are considered a “job” as you make your way in the universe. Judging by your actions, you’ll be assigned to either the First Order or the Resistance…or perhaps you’ll be a Scoundrel!

Your experience is up to you.

Guests will be able to build their own droids, or construct their own lightsabers, with a variety of crystals and designs representing both the light and dark sides. Clothing styles will vary by location, and even the food and drinks will be representative of the Star Wars universe, highlighting their own tastes and aromas. There’s the obligatory blue milk to sample, and green as well.

The myriad characters inhabiting Galaxy’s Edge will be as unique as the actor’s own personalities, for the the park’s employees were encouraged to adorn themselves from a variety of clothes that reflect their chosen faction, and adapt their own personalities into their characters, thus further authenticating the experience. Adaptability is one of the park’s prime features, as the world itself will change over time to accommodate visitor’s needs, and even shift with the addition of new Star Wars stories and films. Areas have been marked off and readied for future additions, and who knows what other surprises. 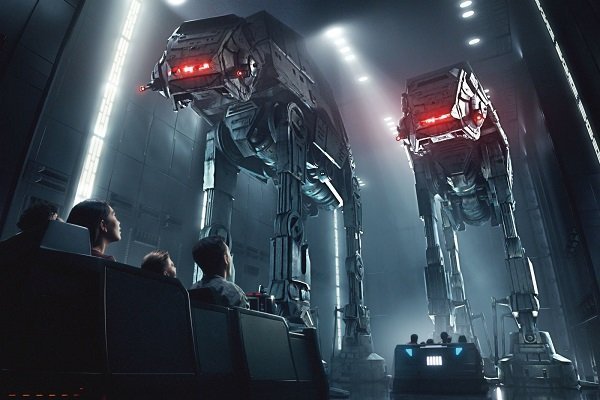 So mark that calendar and plan that trip. Galaxy’s Edge promises to be quite an experience, and fulfill the longtime dreams of millions of fans. I know this fan is eager to explore and lose himself in that galaxy far, far away.

May the force be with you, my friends, always…

(The Anaheim addition will open this summer, Orlando this winter.)