In the past, the rumors of an Obiwan origin film by Lucasfilm were making its way across Star Wars fandom and it looked like it was actually going to be made – AND with Ewan McGregor playing the lead role! These plans were sadly changed and the Obiwan origin film would be cancelled…

Jamie Costa, best known among Star Wars fans for his portrayal of Han Solo in the fan film Han Solo: A Smuggler’s Trade, has just announced his newest project. That project is an Obiwan fanfilm called – “Kenobi – A Star Wars Fan Film”.

With less than TWO WEEKS left of the Indiegogo campaign, Jamie Costa agreed to talk to Star Wars Reporter about his vision for the Kenobi fan film, the fans, and the work in creating this new project – that needs YOUR HELP.

“After the rise of the Galactic Empire, the Jedi Knight Obi-wan Kenobi vanished. Now, on the desert planet Tatooine, an aging warrior who goes by the name of “Ben” stands silent watch over a special child who holds the fate of the galaxy.But Ben is consumed with doubts and guilt – he failed the Republic, the Jedi order, and his dearest friend. As he dwindles away, questioning his purpose alone in the desert, he will be tested as his very presence draws threats both known and unknown towards the Skywalker boy.”

What is it about Obi-Wan Kenobi that has inspired you to make this film?

J.C.- Well there certainly isn’t just one thing that’s for sure! It was a culmination of discussing star wars theory with close friends about this time for the character on Tatooine, thinking why Ben never trained Luke from an early age and considering thoughts like when did he find out Vader was in fact alive? Also how did he learn lessons about how to deal with Darth if ever they were to see each other again! And who else could be out there on Tatooine that would put up a fight or be threat besides the obvious Tusken Raiders! And did Kenobi ever leave his post?! These thoughts fascinated me personally and I wanted to see them explored!

Star Wars fans are some of the most devout and critical people when it comes to the genre. Are you worried about negative fan response? As we should be!

J.C.-Star Wars is a franchise that has touched so many people in so many different ways! In beautiful ways. I personally am very protective of what I love about it so I am always trying to seek out the integrity behind it all and reinstate what made and makes it special. What’s fun is knowing people really do want to see more from this lone Jedi. For years many of us have been keen on seeing Ewan come back to star in a special spinoff movie or series about this time (and I think there’s still hope of that happening too!). And besides fan films are our specialty. 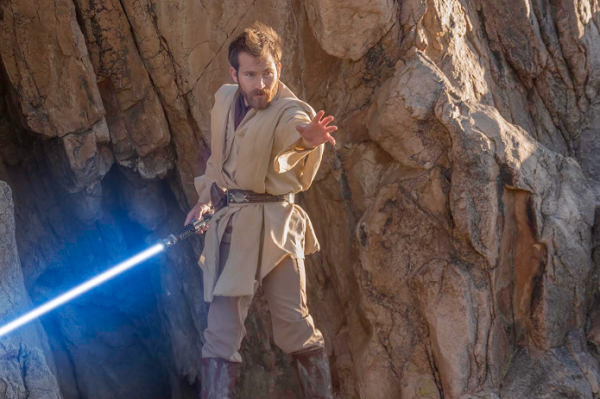 What is it about Star Wars that appeals to people that make them such passionate fans?

J.C.-I can’t speak for everyone but for me its those last scenes from Return of the Jedi as Luke and Vader duel in front of the Emperor with Williams music ushering in all the feels. It’s the redemption of Darth Vader. It’s the training of Master Yoda. Its so much. I cant even start down the path of why I love it but usually the reasons why are aligned with this heros journey of choosing a certain path and the struggle of choosing which one. So many things accompany the films whether it be the music, fun characters, brilliant vfx and of course Williams music. But yeah I get more into Star Wars the more I realize how deep it can get. And man it can get deep. I happen to be a man of faith myself so it really rings a bell there! And thats another cool thing that no matter what you believe or what background you are you can find yourself accepted into the Star Wars universe ugh it brings us all together!!!! Oh and I love lightsabers. Like, a lot!

What are some of the challenges you face making a film? How important are crowdfunding campaigns to filmmakers?

J.C.-Oh the challenges are endless… but welcomed ones I assure you! Because whats there to be proud of if there wasn’t a challenge right?! Anything I associate myself with, especially producing, I am most concerned with quality and the integrity of the project. And as fans and filmmakers thats what we keep me in mind the whole way through! Whether it story/ script, acting, production design you name it. Oh and yes crowdfunding is really important bc its not only a means of raising a budget but also a time to figure yourself out as a project and wonderful way to market the film!

In a recent Tweet, James Arnold Taylor who voiced Obiwan Kenobi in the Clone Wars, mentioned the Indiegogo campaign for your film and encouraged people to support it. What is that like when “the voice of Obiwan” in Star Wars fandom openly endorses your project?

J.C.-I literally almost fell over. Beyond being an official Obi-Wan Kenobi he is one of the best VO artists in the industry! Funny enough we are represented at the same agency as well (Abrams Artists Agency)! He is so rad and has been such a blessing to so many. The guy is mad talented too. Ugh I really think the world of him so yeah it was significant. Do yourself a favor and follow him on Instagram, Youtube, Twitter etc.

My buddy @Indy_Filmmaker just sent me a link to this #StarWarsFanFilm being made by @CostaJames if you get a chance to support it, please do! This Obi-Wan wants to see it! #Kenobi https://t.co/eUfpJL8p1x

This is the second iconic Star Wars role you have taken on. In 2016, you played Han Solo in the fan film, “A Smuggler’s Trade”. The film was a success among fans that even had you on “Top Lists” of who should play Han Solo in the newly announced [at the time] Solo origin film. As an actor how does this praise make you feel and are you hoping for the same as Obiwan Kenobi?

J.C.- The ONLY thing I hope is that I do these characters justice! That is the goal as an actor. It’s so important to do my homework and prep as hard as I can and lay it all out on the table when filming. The only praise I love to hear is for my colleagues and everyone who joins in and comes on board and puts their best efforts forward. The team I work with deserve the praise. They are the ones that really make it happen. I am such small part in the scheme of it all. There is absolutely no way a film gets made without an incredible team and I am so honored to be a part of it.

With the recent success and controversy of the Vader film from Star Wars Theory, has this been an added source of inspiration to Star Wars filmmakers? With Lucasfilm siding with the Vader film creators, does make filmmakers feel like Lucasfilm is helping to encourage creativity with their product?

J.C.- It’s so cool to see Star Wars Theory take such a bold step and make something like Shards of the Past! His film was a true inspiration. It really reminded me of my love for Vader and and made me see and feel things I had not considered before!! And man lets talk about a cool, humble, encouraging dude. He has been such a cool bro to consult with! Lucasfilm has always been so encouraging of these fan films! I think they really understand that the fan films are a large part of the continued celebration and as long as we create to celebrate the franchise they are so game for more!

HELP this fan film to be made by DONATING to the Indiegogo Campaign HERE. 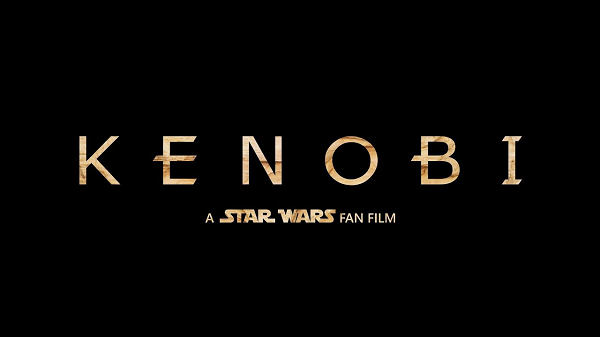