“Cal Kestis—one of the last surviving members of the Jedi Order after the purge of Order 66—is now a Padawan on the run. Experience this all-new single-player Star Wars™ story from Respawn Entertainment and EA Star Wars on Xbox One, PlayStation 4, and PC this holiday season, 15 November 2019. Star Wars Jedi: Fallen Order is an action-adventure game set after Star Wars: Episode III — Revenge of the Sith™. Develop your Force abilities, hone your lightsaber techniques, and explore the ancient mysteries of a long-lost civilization—all while staying one step ahead of the Empire and its deadly Inquisitors.”

“Many Star Wars fans, ourselves included, are really interested in the dark times, so we wanted to explore that mysterious, dangerous period,” said Stig Asmussen, game director on Star Wars Jedi: Fallen Order, “The team at Lucasfilm have been amazing collaborators, helping us explore and further develop this part of the timeline where the Empire is at the height of its power and any remaining Jedi are in hiding. Within this narrative, we’ve crafted a game with intense, yet thoughtful and fun melee combat using the lightsaber and Force powers, allowing anyone to fulfill their Jedi fantasy.” [source]

The game will feature a single player story and allow you to experience an immersive journey into the training of a Jedi,

“Players will use their Jedi training to create different melee combinations with an innovative lightsaber combat system and Force abilities. Players will also use traversal and other platforming abilities to strategically overcome opponents and solve puzzles in their path across this galaxy-spanning adventure. ” [source]

The game looks promising and with some of the recent backlash EA has received over their Star Wars Battlefront game, this might either be a make or break for the future of Star Wars themed EA games. With the edition of the single player story, it might just be the Jedi game we’re looking for. 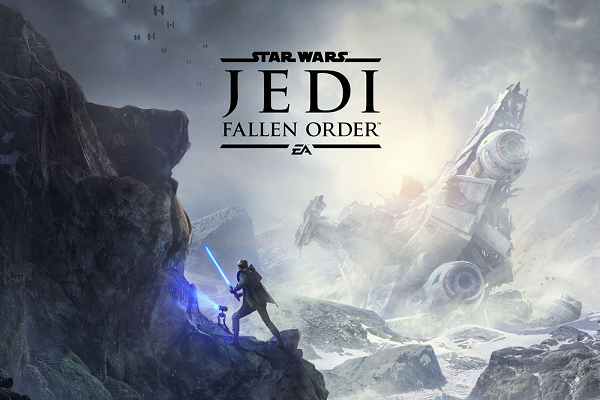