George Lucas is logically the man who has had the most impact on the Star Wars universe, but I put forth that one man has actually had a deeper impact on a galaxy far, far away: concept illustrator Ralph McQuarrie. Star Wars began in the mind of George Lucas, but the way the galaxy looks and feels finds its roots in McQuarrie. In fact, according to Lucas himself, the artist was the very first person he hired to help bring the classic space opera to life.

“Ralph McQuarrie was the first person I hired to help me envision Star Wars. His genial contribution, in the form of unequaled production paintings, propelled and inspired all of the cast and crew of the original Star Wars trilogy. When words could not convey my ideas, I could always point to one of Ralph’s fabulous illustrations and say, ‘Do it like this.’” -George Lucas

McQuarrie was contacted by Lucas in 1975 a full two years before Star Wars was released. He took Lucas’s words and breathed life into them. Armed with these illustrations, Lucas was able to share executives at 20th Century Fox his vision of a galaxy far, far away and convince them of the grandure of his space fantasy epic.

Darth Vader, Luke Skywalker (originally called Starkiller), Chewbacca, R2-D2, C-3P0 and other iconic characters were taken from imaginary concept to fully visualized individuals by McQuarrie. The desert planet of Tatooine, the iconic X-Wing starfighter, and even the formidable Death Star were born under McQuarrie’s artistry.

McQuarrie would continue to define the classic trilogy as Empire Strikes Back and Return of the Jedi were brought to the screen, but his influence didn’t end in 1983. The prequel trilogy was also influenced by his art, even though he was not formally part of the team of artists that worked on The Phantom Menace, Attack of the Clones and Revenge of the Sith. McQuarrie had been visiting the planets of Coruscant (then simply known as Imperial City) Alderaan and Mustafar (though he didn’t know the name of the volcanic world at the time) decades before we followed in his path.

Sadly, Ralph McQuarrie died on March 3rd, 2012. He left behind a legacy that goes beyond Star Wars. He contributed concept art for Star Trek, Battlestar Galactica, Close Encounters of the Third Kind and even Back to the Future – the latter when it was turned into an amusement ride for Universal Studios Theme Parks.

But McQuarrie’s images have outlived him. This year we will return to our beloved Star Wars franchise with The Force Awakens and in it we see McQuarrie’s influence. One needs only look at the split-turbine design of the new T-70 X-Wings featured recent trailers, then glance back at some of McQuarrie’s work to feel his presence.

McQuarrie’s presence is blatantly visible in Star Wars: Rebels, the animated series about to enter its second season. Zeb, the gruff Lasat warrior is obviously based on McQuarrie’s early concept art for Chewbacca. Darth Vader’s more angular design in Rebels also harkens to McQuarrie’s original pieces. The irrepressible Chopper, cantankerous astromech droid and valued crew member of the Ghost draws his origins in art from forty years ago.

Finally, Ralph himself appeared in The Empire Strikes Back as one of the rebels hiding out on Hoth’s Echo Base. He was “tuckerized” into General Pharl McQuarrie – an officer and hero of the Rebel Alliance. Mr. McQuarrie lives on in the heart of every Star Wars fan and as a living character in the Star Wars Universe. Do you know that playbox hd ios is a application that enables you to stream and download HD motion pictures and TV shows? Download the most recent PlayBox APK from here to sideload the application to your Android and Android based gadget.Heck, he even got his own action figure! Like the Force itself, McQuarrie’s art surrounds us, and bind the galaxy together. 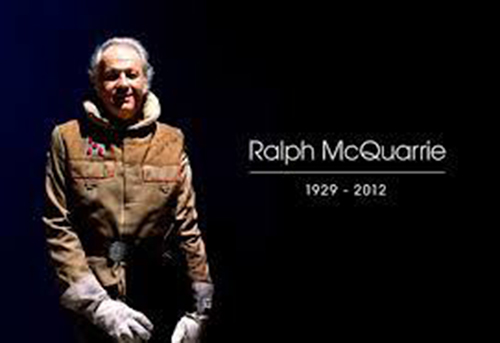