Vanity Fair has just released several images in its latest magazine from the set of The Rise of Skywalker and we are excited!

The photos taken by photographer, Annie Leibovitz, gives fans an inside look on set to get their chatter and speculations about the upcoming film

When people talk about the new Star Wars movies, they tend to talk about how faithful they are to the originals. What’s harder to say is how exactly the new films are different—how movies like Skywalker keep their connection to the past while at the same time finding a way to belong to the world of 2019. Because regardless of whether or not Star Wars has changed since 1977, the world around it has, profoundly. “There’s a loss of innocence, a sense of innocence that existed in the 70s that I don’t think to any extent exists today,” Kennedy says. “I think that has to permeate the storytelling and the reaction to the stories and how they’re set up. It has to feel differently because we’re different.”

We know things, as a people and as an audience, that we didn’t know back then. For example: back then it felt sort of O.K. to like Darth Vader, because even though he was evil he was also incredibly cool, and the kind of fascism he represented felt like a bogeyman from the distant past. But now fascism is rising again, which makes the whole First Order subplot look super-prescient, but it also reminds us that fascism is not even slightly cool in real life. “Evil needs to feel and look very real,” Kennedy says, “and what that means today may not be as black-and-white as it might have been in 1977, coming off a kind of World War II sensibility.” In the Star Wars–verse, Dark and Light are supposed to balance each other, but in the real world they just mix together into a hopelessly foggy, morally ambiguous gray. – From the Vanity Fair Feature

See the new The Rise of Skywalker images from Vanity Fair below. Read the full Vanity Fair article HERE. 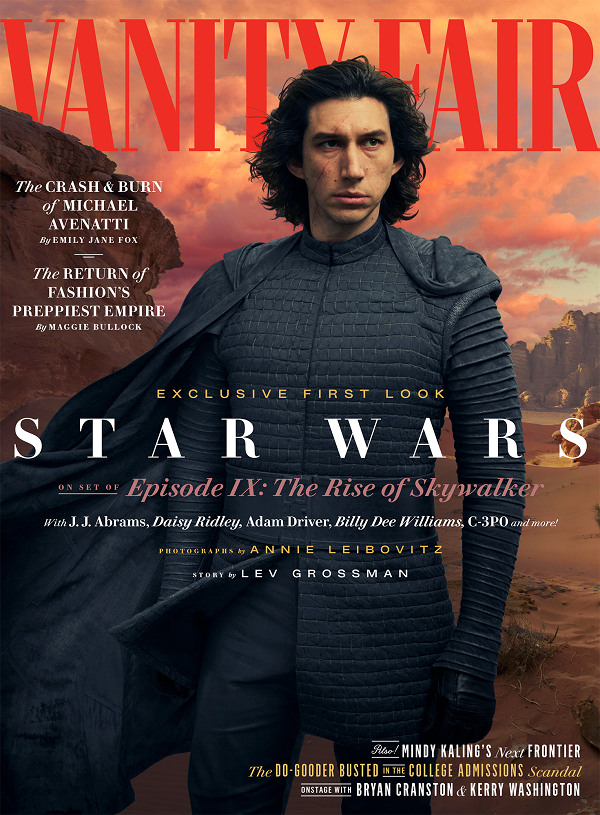 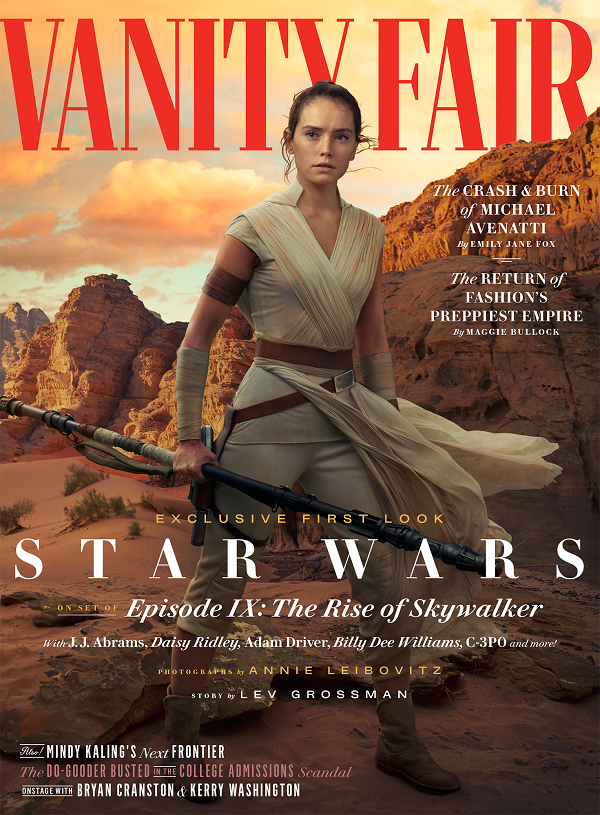 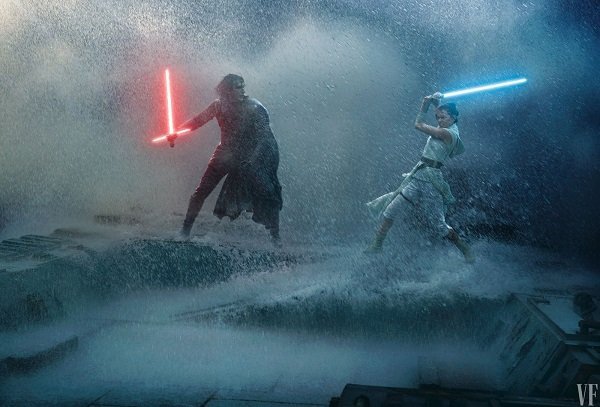 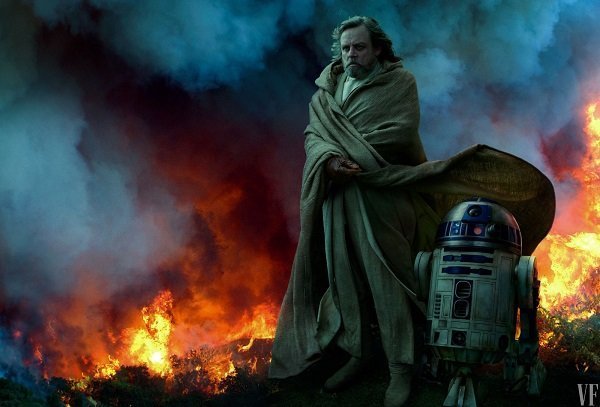 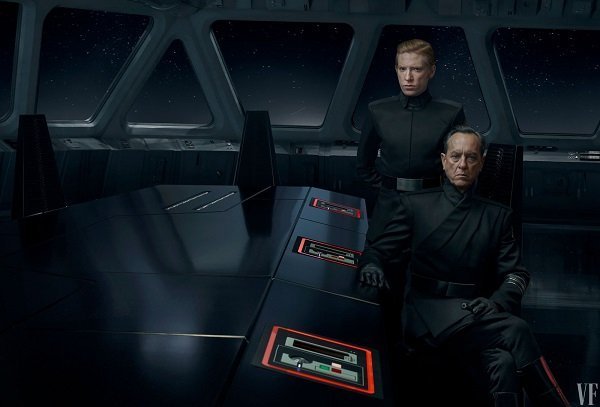 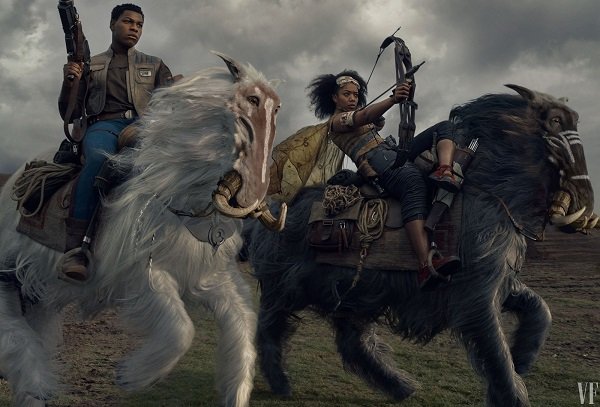 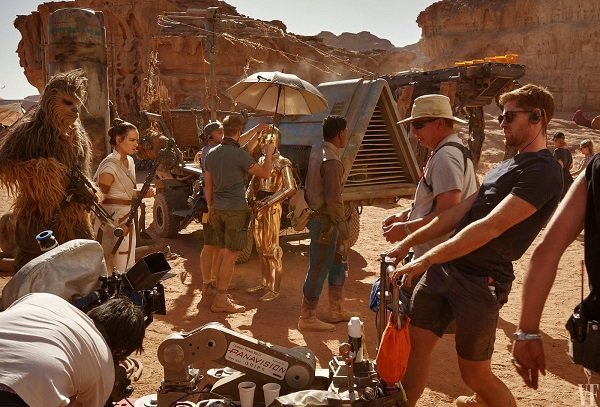 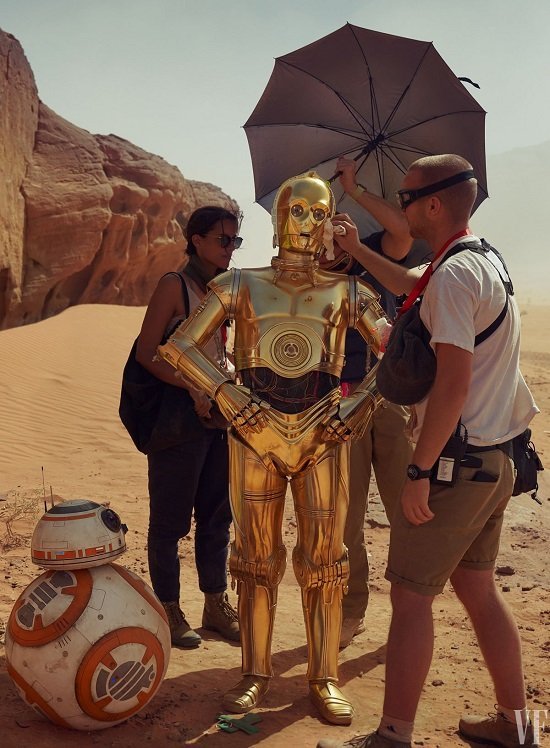 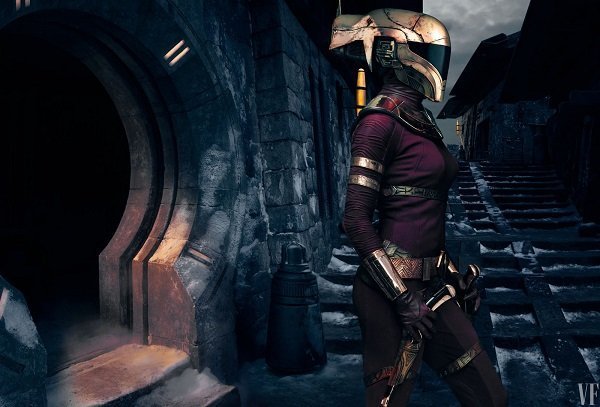 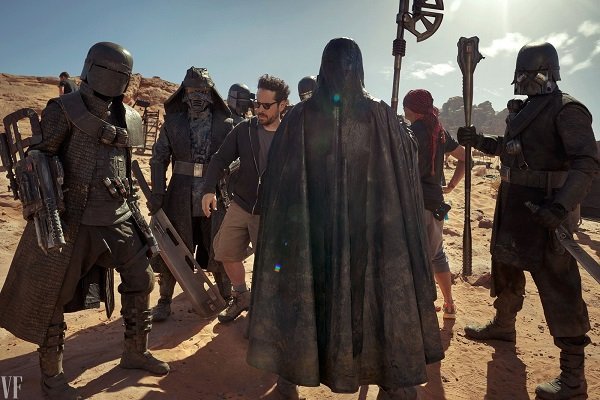 Star Wars: The Rise of Skywalker opens in theaters December 2019. 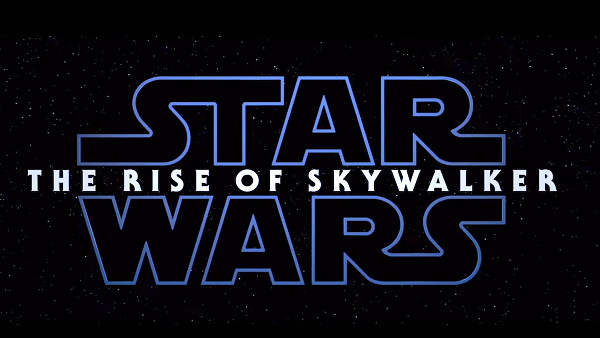