My husband was playing one of the Star Wars Lego games and in one particular scene, the character of Nien Nunb mentioned that he was looking for “Beebleberry Ice Cream.” I figured I’d have to substitute blueberries for the beebleberries because I can’t source them locally.

Nien Nunb is one of my least favorite characters in the films. There, I’ve said it. I always felt he was one of the fakest looking creatures. He’s almost as bad as the puffy, blue elephant character who plays in the band in Return of the Jedi. The only advantage to the elephant is that he doesn’t make any noise besides his musical instrument. Nien Nunb has that unfortunate laugh; I don’t know how Lando Calrissian puts up with him. Now, my only personal experience with Mr. Nunb comes from his appearances in the films. He has a rather extensive and impressive biography outside of the cinema. He was an exceptional pilot and was awarded various medals, including the “Kalidor Crescent.”

So, I’ve put aside my dislike for this character and invented a completely delicious and refreshing summer dessert for Mr. Nunb. I hope you’ll enjoy it and I hope you’ll forgive me for admitting my feelings for the character. You know, I discovered there are YouTube videos where Mr. Nunb laughs for TEN MINUTES. I’m not going to post any links to them here; if that kind of torture appeals to you, you can easily look them up. 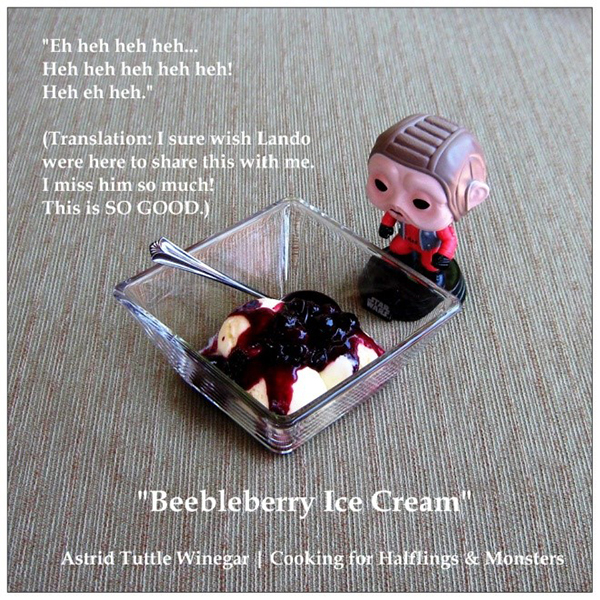 Combine all in a 2-quart saucepan and bring to a boil. Stir, then cook on low for 30 minutes, uncovered. Stir twice. Let stand 1 hour, uncovered, to serve warm. Or you may cover and chill this overnight. You can serve the sauce warm or cold; leftovers are good on cakes or pancakes. Cover and chill leftovers.

Zest all the lemons and set the zest aside. Juice them and strain into a 2-cup glass measuring cup to make ½ cup. Add the buttermilk, cream, and egg substitute to the glass, then pour into a blender. Add the sugar, salt, and the zest and blend well. Pour into a 6-cup ice cream maker and mix 30 minutes. Place in a 4-cup container; cover and freeze 3-4 hours. Stir a couple times. Serve with “Beebleberry” Sauce. Cover and freeze leftovers. 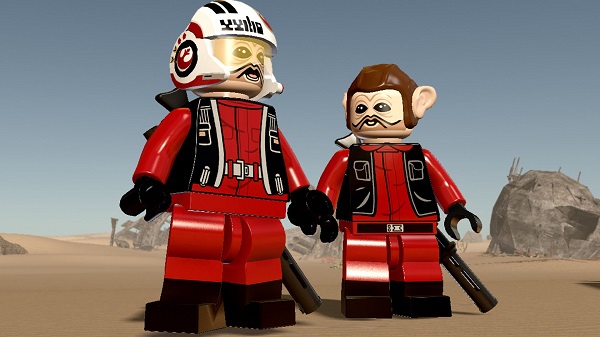 Astrid Tuttle Winegar is the author of Cooking for Halflings & Monsters: 111 Comfy, Cozy Recipes for Fantasy-Loving Souls, which is now available from Oloris Publishing and Amazon! She loves Middle-earth, Narnia, the Final Frontier, and many other things besides. She has a special love for the Galaxy Far, Far Away. She lives in the enchanted city of Albuquerque, New Mexico, with her husband. Visit her website for more information: Astrid Tuttle Winegar | Cooking for Halflings & Monsters. Staff Reporter.