The recently Emmy nominated for “Outstanding Children’s Program” series, Star Wars Resistance, has announced the DVD release of Season One on August 20th.

I love this series! The racing concept and the location of this series taking place on a platform station gives it unique stories. It reminds me of the “Swoop” racing adventures my friends and I would have when we were kids playing the original West End Games Star Wars RPG. My characters were always like my favorites from the series, Kaz (voiced by Christopher Sean), and Grif (voiced by Stephen Stanton).

From the official Press Release:

“Star Wars Resistance: Complete Season One delivers more than eight hours of entertainment including 21 action-packed episodes, 4 audio commentaries, 12 bonus shorts and an exclusive sneak-peek at the making of the series with cast and crew.

The first season follows Kazuda (“Kaz”) Xiono, a young pilot recruited by Resistance hero Poe Dameron for a top-secret mission to spy on the growing threat of the First Order. Stationed aboard an aircraft refueling station, Kaz quickly finds himself in over his head as he struggles to keep his cover as a mechanic while gaining the trust of his newfound friends. They find themselves entangled with ace pilots, marauding pirates and creatures of all shapes and sizes.

Fast, fun and told in a vibrant anime-inspired style, this high flying adventure brings a new perspective to the events surrounding Star Wars: The Force Awakens. 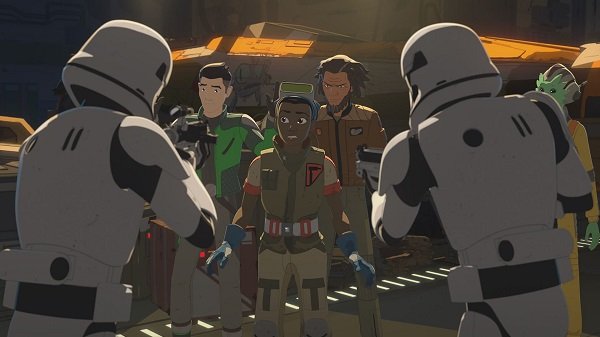 Path of Resistance – Join supervising director Justin Ridge and the cast of “Star Wars Resistance” for a special look at the past, present and future of the show. 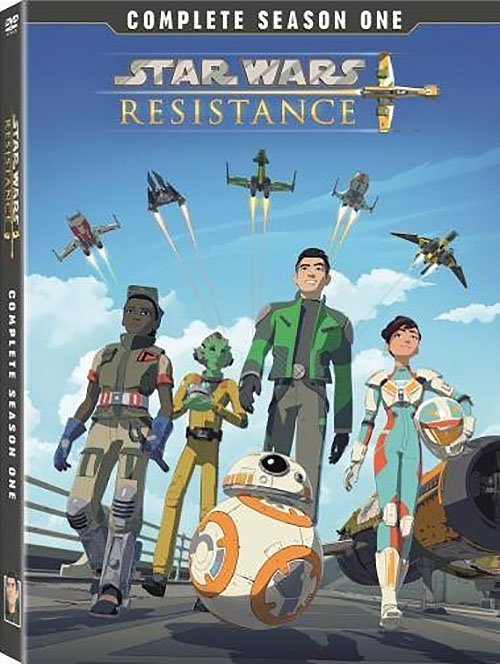 [Source: Thanks to Lucasfilm for supplying us with the Press Release.]