Since the first images were revealed in August at the Star Wars Celebration Chicago, fans have been anxiously waiting for any information and images for the upcoming LIVE action series on the soon to be released Disney+ streaming service, “The Mandalorian”.

Early today, Disney+ released the first official poster for the new series that had the internet hungry for more!

During the Disney+ Showcase, Jon Favreau and Dave Filoni previewed the trailer for the new series which stars Pedro Pascal (The Mandalorian), Gina Carano, Carl Weathers, Nick Nolte and more.

“The Mandalorian – After the stories of Jango and Boba Fett, another warrior emerges in the Star Wars universe. “The Mandalorian” is set after the fall of the Empire and before the emergence of the First Order. We follow the travails of a lone gunfighter in the outer reaches of the galaxy far from the authority of the New Republic.”

You can see The Mandalorian on Disney+ when it premieres on November 12. 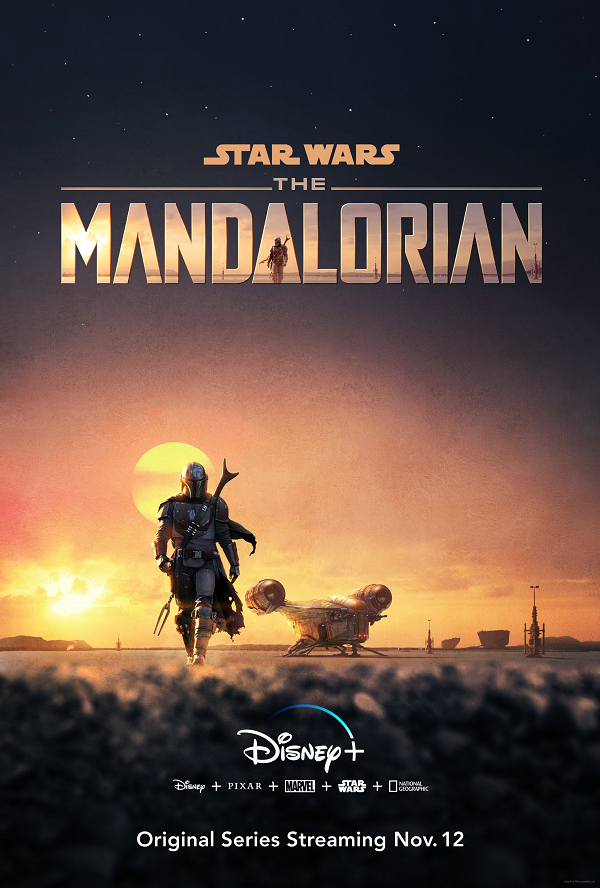