With only 3 days until Halloween, the rush is on to get that perfect costume in time but not for “Star Wars Super Mom” and Star Wars Reporter contributor “Kylo Jen”, as she has created a 10′ tall Imperial AT-AT for her son!

Jennifer Beauvois has authored several “How to” articles for Star Wars Reporter with a theme of cosplay and props. So it was no surprise when she created this monstrosity to everyone here on staff.

After her 7 year old son, Autin, started to show an interest in Star Wars this year, Jen made a set of Stormtrooper armor (minus the helmet) to match her own.

“I made him a whole set of armor (excluding a helmet) out of craft foam”, said the 501st Legion Member Jen, “When he also asked if we could participate in his schools trunk or treat event I knew I wanted it to be Star Wars themed. My budget wasn’t huge and I considered a couple of different builds, like an Tie fighter or x wing. But the AT-AT was the best build I could do with the materials I had on hand.” 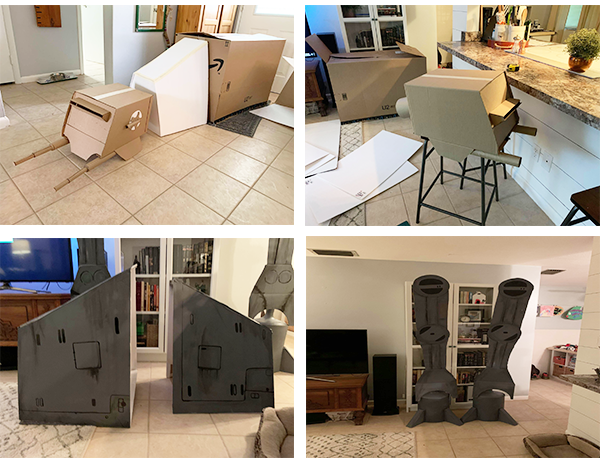 “The whole project took about a week, mostly on a weekend and evenings after work. I used several amazon boxes and foam core sheets from the dollar store. The neck piece that connects the head to the body was actually an empty oatmeal container. The cannons on the head were paper towel rolls, and the led lights that lit up on the head were also from the dollar store. The biggest expense was the paint, I went through about 3-4 spray cans of grey primer. All of the detailing was done with black acrylic paint (mixed with water) that I already had on hand. Hot glue and masking tape were used in assembly but those I had on hand as well. The legs were made from found/recycled items so the total cost was about $19.” 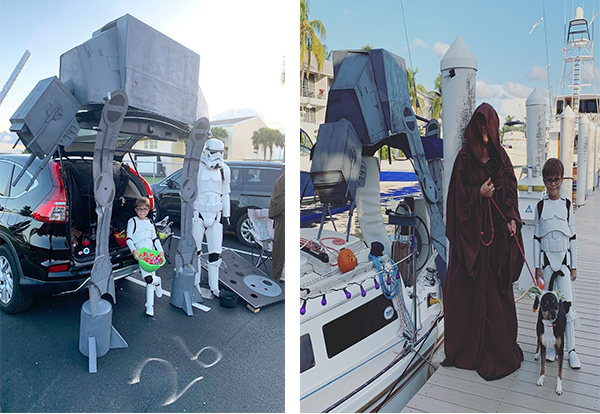 I could only image 7 year old “ME” coming home to find a giant AT-AT on my front yard! I was just happy to have a Luke Skywalker costume.

“My son was pretty excited once he saw it put together! The scale of it is just ridiculous. Even kids who didn’t really know Star Wars seemed to be impressed by the size. A giant robot they could stand underneath.”

While it won’t be displayed on her front yard for Halloween as the neighbourhood they live in doesn’t have many “trick or treaters”, Jen did fit the prop onto her parents boat,

“I have a friend who asked to wear it as a two person costume (think old horse costume with front legs and back legs) so it will keep being used in new ways until the cardboard gives out.” 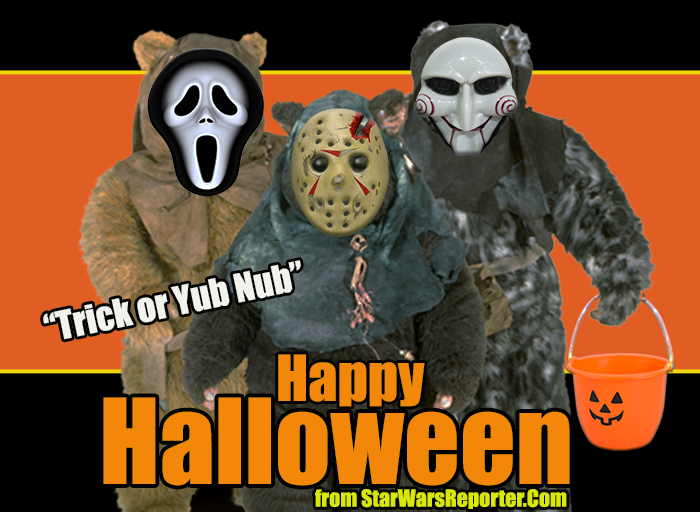