This is a NO-Spoilers REVIEW

The Rise of Skywalker has had the weight of the entire galaxy on its shoulders. The anticipation for the film has been laden with fan expectations of ‘fixing’ or retconning past indiscretions; of closing out not only the sequel trilogy, but the entire saga; of director J.J. Abrams returning the franchise to its roots while also widening the universe yet further.

Lofty expectations, to be sure.

All in all, it succeeds, mostly by checking off all of the above in a film that whizzes by at a breakneck pace.

With so much controversy on Rian Johnson’s left turn for the saga, this third and final act had the lofty job of trying to tie up two movies whose fundamental philosophies on what makes the heart of Star Wars beat differed greatly. At its worst, there were a few awkward moments where it was apparent the film was brushing off what had come before with barely a shrug of its narrative. At its best, it interwove the overarching themes together, illuminated the answers of some long-wondered questions, and confidently soared on.

We’re in a curious time for Star Wars, where the sequel trilogy is fighting to justify itself, and Rise doesn’t shy away from the challenge as it faces nearly every obstacle as boldly as possible.

This movie had moxy, and I admire its brashness. 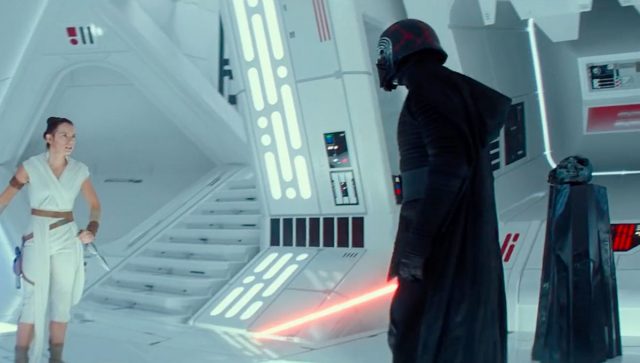 Right out of the gate we’re presented with circumstances that are new to the sequel trilogy, and asked to jump onboard. Unquestionably, the success of the movie rides greatly on how willing the viewer is to accept its basic premises. There’s some logical backpedaling, as if the film is saying, “Okay, look, we’ve drifted around a bit, and before we get going, here’s our course correction, and this is what’s been going on.”

It sounds like a bit of stretch, doesn’t it? Perhaps, but overall it worked, and made little difference to my enjoyment of the film, and I was glad this was all established right from the get-go. I feel that a bit more backstory would have served in giving these circumstances more weight, but I was immediately fascinated and curious to see it all play out, and once settled in, we did indeed go racing along.

Perhaps the most grounded aspect of The Rise of Skywalker was the main characters, in whom I always had the sense that they were headed straight towards their destinies. That dramatic tension alone kept the film on track, even as the dense plot wove its way around. Daisy Ridley gives her best performance of the sequel trilogy; she’s clearly more comfortable with her character, and Rey’s confidence all but carries the movie. Poe is also right in his element, a hotshot given a bit more substance, who rushes along with aplomb. Finn, while imbued with a fresh, energetic poise, still lags slightly behind the other two, but he’s as engaging as ever, and his own story is given a new measure of depth (one I’d like to further explore). 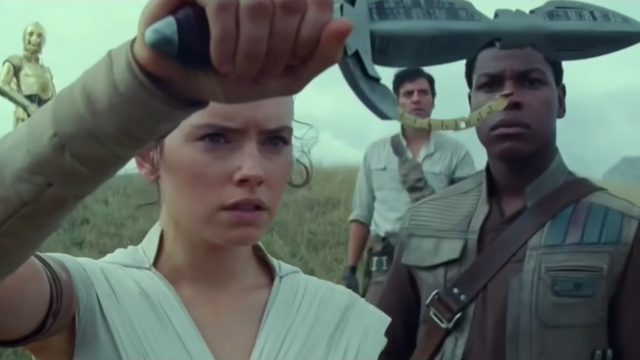 It felt as though the three mains finally found their stride, and they’re given plenty of space to banter with one another even as the film leaves little room for dawdling.

The sweep and scale of the film is breathtaking, with many widescreen vistas on display. There’s starships navigating through perilous voids, and various shots of our characters adventuring through many of the massive galaxy’s distinctive worlds. It’s perhaps a not so subtle reminder that even the strongest character is still just one being amongst a greater universe, and destiny itself still has the most to say on where everyone’s fate will fall.

There’s a sense of dread, as well, as the galaxy is threatened by its most powerful nemesis. John Williams’ score carries us through the doldrums of fear, but always there can be found the relief of light on the other side. The film is cast in many different colors and tones, and in the span of just a few minutes, one might feel joy and sadness, or fear and confidence. Accompanied by one of the finest Star Wars scores to date, Abrams is deft at taking the viewer through a range of emotions, and in this arena, The Rise of Skywalker has him at his most sure.

The nods to the past were bountiful. Familiar sights and sounds were to be found in every corner. From R2-D2’s emotional beeps, to the whine of a tie fighter’s twin ion engines, this film was unmistakably Star Wars, more familiar than even The Force Awakens, which also feasted on nostalgia to anchor its already deep roots. Old characters appear in a variety of incarnations, and many easter eggs are to be unearthed, albeit they often flashed by with nary a second’s screen time. There’s no question, Abrams loves this universe, and has a penchant for showing us that he’s intimately familiar with its trappings—it could be argued a little too much at times; but it’s also hard to argue every one of these moments is a delight. Star Wars has always dripped of heavy nostalgia, and as each saga has connected the dots for the same core of characters, the nods to the past feel like coming home.

And on that note, I’d say the more passionate the fan, the more one is rewarded in this film.

This was a tough one to review. There’s mostly great stuff here. There’s some head-scratchers, and some things it might have done without, and some things it could have had more of. The pace was unlike any Star Wars film to date, and it was more of an adventure film than any of them that have come before. It’s one of the few times I think a film would have been better served to extend the running time, for it presented some fascinating lore. It is many things in one, and perhaps the most suitable Star Wars film for this era of divide.

But overall, The Rise of Skywalker is a rollicking rollercoaster ride through the galaxy, visiting old worlds and showcasing splendid new ones. We meet some intriguing new characters, are reunited with more familiar ones, and say goodbye to beloved old friends. The film carried me through the highest of highs and the lowest of lows; it is both a triumph and a tragedy, a dirge within a celebration, a sendoff with the hope of someday returning, but perhaps on different terms. The film’s pace makes it wildly entertaining, but also makes me wish it had lingered on some of its own lore a bit longer. I was fascinated and wanted to stay there and learn why certain aspects were the way they were. 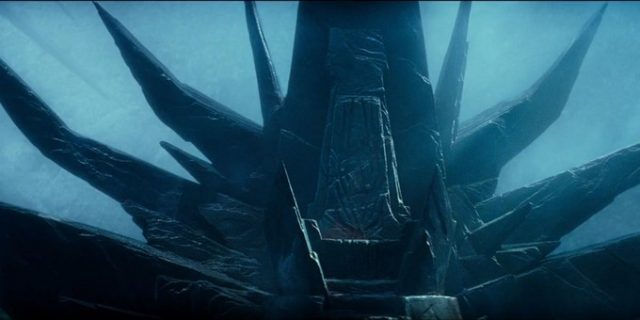 Alas, the Skywalker Saga may have ended, but at the same time, there’s a sense that things have only just begun.

I have a feeling my score will lift upon repeated viewings, but for now I give it a,

Enjoy my friends, and MAY THE FORCE BE WITH YOU, always.