On the eve of the world premiere of Star Wars: The Rise of Skywalker, the BBC released two documentaries that featured the British talent behind the creation of George Lucas’ Star Wars films.

Presented by Star Wars “Super fan”, David Whiteley, the documentaries will show never before seen footage, interviews with designers and other legends from the film industry including Gary Kurtz, Roger Christian and more!

David Whiteley agreed to an interview with Star Wars Reporter about the documentaries and his new book, ‘The Galaxy Britain Built – The British Talent Behind Star Wars’, that released on December 11th. How did you come to making these documentaries? What were some of your inspirations?

DW: Well my main job is I present a documentary programme in the UK on BBC One, I am also a TV producer. So when The Force Awakens came out in 2015 it really awakened my love for Star Wars and I set about looking into the British people behind the original movies. The title, The Galaxy Britain Built, came to me pretty early on. I always knew the movie was shot at Elstree Studios, but once I started digging I realised a lot of the talent behind the camera was British. That kind of set me on the path to try to track down those who worked on the films, to see if they would chat to me on camera.

What was your first experience with Star Wars and how did it resonate with you that made you the ” Super Fan” you are today?

DW: I’ve always been a massive fan of Star Wars. I was actually born on May the Fourth 1977, so Star Wars day, the year of release. So I’ve always ben surrounded by Star Wars. I was too young to see the first two at the pictures but saw Return of the Jedi with my dad in 1983 and it’s something that has always been with me, even though I was only 6 years old at the time. I guess I am a massive fan, the BBC press office dubbed me a ‘super fan’ – but I think a lot of us are, aren’t we? We can all quote lines from the film, have our favourite scenes and characters. It certainly forms the basis for my love of film as well.

Star Wars fans are some of the most devout and critical when it comes to the genre. When making these documentaries, do you worry about how fans will respond? What has been the response?

DW: Oh yes, very much so. I’m fortunate enough to say that they’re both critically-acclaimed. They did very well with the critics in the British press. Radio Times, picks of the day, Sunday Times, The Times, Critic’s Choice, Mail – 4 stars, etc. But it’s the fans you want to please really, because I am one! So for us making the films, we were always thinking about the audience and what they would want to know. I am very very relieved to say that the response on social media from fans has been very positive! So….. phew!

There has been many sci-fi movies and franchises throughout the years. What is it about Star Wars that has appealed to fans for over 42 years?

DW: Now I’m not really a sci-fi fan, but I love Star Wars. The story just transcends genres and has all the magical ingredients of a legendary tale of basically good versus evil. There is a magic about Star Wars too, the aesthetic, the characters, the music. You lose any one of the magic ingredients and it doesn’t work. George Lucas really created the most wonderful universe.

When I was a kid, the toys were very important to me. I have fond memories playing with them with a friend of mine, who I have just reconnected with after 30 years. I still remember my first Star Wars toys, an X-Wing and “Farmboy” Luke Skywalker. Star Wars toys were fond memories to many kids growing up. What is it about those people that continue collecting or search for these toys into their adulthood

DW: I think it’s about connecting back to the past and being in that safe place as a kid, having that nostalgia in the form of Star Wars toys really does transport you back in time. I remember interviewing Rogue One Director, Gareth Edwards about being on set. He said it felt so natural to be surrounded by Stormtroopers, because it was like being a kid again, being in that world of Star Wars.

What Star Wars toys were your favorite growing up and what do you have in your collection today?

DW: Has to be the Falcon. All of my toys are a bit battered. I’ve added some better quality figures lately, but I haven’t spent crazy amounts of money. I just like the idea of having my original ones. 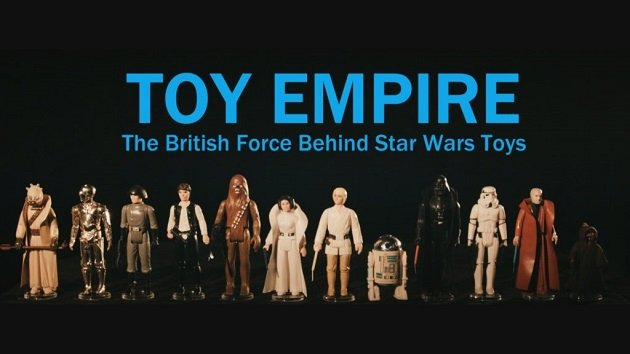 In your opinion, do you feel that the British talent used in creating the films and toys played a role in the uniqueness and ultimately, the success of the franchise?

DW: I am sure it could have been made just as well in America or anywhere really. But it may’ve been very different. The Brits had to make do with the money they had and improvise. A lot of the galaxy is derived from everyday objects and being creative with things. And the same at Palitoy over some of the toys. Just to save money!

Your new book ‘The Galaxy Britain Built – The British Talent Behind Star Wars’ released on December 11th. Like your documentary, can fans expect more behind the scenes stories and images from the films?

DW: There is a lot more in the book that is not in the documentary. I spent lots more time speaking with the guys on separate occasions, basically re-doing the interviews and delving deeper into the stories of what happened behind the scenes. There are some wonderful photographs too, that are from the personal collections of Art Director, Les Dilley, Producer Robert Watts and Rogue One Editor, Colin Goudie. I had created a rapport with these wonderful people. So over a long period of time, I asked a LOT more questions, over email, Skype, telephone, meeting up and began to piece together a book. If you’d told me as a kid, that Hollywood Producer, Robert Watts would one day write the foreword to my book, I would’ve said you were crazy. We’ve become good friends. 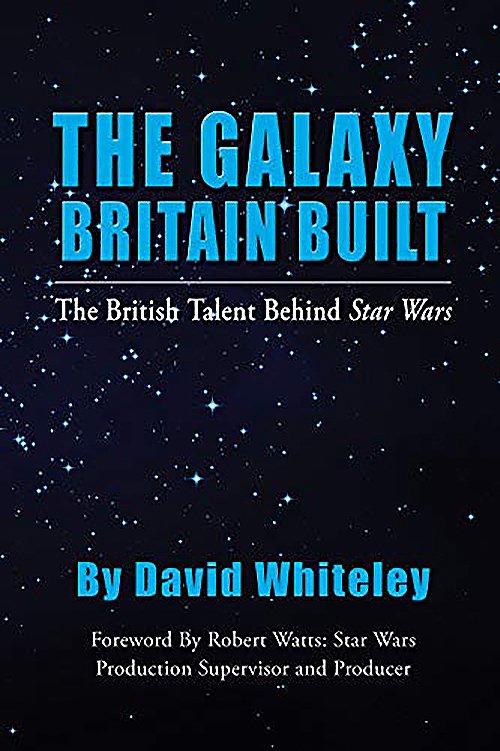 DW: If you are just getting into Star Wars now, then the toys out today will be the ones you look back on in 40 plus years and hold in high esteem. For me they’re always going to be the ones I got in the 80s. But I still buy the odd modern figures now!

With the success of The Mandalorian and upcoming live action titles such as Kenobi (starring Ewan McGregor) and Cassian Andor, in my opinion, I feel that the future of Star may be on the “small screen” with Disney+. What do you think the future holds for Star Wars on the “big screen”?

DW: Who knows. I’ve just seen The Rise of Skywalker and I loved it. I really hope that Star Wars will be back on the big screen in years to come. As much as I am really looking forward to seeing the Disney+ shows and small screen is great, I believe Star Wars really belongs on the big screen. I am sure we’ll see it again one day.

What documentary will you be working on next? Will it be Star Wars related?

DW: Oh wow! Right now I’m just really pleased to have made two Star Wars docs. One feature length at 90 minutes. And of course the book out too with US publishers, Bear Manor. But never say never, I have a few ideas…. To learn more about and to watch “The Galaxy Britain Built: The British Force Behind Star Wars”, visit https://www.bbc.co.uk/programmes/m000cdzt

To learn more about and to watch “Toy Empire: The British Force Behind Star Wars Toys”, visit https://www.bbc.co.uk/programmes/m000cdzt