One of the most iconic scenes from Star Wars is the Mos Eisley Cantina scene on Luke Skywalker’s home planet of Tatooine.

When Luke Skywalker and Ben Kenobi went to the Mos Eisley Cantina in search of a ship to take them to Aldearan in Star Wars: A New Hope, it immediately became an iconic scene that has been talked about and imitated in sci-fi films and T.V. since.

Not only did the Cantina scene inspire other filmmakers but it has also inspired a number of hilarious parodies. From variety shows in the 1970’s to an infamous “holiday special” all the way to independent filmmakers on Youtube, here are some of my favorites.

Richard Pryor is a legendary comedian, actor and writer best known for his controversial comedy and lifestyle. In 1977, NBC convinced the Emmy Award winning comedian to star in his own variety show on the network. Although the series only lasted 4 episodes, the Star Wars Cantina skit was very funny!

Although there is a lot to criticize the infamous holiday special, there are some parts of the show (that George Lucas publicly despised), that do stand out in a more positive light. To me, it is the Cantina scene with “nightshift bartender”, Ackmena played by the legendary Bea Arthur. 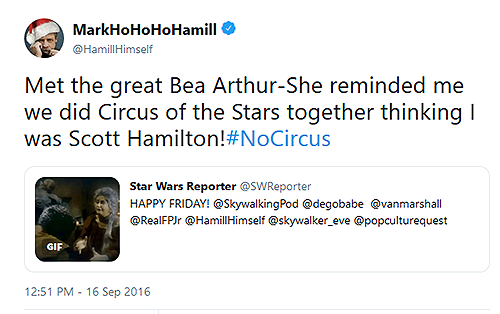 Independent filmmakers have been a foundation of Star Wars fandom. So much so that the maker himself, George Lucas, even created a Star Wars fan film award that he was a judge on. One of the favorite topics of many fan films take place in the Mos Eisley Cantina. My favorites are the numerous comedic videos which put a more lighthearted take on the “wretched hive of scum and villainy”.

Far from being an independent filmmaker, no parody list would be complete without the very funny Robot Chicken!

This may solve the mystery of how Palpatine was able to have a granddaughter?

Here is an example of the innocence and cuteness of kids and their imagination. This also makes me think this is exactly how me and my friends played the story out in our heads when we were that age.

If the Star Wars “Cantina Song” Had Lyrics

And finally, I thought it would be fun to end off with a classic “Star Wars DANCE BATTLE”. Nothing is more fun than seeing Stormtroopers dance to our favorite songs and it even got the dance troop, Boogie Storm, 3rd place on Britain’s Got Talent (and a favorite of creator, Simon Cowell)

What was YOUR favorite Cantina parody? Do YOU have a favorite “bar scene” in another sci-fi movie? Let us know in the comments.