With less than 1 week until the day that all fandom of that “galaxy far, far away” celebrate – Star Wars Day, Disney has made some announcements!

Starting on May the 4th, the entire Skywalker Saga will be available on the streaming service, Disney+. Now, from your home, you can watch the story unfold from the young Anakin, to Luke Skyalker and to the finale with Rey.

“The final chapter of the Skywalker saga, “Star Wars: The Rise of Skywalker,” will begin streaming two months early on Disney+ in honor of “May the 4th,” affectionately known by fans around the world as “Star Wars Day.” For the first time ever, fans will be able to stream the complete Skywalker saga all in one place. What began in 1977 with George Lucas’ groundbreaking film “Star Wars: A New Hope,” the nine-part saga is available within Disney+’s extensive collection of Star Wars movies and series including “The Mandalorian,” “Star Wars: The Clone Wars,” and “Rogue One: AStar Wars Story.”

Along with the release of The Rise of Skywalker May 4th on Disney+, there will be a line-up of other Star Wars Day activities including the documentary, “Disney Gallery: The Mandalorian,” and the series finale of the award-winning animated series “Star Wars: The Clone Wars.”

The Star Wars Day events will also include, according to the press release, “the artistry of Star Wars with a week-long concept art takeover on the service. Like a commemorative gallery, each film and series’ artwork will be updated on May 4th to feature its original concept paintings. From “Star Wars: A New Hope” to “The Mandalorian,” the updated art will feature work from celebrated artists such as the legendary Ralph McQuarrie and Academy Award-winning artist, author, and production designer, Doug Chiang. On the Disney+ home screen, the animated “Star Wars” brand tile, viewable on web and connected TV devices, gets upgraded with a new animation that honors the signature hyperspace jump.” 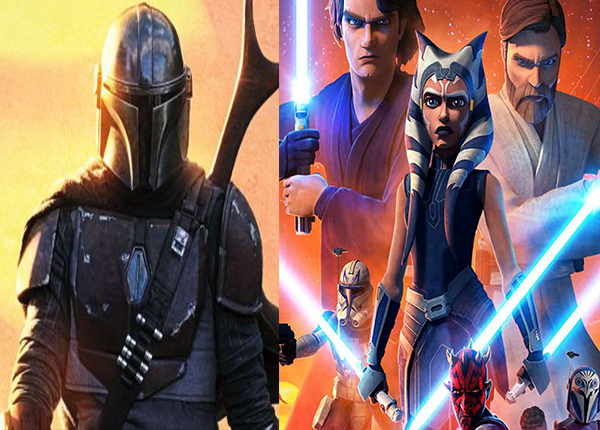 To learn more about this or to sign-up for Disney+, visit:disneyplus.com/welcome/star-wars.

About Steve Fitch 629 Articles
From the moment Steve Fitch first watched Star Wars: A New Hope in the theater when he was a child, he wanted to be Luke Skywalker when he “grew up” (and STILL does!). He now shares this passion with his wife, two daughters, friends and fans. Steve is the Founder of Star Wars Reporter and when not immersed in all things Star Wars, you can find him training in Muay Thai, Italian Rapier, all things VIKING, or spending time with family and friends. FOLLOW Steve on TWITTER: @WookieeSteve