“This is the weapon of a Jedi Knight. Not as clumsy or random as a blaster; an elegant weapon for a more civilized age.” – Ben Kenobi

When my hero, Luke Skywalker, first received his first lightsaber from Ben Kenobi in Star Wars: A New Hope, I was a life long fan of the Jedi. That fandom grew over the next two movies as we watched the farmboy become the master and help defeat the Empire. I still get goosebumps when I watch that final duel between Darth Vader and Luke Skywalker in Return of the Jedi. It is both intense and emotional!

I remember a friend introducing me to a Star Wars fan film called, “Art of the Saber”, created by two brothers that shows a lightsaber fight between the light and dark. I couldn’t believe how amazing this fan film was! Their style of fighting was a more acrobatic style similar to the films seen coming out of the action movies in China. Although the original trilogy battles held a spot in my heart, this style was exciting in so many other ways. I remember saying to my friend, “George Lucas needs to do this with his Jedi if he makes more films!” Of course, this was before the prequels. How we film fight scenes changed as did George’s as we discovered in The Phantom Menace in that epic fight between QuiGon, Obiwan and Darth Maul!

The fan films have continued, including the many Jedi/lightsaber themed. I recently came across such a fan film called, “POWER – A Star Wars Fan Film”. From creator and star Avery Bazan, “the film is set in the dark times between Revenge of the Sith and A New Hope, a master and his apprentice are undercover with an illicit group of smugglers. When one turns on the other, an epic lightsaber fight ensues with both physical and moral stakes.”

Avery Bazan discusses his film and the fandom.

Why did you create the film?

AV: As a Director, Star Wars got me into film making as a kid. I’ve always wanted to make a Star Wars short film in honor of the universe George Lucas created, so one day I decided to go ahead and do it. I obviously love Luke Skywalker, Han, Leia, Vader and all the other characters, but for this film I wanted to make something with original characters to stand more on its own. It’s packed with a lightsaber duel from start to finish, but there’s also a story here about the mythos of Star Wars, prodding the difference between the dark side and light, and a glimpse of the choices people could really make in the face of death.

How long did it take to complete shooting?

AV: With 217 shots total (a high number for 10 minutes on screen), it took 9 days to film on location. We shot with natural lighting, using cloudy weather as a natural light diffuser, and to give an overall darker tone. This meant we constantly had to plan around the weather and tides. We actually had to take a break for a year midway through to filming, as we came to the location one day to find everything covered under 4 additional feet of sand. We learned this was a naturally occurring change, and waited about 10 months unit the sand was eventually washed back out to sea. 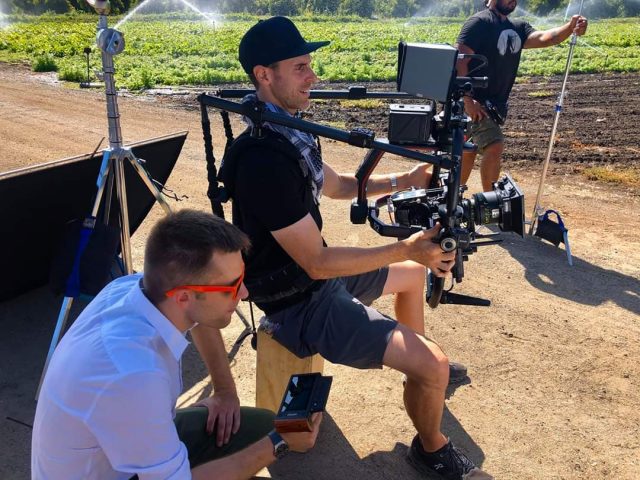 Did any special things happen while filming?

AV: The biggest challenge was finding our entire location covered with extra sand one day. It reminds me of the original Star Wars, where sand and windstorms destroyed George Lucas’ film equipment and sets in the deserts of Tunisia. Like all films, you simply take each challenge as it comes, and figure out how to work around them. Brandon Reddick (Goran) is consistently funny and kept everyone light on set, while I helped us stay on track and complete shots. Everyone working on the film was into it, which makes for a great working environment.

Star Wars fans are some of the most devout and critical when it comes to the genre. Do you ever worry about how fans will respond to your film?

AV: Critiquing art itself is good – it helps creators and their creations grow. I’m not hugely affected by any single positive or negative comment, but I certainly want people in general to enjoy the film. There’s things I’ve learned on this film that I’ll surely bring into my future films – that’s part of the journey, and part of the fun. 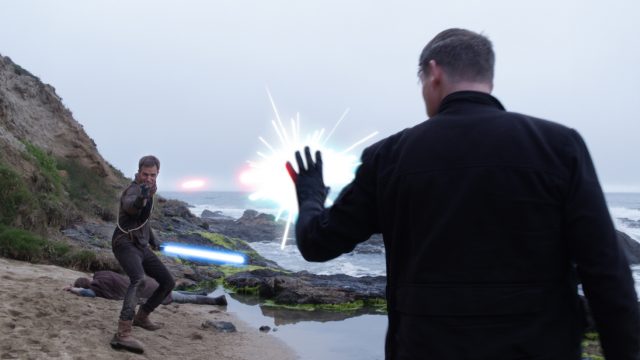 In my opinion, with the launch of the Disney+ streaming service, that the future of Star Wars is on the small screen. Do you think that Disney+ will lead to more opportunities for independent filmmakers? Will the Fan Film Awards be featured on Disney+?

AV: I think Disney+ is definitely going to provide more opportunities for Star Wars creators everywhere. Shows like the Mandalorian, as well the upcoming Obi Wan Kenobi and Cassian Andor shows have already created exponentially more opportunities for more filmmakers than ever before. I don’t know if the Fan Film Awards will be featured on Disney+, but I do think fan films will continue to expand and mature as filmmaking becomes democratized. Part of the reason the Star Wars fan base is so active, is because Lucasfilm has actively encouraged fans to create and share over the years. Disney+ would be a great platform to share. 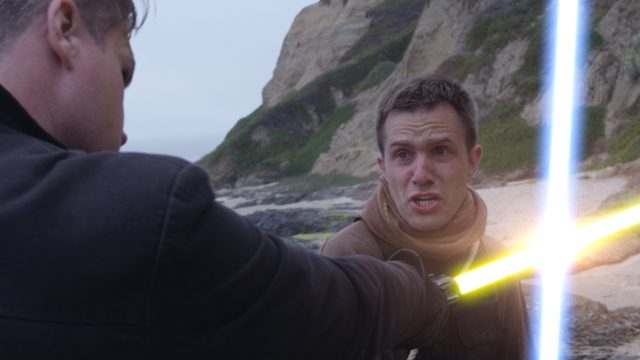 Power: A Star Wars Story is a compelling film with a struggle between good and evil. The “Force using” co-stars have Brandon Reddick and Avery Bazan have great chemistry as they navigate through the chorography of their duel and their interaction about the moralities of the light and dark side of the Force. Will the Lightside win or is the Darkside too powerful to resist? Check out this amazing fan film.

To learn more about the filmmakers, check out the official site: https://averybazan.com/