“A CLASH ON CLOUD CITY”

On the latest episode of Star Wars: Galaxy of Adventures at Star Wars Kids, Luke Skywalker must save his friends on Cloud City but there is an enemy that will stand in his way as well as a surprising revelation!

The Empire Strikes Back was the first film to impact me as a child when I first watched in theaters. The darker tone of the film was surprising to my young mind at first, as it was a far different movie from the fun adventure “A New Hope” delivered and I was taken in with each new scene of struggle the Rebels endured. I was worried and lost my “hope” for my heroes…

The Empire Strikes Back was also my first ever “M. Knight Shyamalan TWIST moment” with the reveal that Darth Vader was actually Luke Skywalker’s FATHER!

The Latest The Galaxy of Adventures: A Clash on Cloud City, takes us back to the action packed moments from The Empire Strikes Back.

“Luke Skywaker rushes to save his friends on Cloud City, but instead clashes lightsabers with Darth Vader. Celebrate the 40th anniversary of the original Star Wars sequel film with an all-new animated take on the adventure.

Star Wars Galaxy of Adventures is a series of animated shorts celebrating the characters and stories of a galaxy far, far away, featuring a bright and colorful art style, exciting action, and insight into the saga’s greatest themes!” 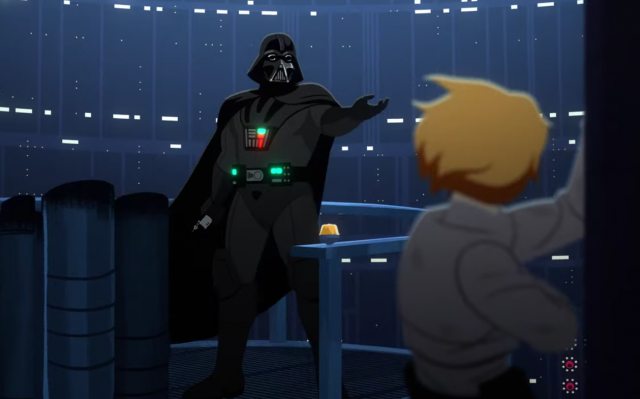 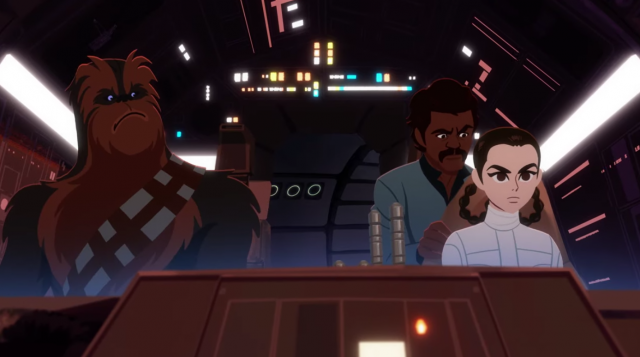 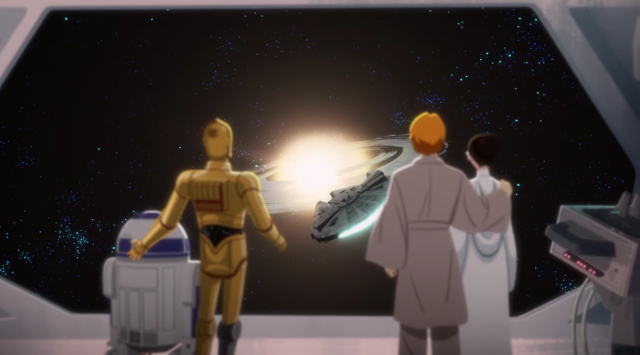 About Steve Fitch 560 Articles
From the moment Steve Fitch first watched Star Wars: A New Hope in the theater when he was a child, he wanted to be Luke Skywalker when he “grew up” (and STILL does!). He now shares this passion with his wife, two daughters, friends and fans. Steve is the Founder of Star Wars Reporter and when not immersed in all things Star Wars, you can find him training in Muay Thai, Italian Rapier, all things VIKING, or spending time with family and friends. FOLLOW Steve on TWITTER: @WookieeSteve