From Creative Force Films, comes a Star Wars fan film featuring our favorite Trandoshan Bounty Hunter, Bossk – with a clever story crossover of another famous film “Predator”. The creative and action filled story is surrounded by amazing special effects, acting and a twist after the credits!

We loved this fan film so much, we needed to talk to the creators! We were thrilled when creators Roman Santa Croce and Matthew Sumner, agreed to talk to us in this exclusive interview.

“Who’s the Bossk? Do you remember that Trandoshan Bounty Hunter that made his first appearance in, “Star Wars The Empire Strikes Back” back in 1983? Well, he’s come a long way since then and a group of Atlanta Filmmakers, Creative Force Films, have brought him back into the spotlight with their not-for-profit fan film called, “Scorekeeper”! Scorekeeper is set in the Star Wars universe and follows Bossk as he hunts down several Rebel Commandos, Predator style. It’s the Star Wars / Predator fan film we never thought we’d see but, deserve!”

What was your inspiration for the film?

MATTHEW AND ROMAN: Our inspiration started while we were casually playing Star Wars Battlefront 2 one weekend and Roman (playing as Bossk) activated the heat vision and Matthew suddenly jumped to a conclusion that “Holy crap, Bossk is the Predator!” From that point forward Roman and Matthew came up with the Star Wars/Predator mashup of a Rebel Commando team being stalked by the one and only Bossk the Bounty Hunter.

Of all the notorious bounty hunters in the Star Wars galaxy, why did you choose Bossk?

ROMAN: Bossk has always been close to my heart in the Star Wars universe and I’ve always wanted to see more live action screen time for him. When Matt jumped to the conclusion that Bossk was like the Predator we suddenly realized a Fan Film for him was very possible since the majority of Predator takes place in an isolated location. I then took the idea to Bill Johnson – a professional tv/film special fx makeup artist to put our together and try to make the most realistic Bossk we could. Personally we are very happy with the outcome.

What is it about bounty hunters and the Star Wars underworld that is appealing to fans?

MATTHEW: In a universe where there are magic users there are still those ordinary people who overcome their problems with skill, wit, and technology.

ROMAN: I have always enjoyed the aesthetic of bounty hunters and how they each have their own niche. I feel like this is attractive to fans because they aren’t just another Jedi/Sith.

Star Wars fans are some of the most devout and critical when it comes to the genre. Do you worry about how fans will respond to your film?

MATTHEW AND ROMAN: Honestly every fan has their own opinion and they’re entitled to it. We feel like this film delivers the respect for BOTH Star Wars and Predator while keeping it within the limits of the universes. We truly made this for fans and as a tribute to Bossk as a way to modernize him in the Star Wars timeline.

Do you think we will see Bossk in the Disney+ series, The Book of Boba Fett?

MATTHEW AND ROMAN: We really hope so. He has always been a favorite of Roman’s and that would be really amazing to see him on the big screen again in a more modern technology. 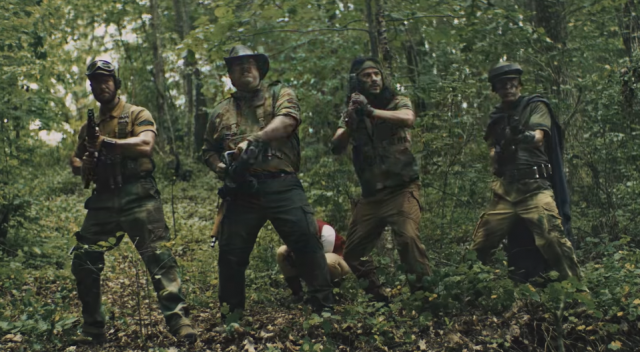 What were some of the challenges creating this film?

ROMAN: The biggest challenge was the presence of Covid-19 during our production. Me being a member of the Directors Guild of America I deemed it an absolute priority to keep the cast and crew safe during production. After going SAG Signatory us producers kept stringent rules and regulations in effect while shooting and made sure to keep all production days under 12 hours to keep crew health up. I’m very happy to report that we had zero cases of exposure and everyone felt it was a very successful shoot.

MATTHEW: Apart from Covid-19 we never really encountered any major challenges that we couldn’t overcome. I’m really glad to have worked with union professionals on a very well run set. There was never a moment that I was working that I felt in danger, honestly it felt like home.

Do you think that fan films, if done right, positively contribute to the Star Wars saga and the fandom?

MATTHEW AND ROMAN: Absolutely. The thing about the Star Wars universe and how vast and expansive it is. We like to think that the original creators wanted fans to explore this world and create their own stories to share with others. It’s like when you’re a child playing with toys and creating your own story-lines in that universe – just apply it to Adulthood. 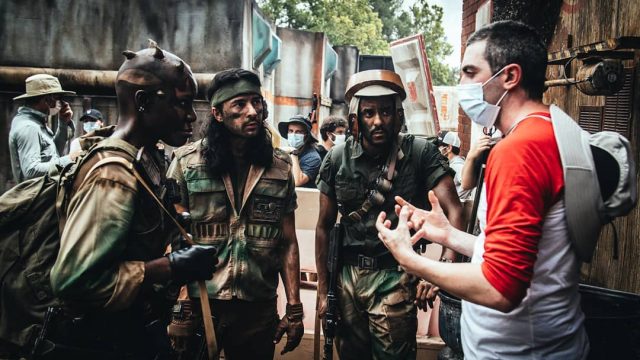 What advice would you give to new filmmakers?

ROMAN: My best advice is to never say “I can’t.” Always approach a project ready to solve all the problems in order to complete it. The best thing to do is keep creating and involve yourself in projects even when they’re not your own. Film-making is about experience, and it isn’t something you can simply learn in a classroom.

MATTHEW: Along with what Roman said, approach every problem with a positive attitude and surround yourself with people you like and enjoy being around. I always tell people, “Work hard on your vision, because people wake up from dreams.” In other words keep making your ideas a reality and don’t let thoughts weigh you down.