My son-in-law (TOTAL Star Wars fan) and I were chatting one day about character names for future recipes. He is conversant in both canon and non-canon works, as well as all the films, books, and cartoons. He mentioned the strange story about a droid who happened to be strong in the Force. I said, “You must be kidding,” and he said, “I kid you not.” 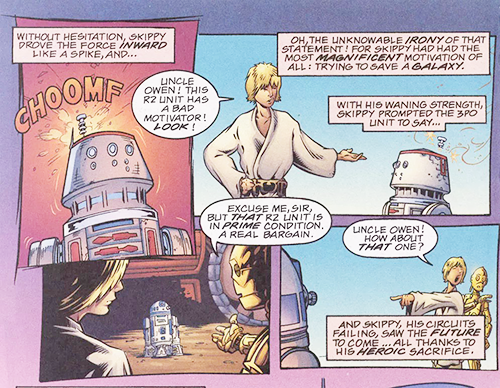 This droid happens to be the little red one, R5-D4, whom Luke Skywalker and his Uncle Owen purchase to work on their moisture farm. R5-D4 apparently once worked at Jabba’s Palace serving drinks, just like R2-D2 does later on. One day, a drink nearly spilled, but R5, or Skippy, as he is more affectionately called, was able to prevent the glass from falling—by using the Force.

Later on, Skippy ended up on Tatooine in the same Jawa Sandcrawler with R2-D2 and C-3PO; Skippy sensed their higher purpose. Apparently, Skippy used the Force to influence Uncle Owen to choose him as his new droid. Skippy, however, was prone to visions. As he was walking along with his new owner, he began to sense that R2 was truly the crucial droid in the scheme of things. He realized that he could do something heroic to further the cause of the Rebellion.

And so—he blew himself up. Skippy the Jedi Droid saved the day! 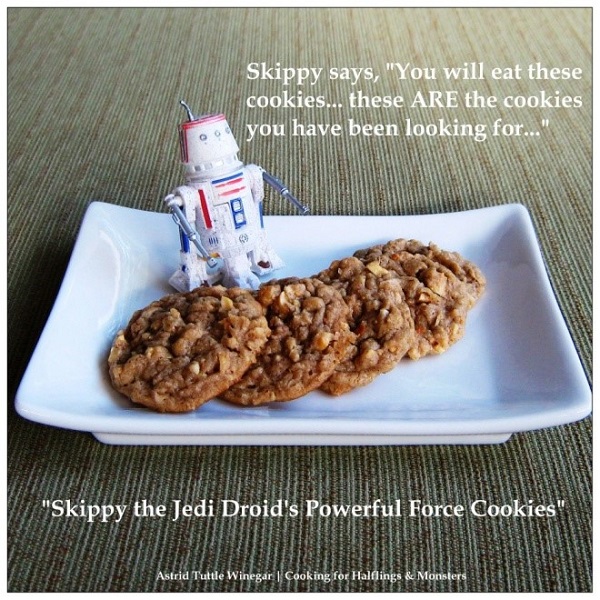 Preheat oven to 375°. Lightly coat 2 large baking sheets with cooking spray. Cream together the butter through vanilla in a large bowl on medium speed for a minute. Add the flour through baking soda and mix well on medium for 1 minute. Add the peanuts and coconut and mix for another minute. Divide into 24 portions and place on pans. Bake 9-11 minutes. Let stand on pans for 2 minutes. Rack carefully. Cover and store at room temperature. Makes 24. 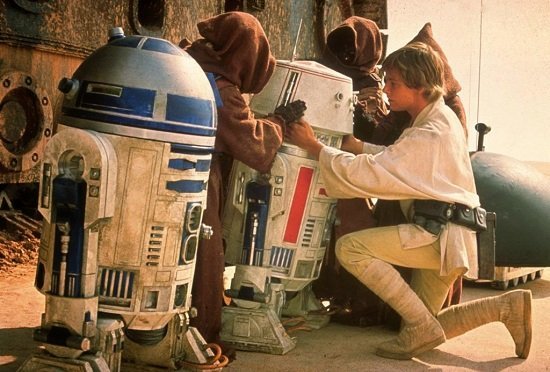 Astrid Tuttle Winegar is the author of Cooking for Halflings & Monsters: 111 Comfy, Cozy Recipes for Fantasy-Loving Souls , which is now available from Oloris Publishing and Amazon! She loves Middle-earth, Narnia, the Final Frontier, and many other things besides. She has a special love for the Galaxy Far, Far Away. She lives in the enchanted city of Albuquerque, New Mexico, with her husband and dog. Visit her website for more information: Astrid Tuttle Winegar | Cooking for Halflings & Monsters.