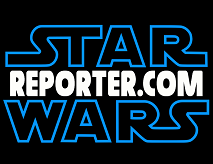 The name Star Wars Reporter was inspired by the celebrity news site, “The Hollywood Reporter“. The idea was to become the “Hollywood Reporter of the Star Wars universe”. Luckily, the .Com was available! Along with reporting on the latest fandom news, the goal of the founders and staff is to deliver contests, giveaways, interviews, original content, videos and the upcoming PODCAST to round out our complete coverage.

We look forward to the journey and hope that you journey with us!
Email: contact@starwarsreporter.com 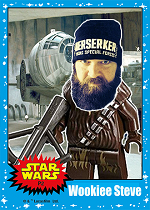 He may look like an extra from the History Channel’s “Vikings”, but from the moment Steve Fitch first watched Star Wars: A New Hope in the theater when he was a child, he wanted to be Luke Skywalker when he “grew up” (and STILL does!). He now shares this passion with his wife, two daughters, friends and fans. Steve is the Founder of Star Wars Reporter and when not immersed in all things Star Wars, you can find him flipping 650 lb tires in the gym, researching all things VIKING, or spending time with family and friends. FOLLOW Steve on TWITTER: @WookieeSteve 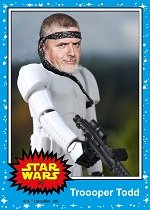 The year was 1977, Todd just started kindergarten and one event changed his entire young life… he saw Star Wars in the movie theatre. The next 10 years everything in life circled around that galaxy from far far away. The toys, comics, picture books, trading cards, every drawing was Star Wars. But he wasn’t alone, he had very good friend to share this experience with, Wookie Steve! But unlike Steve Todd was always fascinated with the bad guys, Stormtroopers were just so cool looking, and try name a more iconic bad guy better than Darth Vader. His love for the Sci-Fi world was a heavy influence that lead him to the Film and Television industry. One day he would go on to create a spoof short film “Puck Wars” which combined 2 of his favourite things, Star Wars and Hockey. 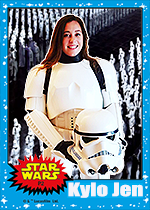 Jennifer Beauvois is a mom and all around Star Wars fanatic living in Southwest Florida. Jennifer is also an active member of Rebel Legion, the “Good Guy” branch of the Star Wars costuming and charity group, the 501st. When she isn’t talking about Star Wars to anyone who will listen, Jennifer also loves racing sailboats, table top games, and crafting gifts for her friends and family. Twitter: @KyloJen 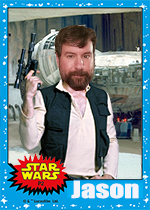 Jason Alan is the author of Phate: The Cosmic Fairytale, the epic fantasy novel to be published on October 9th, 2015, by Oloris Publishing. Jason lives in Cape Coral, FL, and when not working, he’s seeking out new things to ramble about on the Star Wars Reporter, working on Phate’s sequels, or shredding his fingers on the guitar, which he plays for the progressive band, Mourning’s Hope. Come say hey! And Follow Jason Alan on Twitter @JasonAlanPhate 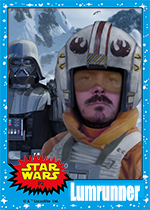 Wayne Humfleet hung up his childhood obsession with the rhinestone jumpsuits and motorcross mayhem of Evel Knievel one warm summer night when the words “A long time ago, in a galaxy far, far away…” came up on a movie screen in Michigan when he was just 11 years old. Since that day his love of Star Wars (especially wretched hives of scum and villainy) has been a central fixture in his life. While serving in the United States Air Force, Wayne began to explore the cantinas and back alleys of the galaxy through West End Games’ Star Wars Roleplaying Game and even served as a contributor to that groundbreaking and iconic line of products by serving as a freelance author in the mid-1990s on the Star Wars Adventure Journal, the Heroes and Rogues supplement, and other products. Humfleet’s ideas, particularly those regarding the repulsor vehicles known lovingly among fans as “swoops,” have continued to influence the franchise through the years and the impact of his contribution can be seen eveywhere from the classic Knights of the Old Republic video game to 2018’s Solo: A Star Wars Story. He currently lives in Madison, Wisconsin where he and his wife are raising three daughters rebellous enough to join Enfys Nest. 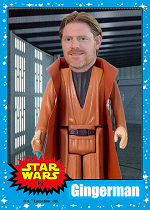 One of Eric Postma’s earliest memories is seeing The Empire Strikes Back in the theater. That was all it took to make him a fan of Star Wars for life. Whether it was devouring the old EU books and comics or binge watching Clone Wars on Netflix, he has never lost touch with the films and the world they created.Currently, he edits and ghostwrites fiction and non-fiction at Gingerman Editorial when he isn’t busily indoctrinating his six kids in the ways of the Force. Follow him on Twitter @gingermaneditor 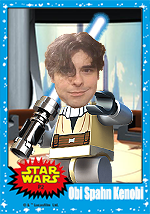 James Spahn is a life-long fan of all things Star Wars. His earliest memories are of sitting on the living room floor, watching the original film on Beta Max. He is a father, husband, and writer who has done extensive freelance work in the table-top gaming industry. He is obsessed with all things related to the Jedi and a total Luke Skywalker fanboy. Follow him @ObiSpahnKenobi on Twitter. 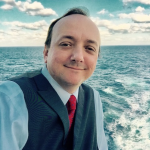 Astrid Tuttle Winegar is the author of “Cooking for Halflings & Monsters: 111 Comfy, Cozy Recipes for Fantasy-Loving Souls” (in paperback and epub formats from your favorite online booksellers). She loves Middle-earth, Narnia, the Final Frontier, and many other things besides. She has a special love for the Galaxy Far, Far Away. She lives in the enchanted city of Albuquerque, New Mexico, with her husband. Visit her website for more information: Astrid Tuttle Winegar | Cooking for Halflings & Monsters. Staff Reporter. 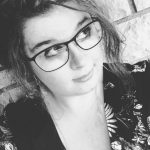 Since the age of five, Miriam has aspired to write swashbuckling adventures for all walks of life, and she is currently pursuing the world as a journalist and co-editor of a small-town, Minnesota newspaper. Miriam has a Bachelor of Arts in Communication and Christian Study from Crown College (St. Bonifacius, Minn.) and has been avidly studying the theological principles of Star Wars since 2015. When not at the office or chasing down news, she can found in her writing den, in front of a movie, or simply enjoying coffee.